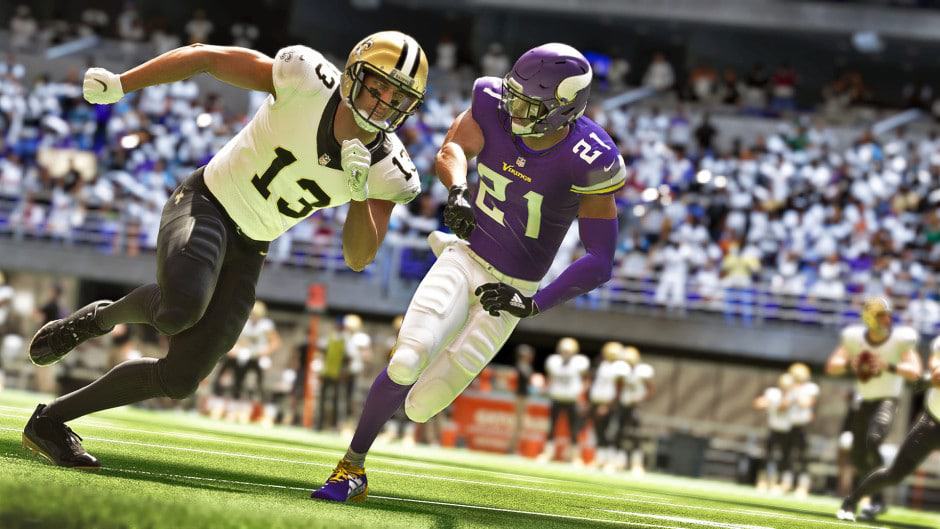 Even a worldwide crisis couldn’t delay the next Madden game. It looks like Madden 21 will land on our doorsteps on the 25th of August this year – only 22 days later than last year’s edition.

To get fans excited, a trailer has been released that shows off some of the action we can expect in the game.

As we can see from the trailer, some of the brand new features include realistic open-field control, new and improved ball-carrier mechanics, and even the ability to control your end-zone dances.

“Madden NFL 21 will bring players closer to the field than ever before with an unrivaled football experience and innovative gameplay including improved ball-carrier mechanics for all-out control in the running back and receiver positions and enhanced D-Line mechanics that make the pass rush positions more responsive, and fun to play.”

EA will also be offering “Dual Entitlement” across all platforms. This is pretty similar to what we’ve already seen with Microsoft’s “Smart Delivery” program. Dual Entitlement lets you buy Madden NFL 21 on either PlayStation 4 or Xbox One and then lets you upgrade to PlayStation 5 or Xbox Series X for free.

So, for those who have been holding off on any big game purchases until the consoles come out, you don’t have to worry with this one.

This offer is only available until the release of Madden NFL 22 and it won’t work if you buy this year’s Madden on a disc, so keep that in mind.

When Will Madden NFL 21 Be Released?

If this trailer’s got you pumped for the next Madden game, there’s not long to wait for the release.

Madden NFL 21 will arrive on PC through Steam, Xbox One and PlayStation 4 on August 28th. Pre-orders are already open and if you manage to pick up the MVP version, you’ll even get a 3-day early access with a few other freebies chucked in for good measure.

What do you think of the latest Madden NFL game? Will you be picking the game up when it releases? Let us know in the comments below.