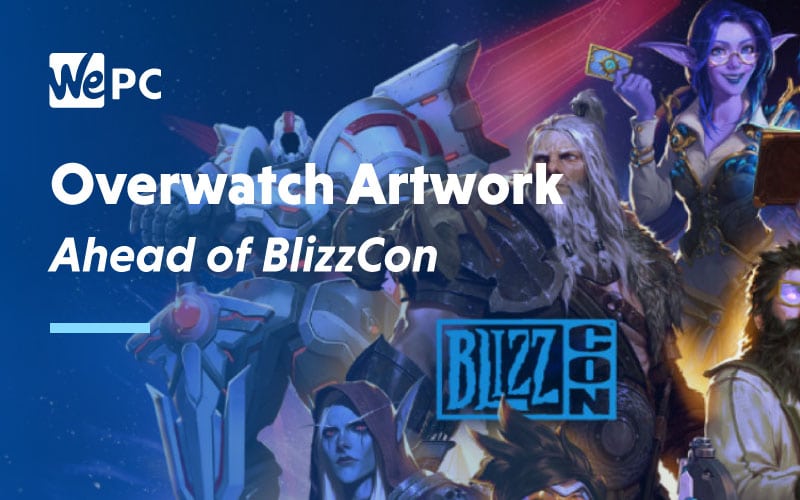 We’ve got some new details for fans of Overwatch. For those looking forward to Overwatch 2, another huge leak from Blizzard has got fans excited ahead of BlizzCon this weekend.

We’ve got a glimpse of some Overwatch 2 artwork that features old heroes (and one new one) that can be found on the Blizzard Gear Store.

The newly leaked artwork has been titled “ow2-fine-art-gallery.png” in the URL. A fitting name for the image, though perhaps not the most subtle of titles, we must admit.

The new artwork shows some of Overwatch’s popular heroes launching into battle. You can see Tracer, Brigette, Reinhardt, Mei, Winston, Genji, and Mercy in the artwork. There’s also an appearance of Echo, who has been rumored as the brand new hero coming to the game.

I Can’t See The Artwork – Why?

Currently, if you try to visit the website address for the Overwatch artwork on the Blizzard Store, you’ll see a 403 error. This just means you don’t have permission to view the page.

However, if the artwork is official, which it does look that way, we imagine that this page is likely to go live during BlizzCon this weekend. We’ll keep our eyes open for new announcements and confirmations over the artwork.

What Overwatch 2 Information Can We Expect At BlizzCon?

This comes after recently leaked information from ESPN revealed that Blizzard had plans to unveil Overwatch 2 at BlizzCon this weekend.

The leak suggested that we would discover more about the new character Echo, and it even went as far as to leak a new game mode called “push”.

Back when Ashe joined Overwatch as a new character, we got an animated short introduction where Echo was first announced as a character – this was almost a year ago now.

Fans have since been speculating exactly when we’ll see this new character will arrive in the game. Since it’s been a whole year almost since Echo was first announced, we think that now would be a nice time to announce they are joining the Overwatch world – marking the anniversary since their first introduction. After all, Blizzard likely won’t benefit from keeping fans waiting any longer to hear about an upcoming character.

Fans jumped on this after Rod Breslau, an industry insider suggested that the new hero would be announced at BlizzCon. However, he has since deleted his tweets and updated his story, realizing that there’s a possibility it might be untrue. With this new information, we’re not quite sure what to expect at this weekend’s BlizzCon but we hope that whatever comes up will give us some more solid information about Overwatch 2 – whether that’s regarding the characters or gameplay. Although in an ideal world, it would be both.

We’re looking forward to seeing what will be announced this weekend either way. As always, whatever information is revealed by Blizzard, we will be sure to keep you posted and updated.