Don’t worry if you missed the lastest updates though – we have all of the latest information and newest products to be released right here – check out what was announced below! 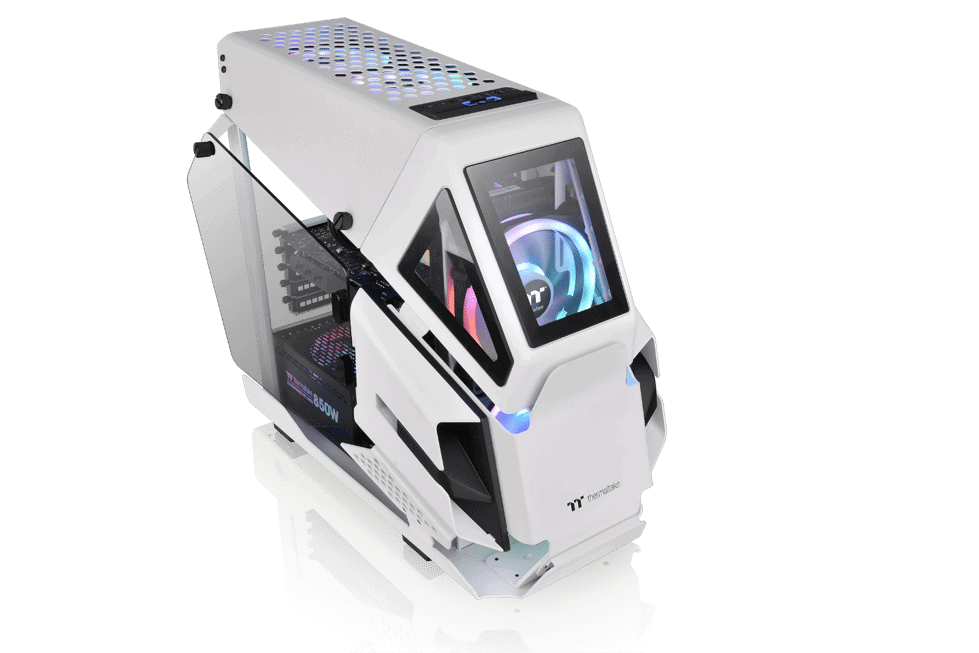 Thermaltake has announced the upcoming release of the AH T200, a brand new PC case that follows on from the launch of the T600, albeit a smaller version. If you were interested in a case that Thermaltake described as being their first-ever ‘military-inspired’ design, but wanted to wait for a smaller form factor for a case, then this could well be the option for you.

Available in two separate color options (black and ‘Snow’ white), the case is a micro version of the T600, complete with the same Air-Force like design and 3mm tempered glass completing the look. As far as features go, you can expect one type-c connection, one HD audio port, two USB 3.0 ports, and one HD audio port as standard on the case, with the option for users to install four 140mm fans on the front and top of the case or a 280mm radiator on the front of the case.

That’s a lot for a case of this size, and if that isn’t enough then you might be interested to learn that thanks to the modular design of the case users can tinker and mod the case to their own liking – making this a brilliant compact, nontraditional chassis to look out for. 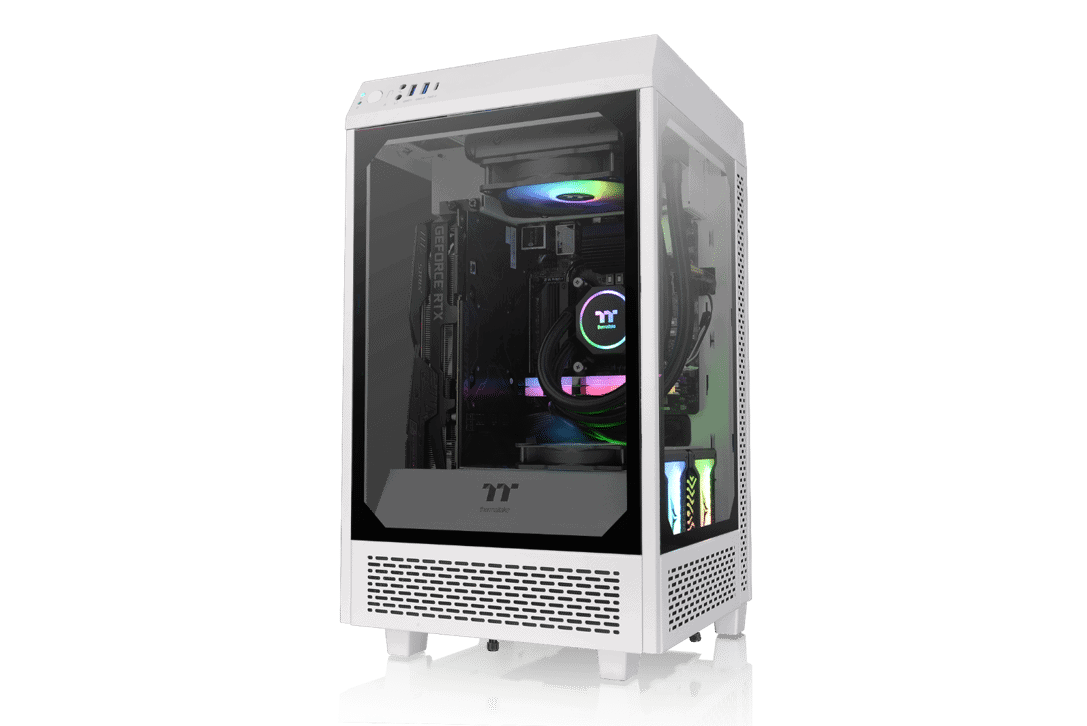 Again, the case will be available in both black and white, with support for mini-ITX motherboards included, as well as support for connections including one type c connection, two USB 3.0 ports, and one HD audio port. Similar to the AH T200, but with a different design that might keep minimalists happier than they would be with the AH T200.

Its made with three 4mm tempered glass panels as well, which can all be removed (as can the top panel) allowing for easy access to your PC for simple upgrades and tinkering. Whilst there isn’t as much room for personalization or modding in this case as there is in the AH T200, you can be sure that there are a lot of space-conscious builders out there with their eyes on this sleek, minimalist case.

Jumping right back into non-conventional case types that appeared during the Thermaltake 2020 expo, the Distrocase 350P is certainly one to look out for if you are a fan of mid-tower chassis’ that break the mold.

With the entire PC mounted on one Distro plate, the Distrocase 350P comes equipped not only with 48 fully programmable LED lights as standard, but also with ‘its own water channels, reservoir, and multiple inlets and outlets’ so that builders can fully customize and create their own water loops and cooling systems as they want to – providing a much more customizable cooling option than some other mid-tower chassis. Very advantageous if you are looking to build a gaming rig to impress.

A true open frame cased, the Distrocase 350P will come with 5mm tempered glass on one side, as well as the front and back to fully show off the interior of your PC, as well as the cases own ingrained LED systems.

Outside of cases, PC gamers and enthusiasts will be excited to hear that Thermaltake is looking to release brand new power supply options under the Toughpower brand. Set to arrive in 650W, 750W and 850W variants, these different power supplies are rated 80 plus platinum, and can deliver up to 92% efficiency under real-world conditions. Pretty impressive stuff.

What’s more impressive is that the new design of these PSUs doesn’t allow for heat accumulation at the bottom of the unit, instead allowing cold air to pass right through thanks to a repositioning of the PCB and the use of a 120mm hydraulic bearing fan. If you're worried about noise though, don’t be, as these units will all be capable of emitting zero noise when working at 20% or lower of their capacity. Good stuff. If you're looking for a viable, well-performing PSU, then check these out when they launch later in June. 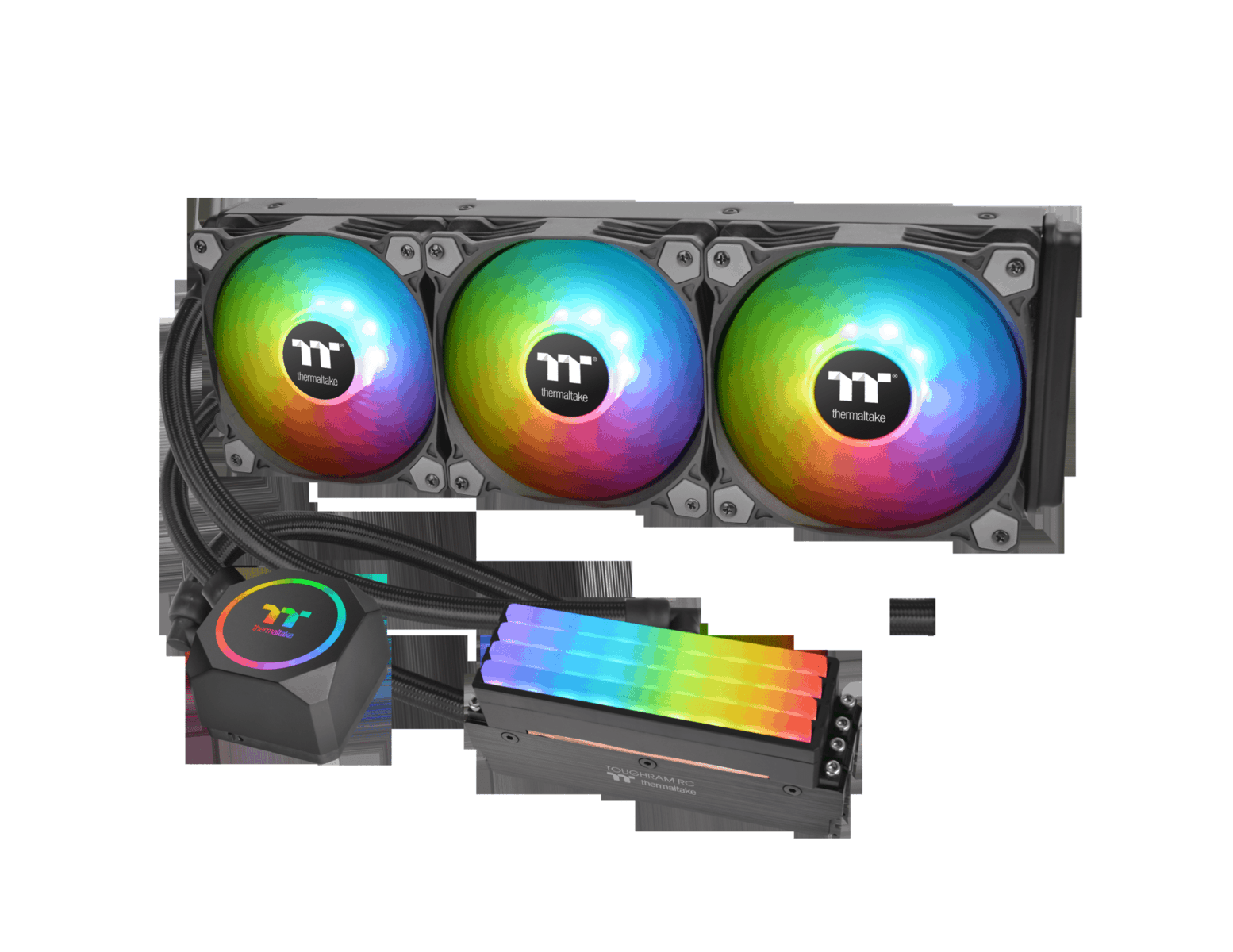 Now onto cooling. What might grab most PC gamers' attention is the new Floe RC CPU & Memory AIO Liquid Cooler. What’s so great about this cooler you ask? Well, the 240mm radiator is connected to the pump head and memory container, and then the memory interconnects back to the pump head itself. How the functionality of this is going to pay off, we will have to wait and see, but it’s a great idea and very promising – plus it looks great.

The other announcement came in the form of a Toughram reveal – but you can learn all of our thoughts on the Toughram in our in-depth review right here. Of course, this isn’t everything that Thermaltake revealed during their conference – you can check out the full videos on Youtube to learn more about all the different peripherals they demoed right here.

Otherwise, check back with us tomorrow to learn what other new products have come out of the Thermaltake 2020 expo, and what they could mean for the future of PC builds. 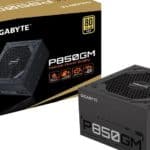 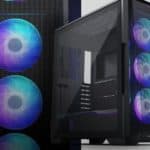 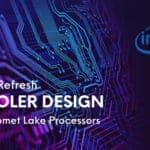