Developer Crystal Dynamics and publisher Square Enix are going all out with Marvel’s Avengers exclusive content.

Leaks that surfaced earlier this week suggested Virgin Media, Verizon, and Intel customers were in the running for tie-in content after Crystal Dynamics revealed a PlayStation exclusive Spider-Man character and challenge missions.

Virgin has officially confirmed the collaboration, revealing that alongside the content, customers can pick up early access to this weekend’s beta run even if they haven’t pre-ordered the game. If you happen to be a Virgin customer, you can hop over to the company’s website here and apply for a beta code.

Verizon followed suit with an official announcement confirming a similar beta access path and describing the goodies as ‘timed exclusive in-game content,’ implying the content may conceivably be available to non-customers somewhere down the line.

“Verizon has issued the call for customers to join forces and excite their summer plans by securing early access to one of the most anticipated video game releases of the year: Marvel’s Avengers.

Verizon today announced a special team-up with Square Enix and Crystal Dynamics that will offer Verizon customers a chance to play Marvel’s Avengers before the general public in a special beta event — along with receiving a digital copy of this action-packed adventure game and exclusive timed content launching September 4th, on us!”

Unlike the playable Spider-Man, these smaller cross-promotion deals only concern cosmetic items. Nevertheless, they should do well to quell some of the frustration felt by people jumping in Marvel’s Avengers on platforms other than PlayStation. The preferential treatment afforded to PlayStation players certainly didn’t go down too well. 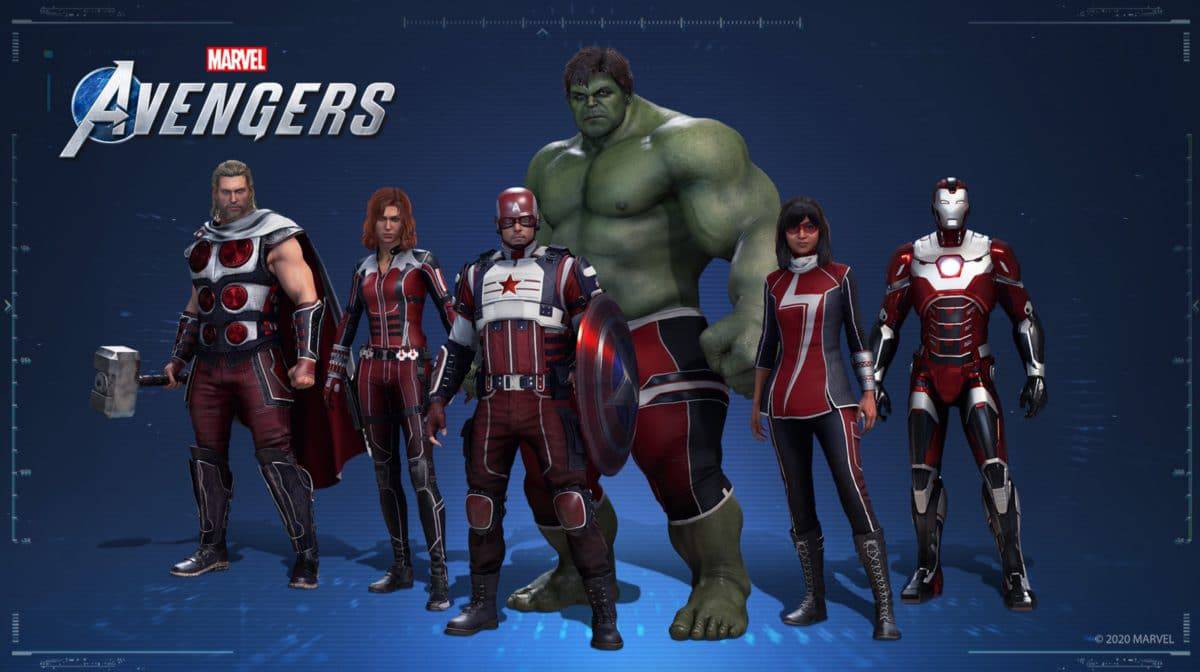 Although the cosmetics are touted as exclusive, they aren’t all that exclusive given Virgin Media and Verizon customers share the same batch of skins that transform the game’s titular Avengers with a rather spiffy maroon and white outfit. Here’s are the official names for each character’s skin:

As for Intel, we don’t yet have any firm details, but it’s likely the tie-in content will be bundled alongside the company’s heavily-rumored KA processors, which rather fittingly ship in Avengers-themed packaging. As for the items, the Intel collab should grant a different set of skins, including the Hulk sporting a Mr. T-inspired look, chains and all, and emotes.

Alongside, details of a 5Gum tie-on suggest bubble-gum chewing emotes, currency, and more are also on the cards. It seems this one will only be available for those playing from the US, though.

Crystal Dynamics’ Marvel’s Avengers launches on September 4th for PC, PlayStation 4, and Xbox One, as well as PlayStation 5 and Xbox Series X later this year. The developer is hosting a beta event this weekend. On PlayStation 4, it’s an open beta available to everyone, while on PC and Xbox One only those that have laid down cash for a pre-order can jump in (or Virgin and Verizon customers).