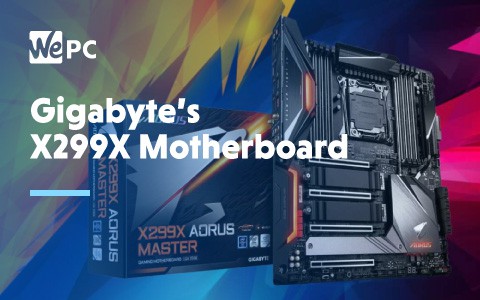 These new chips will be priced at half the amount the previous-gen Skylake-X models were. This means these motherboards are likely to get some positive attention.

While these motherboards will use an Intel X299X moniker, it’s worth noting that they will be using the same chipset that was brought out two years ago. The X simply shows us that the boards were built for the latest Cascade Lake-X processors.

Specs And Features Of The Motherboards

Built with server-grade components, these motherboards also have robust 16-phase power delivery subsystems and eight DDR4 memory slots which can take a huge 256GB of RAM. They can also support multi-GPU configurations and can take on Nvidia’s Quadro graphics cards.

The X299X motherboards will be built with fresh power designs and thermal solutions. They will use Thunderbolt 3 support and achieve 5Gbps to 10Gbps network connectivity.

The Thunderbolt support is thanks to a pair of US Type-C ports delivering bandwidth of up to 50Gbps.

If you’re interested in using Intel’s Optane module, then you’ll be pleased to see that the motherboards have built-in PCIe x4 M.2 slots where you can install Optane or create a VROC disk array.

As Cascade Lake-X chips come equipped with four more PCIe lanes than previous-gen Skylake-X CPUs, these lanes won’t be available on any previous X299 motherboard. This means that the new boards are the only way to use full I/O capabilities.

Alongside this, there is also an AIO cooling design to keep the processor cool and Gigabyte’s Smart Fan 5 technology to give you complete control over the fans and temperature sensors.

When Can I Buy It?

As this news is pretty recent, the full details aren’t yet out for us to tell you. Gigabyte is expected to release them for purchase soon though.

As of yet, they haven’t specified pricing so we will have to wait and see when they finally release them.