While we've known about AMD's B550 chipset for a while now, team red has remained tight-lipped about what exactly it will offer budget PC builders using AMD Ryzen 3000-series processors. AMD has yet to even officially unveil the chipset, fuelling rife speculation as to what it will entail.

A new image of a motherboard with the BB550 chipset reportedly from a manufacturer has surfaced online, courtesy of VideoCardz. The motherboard allegedly comes from Chinese manufacturer SOYO. This suggests that manufacturers may be prepping for an announcement from AMD before pushing out the new low-cost motherboards to consumers. 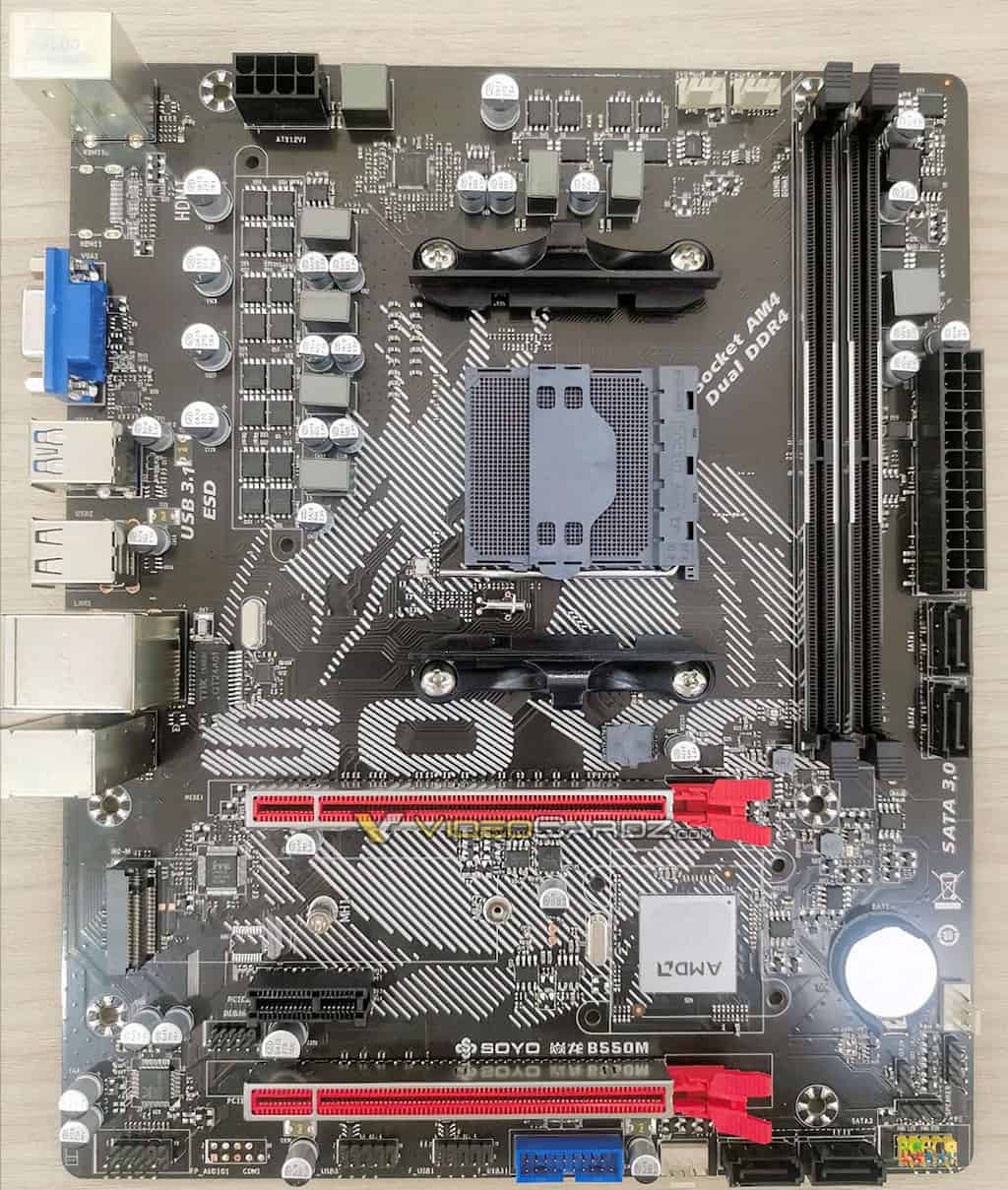 The motherboard is reportedly known internally at SOYO as 'beggar motherboards,' a generic name referencing budget motherboards within China.

While details are scarce, the motherboard with the BB550 chipset appears to support PCIe 4.0 on all slots as opposed to the limited one slot compatibility of the B550A chipset. It seems geared towards AM4 socket CPU, features two dual DDR4 slots, USB 3.1, and two PCI slots.

Format-wise, the motherboard is a Micro-ATX, and as VideoCardz notes, it features a 'brown PCB, red PCIe slots, and blue VGA connector' with a dragon motif etched on the board itself. It doesn't look like the highest quality motherboard we've ever seen by any stretch of the imagination, further backing up the suggestion that AMD will aim the BB550 firmly at the budget gaming market.

With no official word from AMD, all this remains speculative, but there's a good chance we may be seeing the B550 chipset sooner rather than later based on this latest leak.