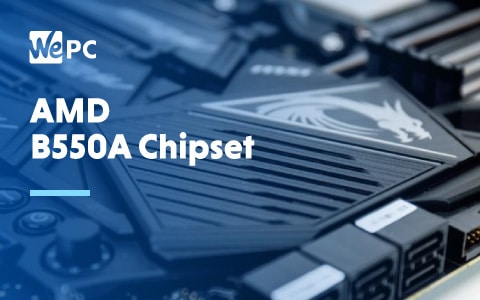 AMD has recently made a comment regarding the B550A chipset. This news comes from Robert Hallock, one of AMD’s chief marketers. Hallock made a statement on the AMD subreddit that appears to show that the B550A chipset will be slightly different from the B550 chipset.

How This News Unfolded

This all came about when a user made a comment on a Reddit post showing a pre-built system using a B550 motherboard. Usually, we wouldn’t put too much stock on news from Reddit comments but as this one comes from Hallock himself, it is worth a mention.

In response to a comment about AMD’s naming conventions, Hallock said “No, it has a B550A motherboard. This is a version of the PCIe Gen 3 “Promontory-LP” (e.g., X470, B450) chipset specifically for use in pre-built systems (e.g. OEM customers).”

From this comment, we can get the idea that the B550A could be a refresh of the 400-series motherboards that AMD offer – these can be found in a variety of pre-built systems.  When asked why AMD is creating a B550A chipset Hallock replied “OEMs are customers, too, and they may have different needs and wants than a DIYer. Not every product decision is considered through the lens of a channel product.”

What This All Means

It appears that the reason the B550A exists is solely due to a demand that OEMs have, that normal customers do not. If for example, OEMs simply require a refresh on some older hardware in order to keep costs down in pre-built machines, this is something that customers simply wouldn’t buy into.

It’s also likely that many people who buy pre-built systems don’t want to know the ins and outs of how a computer works, they simply want it to function straight out of the box. This requires less feature-rich hardware, as long as it runs smoothly.

With this news coming from a Reddit post it’s interesting that AMD even went out of their way to comment at all. This news may have simply passed under the radar if they didn’t get involved.

In one way, this is great for customers that like to communicate directly with brand representatives, but it also begs the question, is AMD commenting just to clarify naming conventions? Or will there be further news on the B550 chipset soon?

We still don’t yet know what the B550 will look like specification, pricing, and feature-wise. Hopefully, it will be landing soon, or at least some additional news will surface.