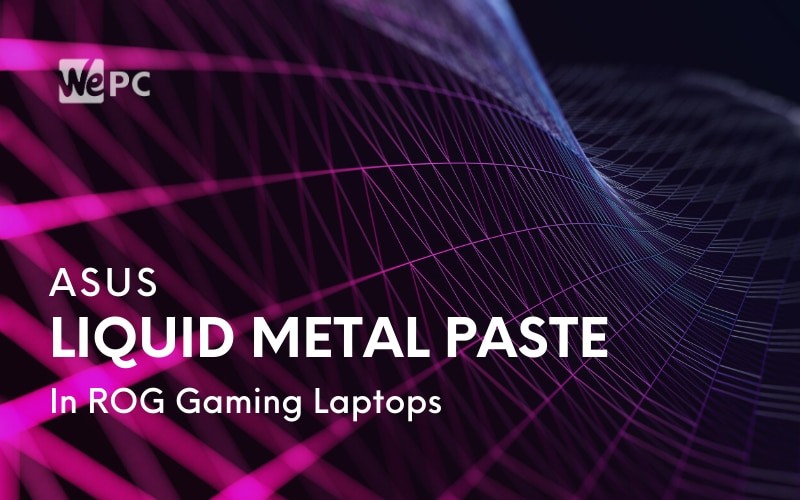 Asus reports that the company has fine-tuned a new manufacturing process to apply liquid metal thermal compound to CPUs in its line of ROG Gaming laptops that will ostensibly result in a significant reduction in temperatures. Asus explains this should provide headroom to up performance, introduce higher clock speeds, and reduce fan noise.

While liquid metal thermal paste is favored among builders, notably those keen on overclocking their CPUs, it is notoriously painstaking to apply and, until now, was limited to by-hand application, which makes incorporating the compound into the mass assembly process very complicated. Consequently, it’s hard to come by in the mass-produced laptop market.

Asus explains that liquid metals are characterized by a low melting point and high conductivity, which means they effectively transfer thermal energy between the processor and heatsink. Asus says results saw the CPU temperature drop between 10 and 20 degrees centigrade in specific tests.

Asus has, however, honed in a proprietary automated process and machine that successfully applies the liquid metal thermal paste on a large scale, which means we’ll soon see it in the upcoming 2020 ROG Gaming laptops.

As for the process itself, Asus explains that a mechanized arm equipped with a silicon brush glides across the surface of the CPU seventeen times applying the liquid metal thermal paste in human-like motions in the process. Seventeen is the magic number for complete coverage. A stainless steel shim ensures the compound doesn’t spill over beyond the die onto the surrounding area.

The brush phase is then followed up with a dosage top-up, which sees extra compound added to two points on the CPU die. The first brushed layer is said to help spread the new dose of liquid metal paste evenly thanks to surface tension.

Asus has reportedly fully integrated the process into his manufacturing assembly line.

Asus has decided to use Thermal Grizzly’s Conductonaut paste, thanks to a lower concentration of tin. There’s no official collaboration with Thermal Grizzly, though, partly because Asus was keen to keep the project hushed before launching it in earnest.

While the new process certainly promises to keep laptop CPU temperatures low, there are some limitations. The main one being that Asus is currently only able to apply the method to Intel 10th Gen Core CPUs. Asus explains that the layout of AMD chips means the application process is likely to short circuit the surface-mounted circuitry.