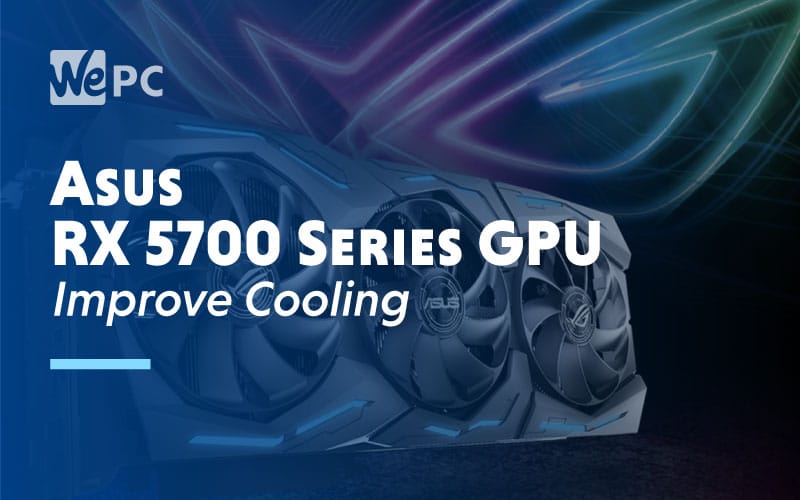 The main difference worth noting for these new revised models is that they offer a better cooling system than was already in the original TUF Gaming RX 5700 series. One of the biggest criticisms of the 5700 series from tech reviewers was that it had a poor cooling solution.

So, it’s good to see that Asus has taken these comments on board and promised to deliver improved performance for users in the future. Asus has achieved this improvement by using an aluminum fin-stack heatsink.

What Else Is Different With The Revised Models?

Another change that Asus has brought to the 5700 and 5700 XT models is adding a new Axial-Tech fan design to the cards. This will improve the way that the cards push air out towards the central heatsink for overall improved cooling performance.

These Axial Tech fans feature a smaller hub which allows the fans to use longer blades as well as a barrier ring to increase the downward air pressure in the machine. This offers the ability to improve airflow and dispersion throughout.

Another change is that Asus has ensured that when the GPU core temperature drops below 55 degrees Celsius, the onboard controller brings fans to a standstill, which keeps the overall noise down. When the temperature rises, the fans will start to spin again to keep it cool when it needs to.

Also on offer is a 2.7 slot design for the graphics card. This new design allows more heatsink surface area, which increases the thermal headroom. This then increases the overclocking potential for the PC because it allows the fans to run at lower speeds in light workload scenarios.

Asus has made some changes to the dual ball fan bearings meaning that they have improved durability and can last twice as long as standard designs.

Auto-Extreme Technology refers to an automated process that is becoming a new standard in the industry. It allows all soldering to be completed during a single pass. This reduces the thermal strain on components and makes the cards more reliable overall.

Asus hopes that these small changes to the design of the cards will be enough to improve cooling and therefore overclocking performance when it’s needed for both the RX 5700 series and the RX 5700 XT series.