True to form, Dell’s presence at CES 2020 in Las Vegas is felt both on the event floor and at home thanks to a bevy of new hardware ranging from laptops to monitors and a conceptual foldable laptop display.

Here’s everything showcased by Dell at CES 2020.

Overall, we can expect longer battery life and a full edge-to-edge keyboard. The Dell XPS 13 went on sale yesterday, January 7th, 2020, in select countries, including the UK and US. It’s available starting at $999.99.

The Latitude 9510 banks on stylish productivity and is aimed at the business sector with a 30-hour battery. It also incorporates Dell Optimizer’s built-in AI and machine learning that adapts the system and most used applications to increase battery life, improve loading times, and fine-tune other resource preservation smart features.

The display is FreeSync compatible 15″ inches with FHD 1080p at 144 Hz for the top-shelf configuration. Thanks to AMD SmartShift power distribution tech, the Dell G5 15 SE works to optimize the CPU and GPU for the best gaming experience possible.

Dell UltraSharp 27 4K PremierColor Monitor borrows much from the UltraSharp 27 model but throws in built-in concealed colorimeter fixed below the display, Thunderbolt 3, and a pixel density of 163 dpi destined squarely for professional-level users.

In terms of colors, it ups the ante with 100% coverage of the Adobe RGB spectrum, 98% coverage of DCI-P3, and 1.07 billion colors. Dell UltraSharp 27 4K PremierColor Monitor launches in a few short days on January 15th and will retail for around $2000.

Touted by Dell as the world’s first height-adjustable 42.5″ monitor with 4K support, the UltraSharp 27 4K PremierColor Monitor is Dell’s upmarket option. Through support for connectivity to up to 4 PCs, the monitor is all about maximizing productivity. The idea is to have multiple smaller screens merged into one massive display.

The Dell 86 4K Interactive Touch Monitor is an 85.6″ 4K display aimed at collaborative business work. It’s a touch screen, and you can also use a stylus. The display is fully interactive so that you can add or remove notations, write text, move around components, etc. It arrives in April 2020.

The Dell 27 E2720HS Monitor is geared towards the low to mid-market with an FHD 1080p display, VGA and HDMI connectivity, adjustable stand, integrated speakers, cable management solution, and a wide range of color gamut coverage including 85 of CIE1976, 72% of CIE1931, and 16.7 million pixel color depth.

Both models feature a 27″ 1440p monitor but differ in terms of connectivity. The P2720DC is a USB-C model with 99% coverage of the Adobe spectrum and 16.7 million color depth, while the P2720D sticks to DisplayPort and HDMI alongside 1.07 billion colors.

The Concept Ori and Concept Duet are conceptual laptop prototypes.

The Concept Ori is a foldable tablet geared towards expanding multitasking and notetaking possibilities. It hopes to bridge the gap between a tablet and a PC with full interactivity.

The dual-screen Concept Duet is quite similar, except it’s more like having a duo of monitors that can be folded over for portability. One side can be used as a keyboard or physical keyboard attached for double the screen space.

Dell is guarding the specific specs closely, but they are expected to have around 13″ displays, and Microsoft is reportedly developing Windows 10X specifically for these types of devices. 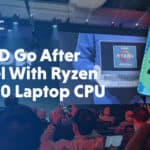 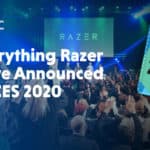 Everything Razer Have Announced at CES 2020 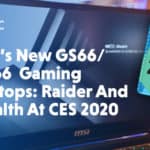 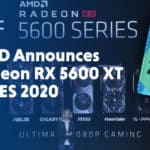