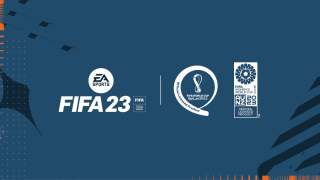 FIFA 23 marks the end of the long-running partnership between EA and FIFA but EA sure wants to go out with a bang.

That’s why they’ve revealed not one, but two, World Cup modes coming to this year’s game as post launch content updates.

For the first time, both the World Cup Qatar 2022, which kicks off this November, and the Women’s World Cup Australia and New Zealand 2023, will feature in FIFA 23.

“People will be clamouring for football, and we have the opportunity to take advantage of that global momentum,” line producer Matthew Lafreniere said in a presentation to media.

There were not many more details given about how the World Cup will play a part FIFA 23, other than it will take place in FIFA Ultimate Team.

In a statement on the website, EA confirmed the mode would arrive for FIFA 23 fans at ‘no extra cost’.

We predict there will be a specific mode that lets you guide your chosen team to victory, much like the Custom World Cup Kick Off Tournament mode we saw in FIFA 18.

An updated ‘Kick Off’ which lets you jump in with friends or battle it solo in a World Cup environment could also make an appearance.

What modes could be in FIFA 23 World Cup Mode?

EA confirmed the mode would be part of Ultimate Team. If it is anything like previous iterations of the World Cup in FIFA games, we’ll EA likely see some form of online World Cup that FUT players can take part in.

FIFA 18 saw a new addition to the World Cup Mode known as ‘Icons’. Icons were the World Cup version of Legends but it had a bit of an adverse effect, leaving many FUT squads with similar players and chemistry.

It will be interesting to see what having the World Cup half way through the game will do for the content that will be released.

The addition of the Women’s World Cup is welcome – and it’ll be interesting to see how that plays out in Ultimate Team.

What would we like to see in FIFA 23 World Cup Mode?

This could be a pretty hefty list, but there are a ton of features we’d love to see included.

The most important one, in our view, is making sure that stadium atmosphere is on point will be vital to creating the World Cup atmosphere.

It can’t just feel like a friendly – EA has to somehow manage to capture the emotion and spectacle that comes with a World Cup match.

They did a brilliant job in FIFA 18 – capturing the thrill of walking out in front of thousands of die-hard supporters. This was backed up with an authentic TV presentation package, which helped make every match feel like an event.

Smaller details, perhaps a zoom in to the crowd looking nervous during a penalty shoot out. Or Mexican waves, could really help World Cup matches come alive.

During FIFA 18, all of the World Cup content was in a separate game mode, at the end of the game. This time around, because the men’s World Cup is during the winter this year. So the rumours are that there will be many tie-ins and cards to the tournament, including the first promo of the game Ones to Watch.

With the World Cup falling half way through the season for the first time, we now know that it will not be its own game mode in FIFA 23, but instead ongoing content that will come to FIFA 23’s Ultimate Team. We already know of the Heroes that release on the 11th of November, and we should expect the rest of the content around then.

What was in the FIFA 18 World Cup update?

Looking back, and there was actually a ton of content that EA released in the FIFA 18 World Cup update.

One of the biggest introductions was World Cup Man of The Match Ultimate Team Cards – rewarded to players who impressed on the big stage.

If you already had a player who gets a MOTM upgrade, the ratings were automatically updated.

Every new player item that is packed in World Cup FUT also had the new ratings. These items were not available in the regular version of FIFA 18 Ultimate Team.

These cards were awarded throughout the entire competition – from the Group Stages to the Final.

We’re expecting to see something similar this time around in FIFA 23’s rumured World Cup mode.

Elsewhere, there were other unique features that arrived with the FIFA 18 World Cup mode.

The Custom World Cup Kick Off Tournament mode let you rewrite history and enjoy a custom version of the World Cup with any country. While an updated ‘Kick Off’ let you jump in with friends or battle it solo in a World Cup environment.

There were also a number of FIFA 18 World Cup Stadiums included in the update.

All of these were available to FIFA 18 owners on PlayStation 4, Xbox One, Nintendo Switch and PC through a free content update on May 29

Yes. EA has confirmed the World Cup expansion will launch after the main game at no additional cost, as cited on the EA Sports website. 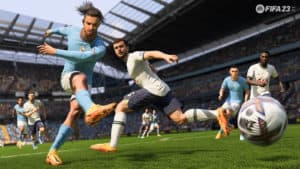 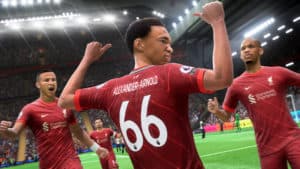