Gigabyte, a leading motherboard manufacturer, has joined others in announcing support for Intel’s new Raptor Lake processors via a BIOS update. 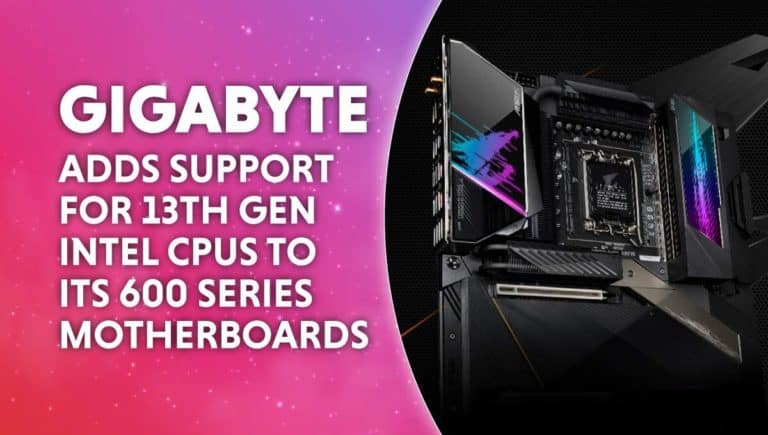 Table of Contents hide
Gigabyte adds support for Intel’s Raptor Lake CPUs to its 600 series motherboards
What does this mean for the launch of Intel’s 13th gen CPU?

Gigabyte adds support for Intel 13th gen into its 600 series motherboards: Gigabyte has easily been in the top three best motherboard manufacturers for the last 5 years, providing an outstanding platform for both AMD and Intel. Allowing enthusiasts to squeeze every single drop of performance out of some of the most high-end chips on the market.

It seems Gigabyte is going to be bringing that performance forward to the 13th generation of Intel CPUs. As Gigabyte announced that it’s adding official support to all of its LGA 1700 socket 600 series motherboards for Intel Raptor Lake CPUs.

Gigabyte announced that the support for Intel’s new generation will be available across all of its Z690, B660, and H610 motherboards. This also includes the DDR4 models, so rest assured those of you that are still running DDR4, you’re not being left out just yet.

Gigabyte is among the latest motherboard manufacturers to announce support for Intel’s upcoming Raptor Lake CPUs. The list of companies that have already announced support includes ASUS, ASRock, and MSI.

Gigabyte specifically says that support will be added for the “new generation Intel Core processors” but we all know what they really mean. Intel’s 13th gen Raptor Lake CPUs are the only thing they could possibly be referring to.

What does this mean for the launch of Intel’s 13th gen CPU?

While a single motherboard manufacturer adding support for a CPU generation isn’t a fool-proof way to determine a product’s release date, we do have a small collection of manufacturers that have pushed the boat out in terms of 13th gen support.

The fact that four major players in the motherboard manufacturing industry are all implementing support within a month of each other, suggests something has been said.

We can speculate all we want, and the truth is that we won’t know when Intel plans to release Raptor Lake until it’s announced. But we can take a look at Intel’s recent behavior and draw some conclusions from that.

Intel’s 13th gen chip proves to be a much tamer update than Zen 4 promises to be, according to benchmarks. This suggests that Intel may try to push out a release before AMD does to hurt sales of AMD’s CPUs.

We observed behavior similar to this when Intel released an unplanned i9-12900KS just weeks before AMD was set to debut its 3D V-cache with the Ryzen 7 5800X3D.

With all this being said, with the motherboard manufacturers adding support for Raptor Lake and Intel’s recent business strategy, we could be looking at an August/early September release date for the 13th gen CPUs. 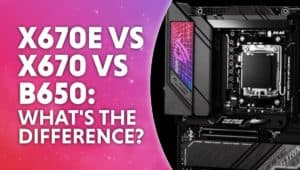 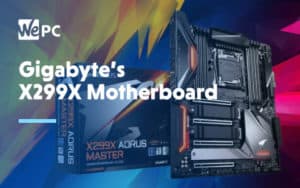 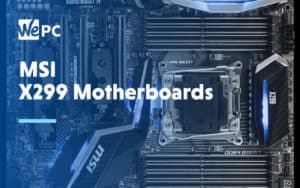 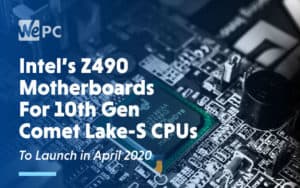