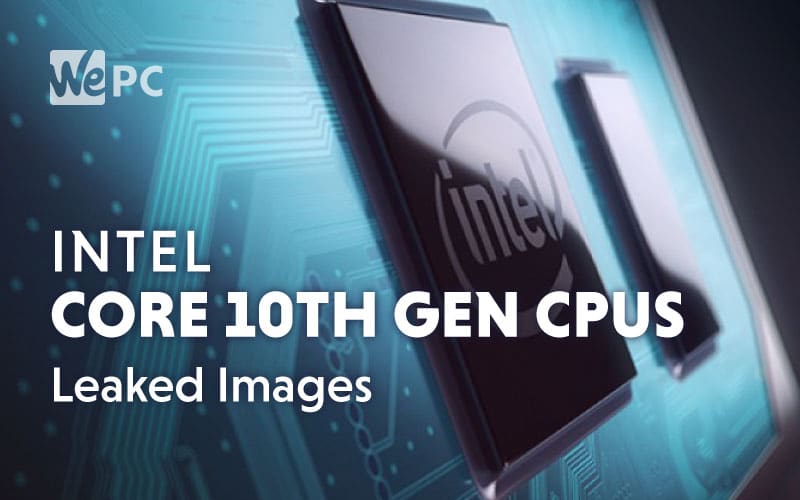 While we still wait for an official announcement for Intel’s 10th generation of desktop processors, we are thankfully still getting the odd leak here and there. This time, we have some blurry images from Weibo user WolStame as well as an upload on Imgur showing some of the new CPUs.

What Do The Leaks Show? 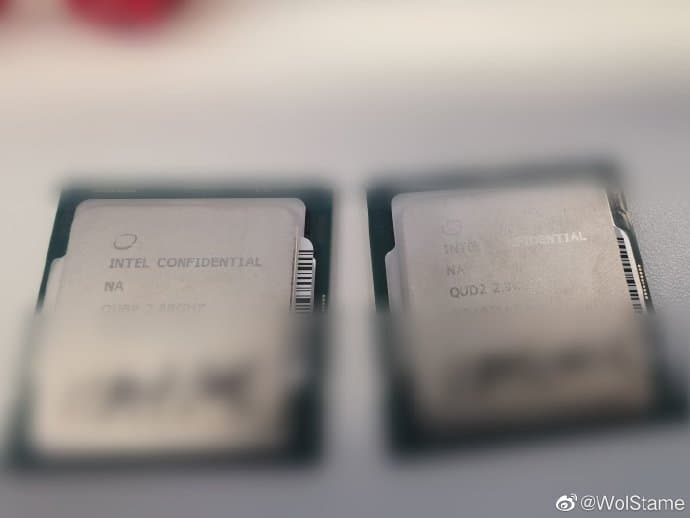 While the first set of leaks are quite blurry, we can see two processors thought to be the Core i9-10900K and i7-10700K chip. While we don’t know if these are the real deal or not or even if they are just engineering samples, we can also grab a glimpse of the underside of the CPU’s pin arrangement.

These pictures can be seen more clearly on a Twitter post by user HXL who has reuploaded the original pictures. We can see from the underside of the chip that these processors are indeed built on the new LGA1200 platform as seen by how the electrical circuitry has been arranged. 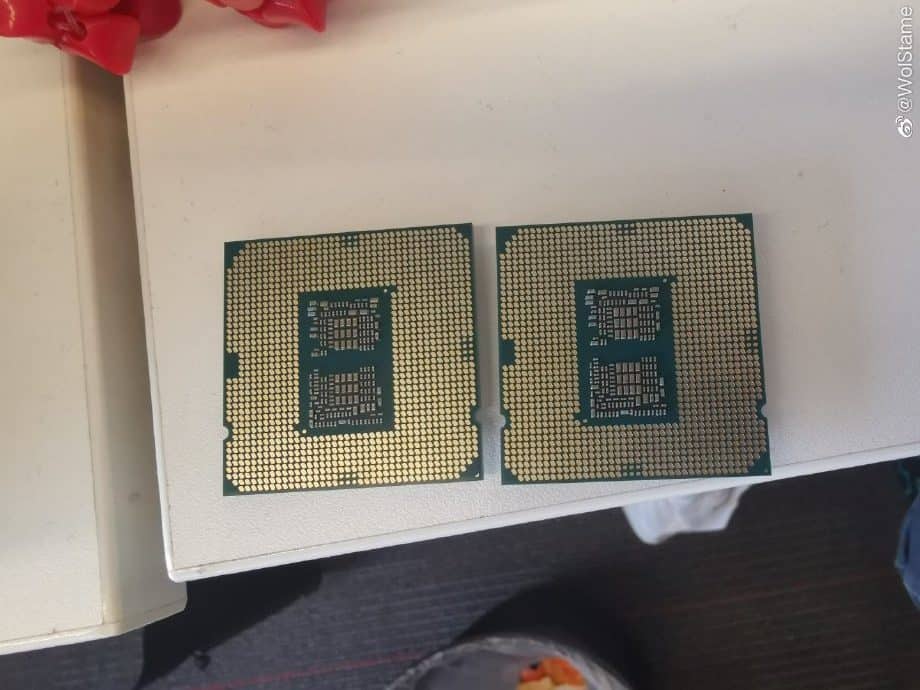 This has led to many people believing that these images are the real deal. With the rumored release date of April coming up pretty soon, we could start to hear some more details of these chips any day now.

The other set of images that we’ve come across are a lot clearer than the ones from WolStame. These seem to show a finished version of the Core i5-10400 processor and while we can’t rule out the possibility of Photoshop, these don’t look like engineering samples.

While these images trace back to an Imgur upload, if true, they do give us an idea of what we can expect – especially if this is a leaked retail version rather than an engineering sample.

On the top of the chip, we can see that it has been stamped with 2.9 GHz as the base clock, something that lines up with other leaks we have seen. On the reverse side of the processor, we can see that this chip is built on the LGA 1200 platform which leads us to believe it is authentic.

If we go off past leaks, this chip will consist of 6 cores and 12 threads with the ability to boost to 4 GHz. We’ll keep our eyes open for any additional information we can spot on these new processors, but if images of the retail product are starting to leak already, we could be seeing a release sooner rather than later.