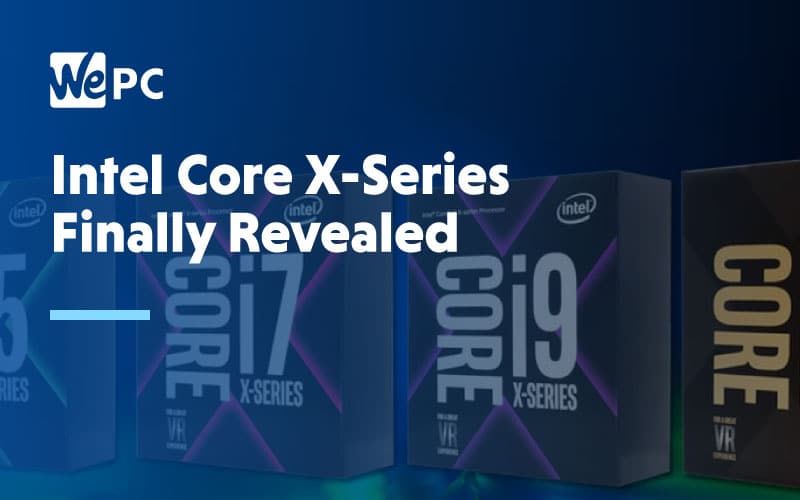 Intel has recently confirmed the existence of its new X-Series of desktop processors. This marks the 10th Generation of Intel Core CPUs so it makes a very important and timely announcement.

Intel has announced four i9 chips that boast boosted clock speeds which will reach 4.8GHz, with the core count climbing as high as 18 and the thread count reaching 3.

Their specification sheet gives us some insight into the new X-Series of chips and how they look to focus on improvements in multi-tasking and creative pursuit performances. This will set them up as solid competitors to AMD’s Ryzen 3000 series of processors.

The processors featured in the X-Series will be unlocked which gives you plenty of opportunity for overclocking.

The physical makeup of the new processors

Intel has kept quiet about the physical architecture of the chips, including the awaited answer on whether they’ll be able to reduce the size of its 14-nanometre manufacturing process.

So far, there hasn’t been any update on whether the X-Series chipset will support the Z390 chipset used by 9th Generation Intel Core CPUs. Intel confirmed that more details on this will be revealed soon enough so if you want these questions answered, you’ll have to be patient.

An interesting thing to note about Intel’s new processors is that they all feature a surprisingly high 165 TDP. We think that this suggests Intel hasn’t altered the processor architecture for these new offerings. Perhaps they are attempting to get as much performance as they can out of the 14-meter nanometre architecture.

While the architecture is still a bit unclear, Intel has provided plenty of details on the specs, price and expected release window which is good news for us curious lot. When will Intel’s Core X-Series be released for purchase?

Intel announced that they are aiming for a November release for the X-Series which means we really don’t have too long to wait to find out more about them.

The four new revealed i9 chips are likely to become available in November, with the i5 and i7 processors probably coming out a little later on.

How much will it cost?

The next question you might have is how much will this set you back?

At the top of the scale is the Intel Core i9-10980XE Extreme Edition. This is for those where money is not an issue as it’ll set you back a huge $979. With this price, you’ll get 18 cores and 36 thread count. However, it’s important to mention that the boost clock speed remains at 4.8GHz, the same rate as the previous two models in this series.

Will you be looking to purchase one of Intel’s new X-Series offerings? Which one would you go for out of the released lineup?