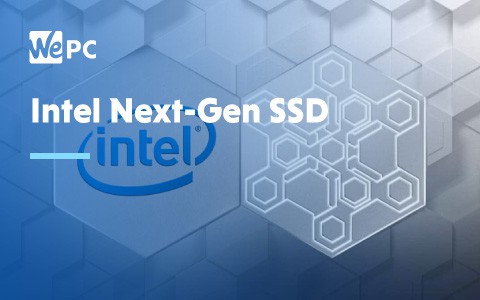 Intel made some very boastful claims during its memory and storage event held last week, making the statement their Penta-level cell SSDs will be vastly superior to the competition. The Penta-level cell in question is Intel’s follow up to the quad-level cell that is currently in use.

The quad-level cell can mainly be seen in current high-capacity SSDs that are in use today. This technology has allowed them to be more accessible to the everyday user and more importantly, their wallets.

What does this claim mean?

To break this down a little, although the current quad-level cell technology is great in a number of ways, the downside to the low cost, is the hit it has on the hard drive’s endurance and storage speed. While the price point may be alluring, the potential hard drive failure and loss of data isn’t.

So far, the only company that has openly spoken about its work on the next-gen NAND technology is Toshiba, and what they have stated isn’t promising.

Toshiba appears to be pointing its efforts into mitigating the failings of the ‘push to store five bits per cell’. They have also stated that another part of the problem is that reading the PLC NAND accurately is difficult. If reading this, you may be wondering why Intel is so confident in the technology. You wouldn’t be alone.

The good news is that Intel appears to still be very confident in this technology, confident enough to claim that the way their memory is constructed gives them a competitive edge to help dominate the next generation lineup of SSDs. Their key factor in this is the adoption of a floating gate cell compared to a charge trap flash.

What’s the difference you may ask? Charging trap flash has been traditionally used by NAND manufacturers in order to lower production costs through fewer process steps and higher yields. The downside of this, according to Intel, is that data retention capabilities are impacted – something that is critical in SSDs. Intel’s solution of their floating gate cell will apparently mitigate this with their floating-gate cells offering larger and more reliable read windows.

While these claims from Intel sound promising, it looks like we still have to wait and see before we have conclusive evidence to judge for ourselves. It is also a bit worrying that Toshiba is struggling with this and look to be working on their own floating gate technology.

If Intel’s claims are true, the good news is that we will hopefully see better SSDs available in the near future, with greater technology inside them. For now, though, it looks like we will have to wait and see.