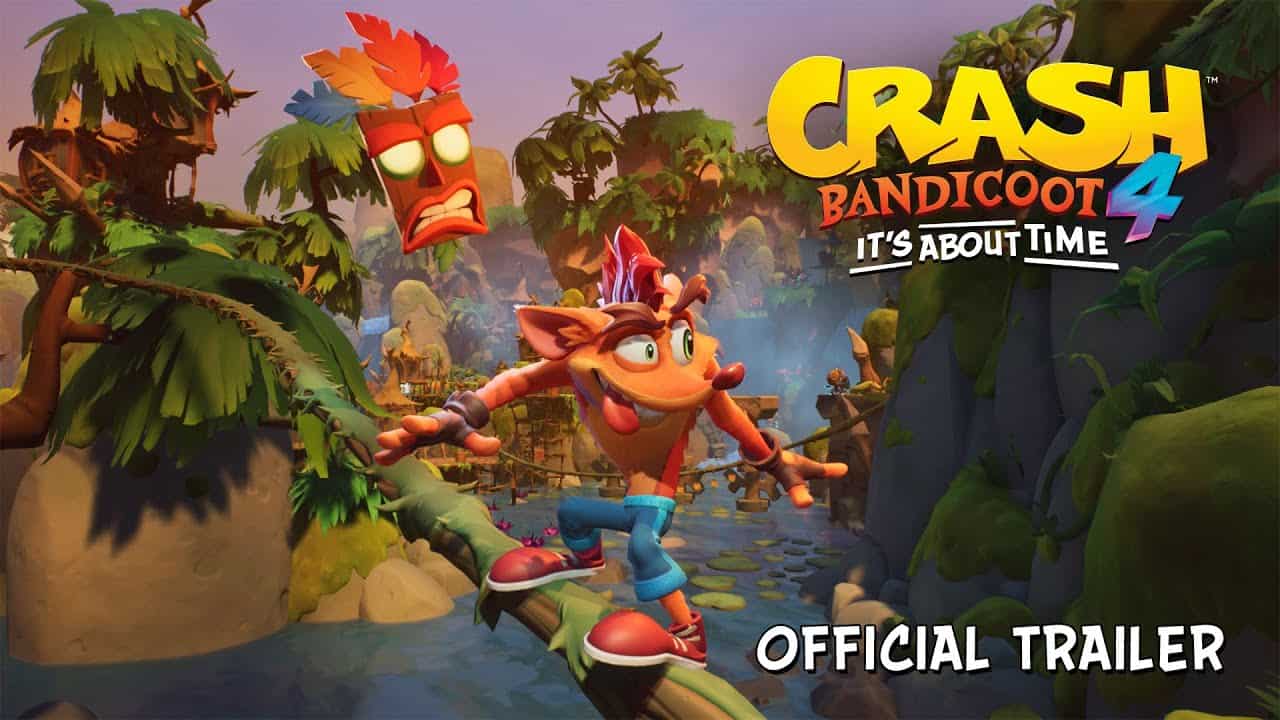 After a series of leaks, Activision finally confirmed that Crash Bandicoot 4 would be coming soon. Less than 24 hours later, we got the first trailer as a nice surprise.

This title is set to be a canonical sequel to the popular Crash Bandicoot: Warped that made its PlayStation debut over 20 years ago. That’s not to say that there haven’t been any worthwhile titles in the meantime, but fans of the series will be excited to see how the story evolves.

Set to act as the sequel that fans never got, Crash Bandicoot 4 is built from the ground up and will look to emulate all the great platforming action that fans of the original games know and love.

What Did We Learn from the Trailer?

In Crash Bandicoot 4, you’ll be able to play as either Crash or Coco as you make your way through colorful, challenging levels that we can already see ourselves playing over and over again.

The sequel picks up as Neo Cortex, Dr. Nefarious Tropy and Uka Uka manage to escape their prison and by doing so split the boundaries of time and space. It’s up to Crash and Coco to team up and save the day.

You’ll have new powers to play with that include some type of reverse gravity suit and a slow-motion suit. With the ability to manipulate time and flip the world upside down, we can’t wait to see how it changes up the platforming action.

You’ll also travel to a variety of new worlds on your travels including an underwater world, a busy cityscape, and a lava-filled area with a pretty angry-looking dinosaur.

If you want to see more of the action, an extended gameplay trailer has also been released.

When Will Crash Bandicoot 4 Be Released?

The great thing is there isn’t too long to wait for Crash Bandicoot. Crash Bandicoot 4: It’s About Time will be released on October 2nd, 2020. It’s coming to PlayStation 4 and Xbox One, but the game is available for pre-order now. There’s no PC release confirmed yet, but all the other recent Crash games, plus the Spyro remake, all eventually came to PC, so we’re sure this will too before long.

We can’t wait to see what it’s like to play and are already getting some 90s nostalgia. What did you think of the Crash Bandicoot trailer? Will you be picking this title up for a bit of nostalgia? Let us know what you think in the comments below.