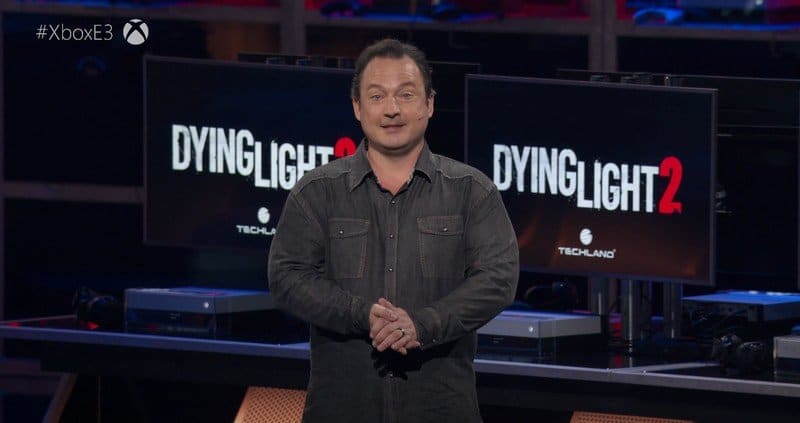 Over the weekend, multiple women in the games industry opened up to share stories of their experiences with Chris Avellone, where he was accused of being unprofessional, creepy, and in some cases even a sexual predator.

Avellone has been well known as a writer behind a lot of iconic RPGs, and since his departure from Obsidian games in 2015, he has worked on a variety of games big and small in a freelance capacity.

In response to these stories, many games studios with upcoming projects that he was involved in have sought to distance themselves from him, and confirmed that they will not be working with him going forward.

Avellone had been working on Dying Light 2 with Techland, but they have offered this statement, confirming that they have terminated their professional relationship:

Here's the statement regarding our cooperation with Chris Avellone: pic.twitter.com/ozLXZdVPZw

He had also been named as one of the writers on Vampire: The Masquerade: Bloodlines 2. In a statement given to Gamasutra, publisher Paradox say that his involvement was brief and that his work had already been discarded prior to these revelations anyway.

Update: Bloodlines 2 publisher Paradox Interactive has been in contact to explain that Avellone was only "briefly" involved in the project, and that "none of his contributions remain in the game that Hardsuit Labs is continuing to develop."

Gato Salvaje, the studio behind RPG The Waylanders have said that his contract had already concluded, they won’t be working with him any further, and they will be reviewing any of the content that he had produced for them

The team here at Gato Salvaje spent the past few days reading the stories shared online and reflecting. We have prepared the following statement with regards to the allegations made against Chris Avellone. pic.twitter.com/GTPjJcXfOs

And finally, Night Dive Studios, who are currently developing the remake of System Shock, announced that they too had not worked with him for several years anyway, and that they went in a different direction since 2018, meaning the work he had done for them would not be making it into the finished game even had these stories not come out.

Chris hasn't been involved in our development since 2017, and we went a different direction with the writing after we restarted the project in 2018.

As one of the very small number of writers working in games that are known by name, and whose association with a project would grant the game a degree of prestige, it’s not hard to imagine a scenario where people witnessing or hearing about inappropriate behavior on his behalf could feel compelled to turn a blind eye. Whether that’s at a studio management level looking to protect the reputation of their games, or low-level staff with relatively little power. This could perhaps explain to some extent why his conduct has gone unchallenged for some time.

He has been for many years considered a “rock star” in the world of game narrative, but perhaps lionizing games industry professionals has the same pitfalls as doing the same for musicians, actors, and other celebrities. Just because you have connected with someone’s work, you don’t really know their true nature, and power can change the nature of a man.

In a predominantly male-dominated industry, with a history of struggling to navigate how to handle incidents of abuse, I think it is a positive step to see these studios seek to distance themself from Chris Avellone given the nature of these stories, and that so far he has not offered any kind of denial or rebuttal to them. Perhaps it’s easier to distance themselves from him, since he was only employed on a freelance basis on these projects, and typically any kind of freelancer working for any kind of company that causes more trouble than they’re worth would likely be on the chopping block.

This particular story is part of a wider movement within the games industry to hold people accountable for abuses of power and to elevate the voices of people that in the past may not have been able to be heard. It’s an area that the games industry needs to mature in, much like how Hollywood and other industries did during the #metoo movement in the wake of revelations about the scale of abuses from movie producer Harvey Weinstein, which ultimately led to his receiving a 23-year sentence on rape charges.