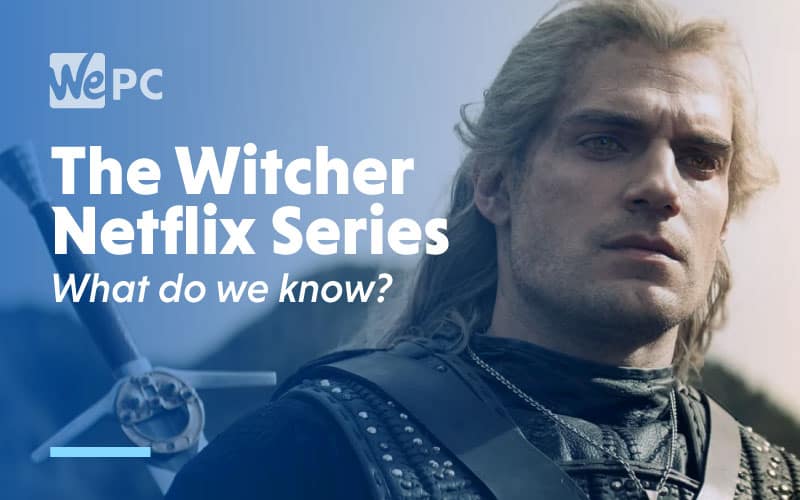 If you’re anything like me, then you’re a sucker for Fantasy RPGs. And, The Witcher series has arguably been one of the best around in the last few years. Geralt’s grizzly nature, the ever-twisting storyline, and the intense combat make this a must-play for any fan of the genre. So, it really wasn’t a huge surprise when Netflix announced they would be adapting the world into an original series.

What is The Witcher?

If you’ve been living under a rock for the last few years, then The Witcher series of games might have somehow managed to pass you by. So, here’s a quick breakdown to get you up to speed.

The Witcher game series are based in the world created by Polish author Andrzej Sapkowski in his best-selling series of books. They follow the story of Geralt, a bounty hunter, and Witcher. To be a Witcher is to be a changed man. They are essentially mutants, the result of experiments to the human body that have turned them into lethal hunters and powerful masters of combat. They are faster, stronger, and more deadly, and everyone knows it.

Throughout the games, there have been multiple storylines for Geralt to explore. In the latest installment – Witcher 3: Wild Hunt, you were able to explore an open world. You could choose which quests to take, and which to ignore. You could help those around you or focus solely on being a killing machine. It gave you a level of control over this unpredictable character that really helped you make the story your own.

Throughout the series, we see other characters appearing regularly, shaping Geralt’s path and decisions, and providing a more immersive storyline. A lot of these characters and plot hooks have been lifted straight from the books; some are original for the series only.

After the popularity of Game of Thrones, fantasy series have been popping up left, right and, center – all trying to get a piece of the action. And, while initial test images from the show left people worried (that wig!), it looks like The Witcher Netflix series may be just the balm we need after Westeros finally left our lives earlier this year.

Before the trailer dropped at SDCC this July, little was known about the series and how it was going to play out compared to the games. But, thanks to our first real look, we now have some pretty solid insights.

Before we talk about what the series will be like, let’s take a look at the trailer itself. If you haven’t seen this yet, get ready. If you have, you know it’s worth enjoying again (and again).

Fans of the game will already have noticed some differences from the beloved series and the Netflix product. This is because, they have announced they will be following the books, and actually have no plans to use the games as source material.

Before you get too upset, this does mean that anyone will be able to watch the Netflix series without it spoiling anything for the games as the books are set before the events of the games take place. This means we get to see almost an origin story for our favorite grizzled Witcher. I, for one, am totally on board with this.

So far, Netflix is yet to announce an official release date, so we’ll have to keep hoping it comes out soon. This late in the year and no date though does mean it is likely to be 2020 before we see the first episode. While we do hate to wait, it does give us a chance to play through the games one more time before it releases.

But, if a recent leak is to be believed, we may be seeing our white wolf on December 17th, 2019. A now-deleted tweet from Netflix Netherlands said that we would have 97 days to wait until the show was released, posted on September 11th. That gives us a possible release date as early as December. Fingers crossed!

As soon as we hear more information, we’ll be sure to update you, so make sure to check back to this page for the latest news.