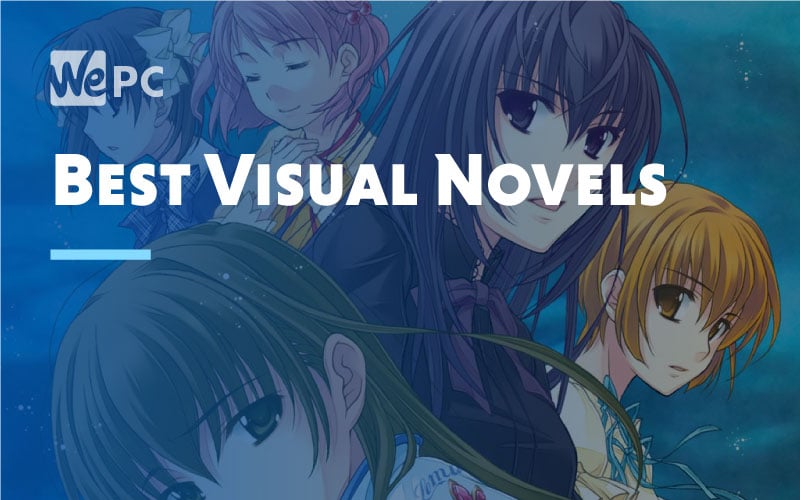 If story-driven games are your thing, the visual novel gaming genre could be perfect for you. Visual novels are interactive games originating in Japan that feature narrative style gameplay. Typically, visual novels use anime-style art but sometimes they use live-action stills too.

Clannad is probably one of the most well-known and successful visual novels out there, previously ranked as one of the best-selling PC games in Japan in 2004.

Clannad follows the story of an average high school student journeying through their final year at school. He meets with several different characters including five girls whose problems he helps them solve together. This title has a branching plotline set up with different predetermined scenarios dependent on which course of action you take.

Moving onto something a bit different here, Steins;Gate is a science-fiction visual novel. It follows a group of students as they discover mysterious technology which allows them to make changes to the past.

The story is widely assumed to draw inspiration from John Titor, the name used on forums from 2000 to 2001 which claimed to be from a time traveler from the year 2036.

The narrative is non-linear in Steins;Gate and offers branching scenarios with multiple courses of action and interaction. This results in alternate endings which means you can enjoy several playthroughs of this title.

Moving into live-action, SIMULACRA is an interesting title that works through a missing woman’s phone.

The concept is simple. You find the lost phone of a woman called Anna and in it, you see a cry for help in a video message. The phone then begins to behave strangely as you discover more information while exploring it. You get to see her texts, emails, photos, and messages from her friends. The aim of the game is to discover what happened to her.

This is an immersive narrative title that provides something new with the use of live actors and real locations throughout the game.

While this game is only a few hours long, you will get the opportunity to see multiple endings if you want to play it a few times.

Long Live the Queen is a visual novel style role-playing game that follows the story of a young princess who must become queen after the death of her mother.

The young princess must face plenty of enemies who wish to steal the throne away from her and make attempts on her life before she is crowned.

The aim of the game is to protect the princess and keep her alive for the next 40 weeks until she hits her 15th birthday and is crowned Queen.

The princess must also engage in lessons on everything from self-defense, magic, logistics, foreign affairs, and the economy in order to prepare her for the throne. These lessons will boost your skills in different areas which can help you unlock further skills or opportunities for progression.

Delve into a cyberpunk dystopian future in this indie bartender simulation game which follows a visual novel style.

VA-11 Hall-A features non-linear gameplay and an overall plotline which is affected by the drinks the player makes and their interactions with the customers ordering them.

Interestingly there are no dialogue options in this game, which makes it a bit different from other visual novel games. Instead, all options are determined by the choice of drinks.

You must also keep your bartender character, Jill, happy outside of work too. You can go shopping, decorate her home, pay the rent, and also text friends which all help keep her focused when she returns to work. Overall, it’s a fairly relaxing game with an intriguing storyline.

Visual novels are great if you want a more relaxing gameplay experience and enjoy narrative elements in other games. With narrative storylines, there is plenty of variety in terms of storytelling style, gameplay, genre, and setting. In this list, we’ve tried to give you a few different types for some variety.

Of course, this won’t cover all the visual novel games you might want to play. If there are any games you think we missed out on this list, be sure to let us know in the comments what your favorite one is.