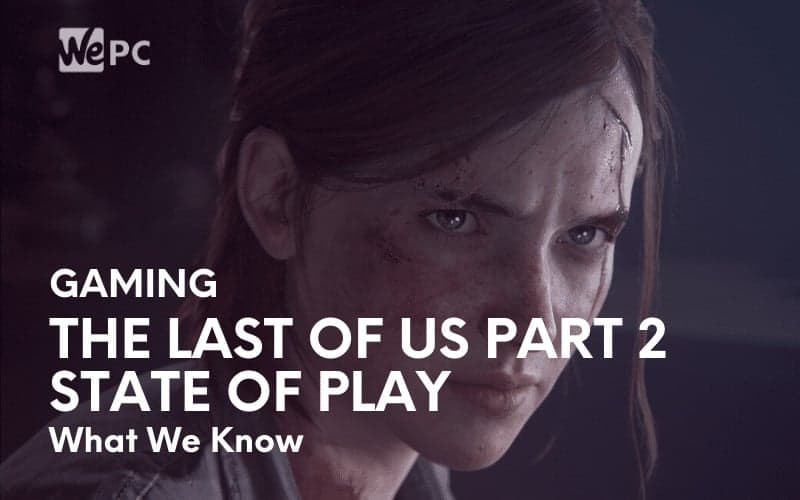 Last night Playstation aired the latest State Of Play, a twenty-minute look inside The Last Of Us Part 2, the long-awaited sequel to the 2013 PS3 smash hit The Last Of Us, and we learned a lot about what to expect in the newest entry into the franchise.

The State Of Play kicked off with a new trailer for The Last Of Us Part 2, featuring a whole host of new and old characters – Joel and Ellie make their return, with Joel giving a pragmatic speech on the state of the world. You would have hoped that following the end of the last game that perhaps Joel and Ellie found solace in one of the many survivor camps they visit on their journey – but it Joel’s speech makes it sound like whatever peace they found, it been taken away again.

Then, Neil Druckmann took to the State of Play to confirm that the game picks up a few years after the end of the last game. Joel and Ellie have settled down in Wyoming amongst a community of like-minded survivors, who keep all the threats of the Last Of Us safely contained outside of their town’s walls.

Ellie is 19 when the story picks up, and thanks to the relative safety of the community she lives in, she has been able to build up lasting, deeper relationships with the people around her. However, Neil is quick to tell us that this peace is short-lived and that following a traumatic event Ellie is dragged back into the outside world to find her revenge.

The story will once again be taking place over a number of different locations and seasons, with the Pacific Northwest and the mountains of Jackson both alluded to as major locations. Apparently it was Naughty Dog’s goal to recreate these locations and cities to a painstaking degree of realism, with the locations rendered in the latest version of the Naughty Dog engine to bring new levels of immersion into The Last Of Us’ world.

Seattle for example is mentioned as a key location within the game. While the city itself will feature a number of different and diverse environments, in the story of the game the city was an important quarantine zone, so it will be very interesting to see how the dilapidated Seattle differs and compares to the real city itself.

What Did We Learn?

New gameplay mechanics were also introduced alongside the unveiling of Seattle as a landmark within The Last Of Us Part 2, with Ellie now able to climb, jump small gaps and use ropes to travel through the world. Horseback riding was also shown as a way for Ellie to quickly travel through the world rather than being restricted to running, and she is also now able to swim – a big step up from the last game, and its floating platforms.

Then, the combat of the game was discussed. Storywise, players can expect two warring factions within Seattle to contend with – the WLF, a militia group who were started in answer to the military occupation of Seattle, and who took control of the city back from the military. Apparently, they are highly trained and well equipped with military-grade weaponry. Then there are the Serapthites, a group of religious fanatics who operate quietly using guerrilla tactics with bows, arrows, and silent weapons in contrast to the WLF who are more upfront.

And of course, there are the infected. The newly infected are referred to as runners, more mobile and aggressive than they were in the last game, the famous clickers who are also making a return in The Last Of Us Part 2, and the stalkers, who pick their moments to attack the player.

The Last Of Us Part 2 will be introducing new levels of infected to players as well, with one such monster being the Shambler. A tank-like enemy, the Shambler is heavily armored and covered in pustules that explode when they are close to the player, burning you in a cloud of spores. Neil did mention more types of infected in the game – but they are saving their reveal for a later date.

Then the different ways to approach combat were discussed. It’s possible to take on a stealth approach, using silent weapons like bows and arrows to take out enemies quietly, whilst using the environment to hide and distract enemies as you take them out. It’s also possible for the player to fall back, let the enemies become confused, and re-start your stealth tactics when the heat has died down.

All-out combat is also an option, with Ellie tipped to be more agile than her opponents. Combat mechanics like dodging will allow the player a way to survive encounters and gain the upper hand on enemies in these situations, though it might be more of a struggle than remaining in stealth. Options like counter attacks, environmental pickups and human shield taking are all on the table in The Last Of Us Part 2, and just like the last game, there will be an element of having a second character assist you via in-game AI, just like Joel and Ellie’s teamwork in the previous game.

Crafting also makes a return, with scavenging playing a vital role in not only finding parts to craft with but also building out the player’s skill tree and options in the crafting menu. Crafting seems to be more expansive in the game, with weapon upgrade paths and equipment options greatly overhauled.

There was also an extended sequence of gameplay shown, that demonstrated a lot of these features and more, including the immersive environments that Naughty Dog have constructed for the world. Visually, the game looks amazing and the gameplay looks much more visceral and brutal than it did in the last, with the in-game audio backing up gruesome violence with all to realistic bashes and slices as Ellie works her way through a group of the WLF.

The Last Of Us Part 2 will launch on June 19, and we would remind you to be careful as you look into the world of The Last Of Us Part 2, as there are spoilers of the game lurking on the internet. Looking forward to the game, or have some thoughts on it you want to share? Let us know in the comments below.