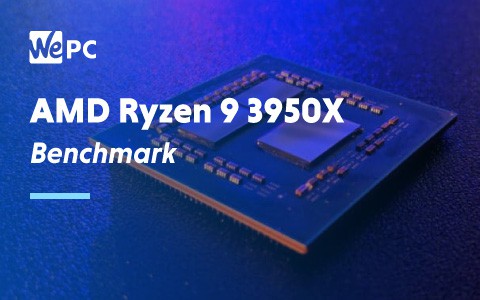 We’ve known the Ryzen 9 3950X is set to pack quite a punch, but these new leaks show just how much of a leap forward AMD has engineered into the chips.

The side by side comparison was made using the Geekbench 5 benchmarking utility in two separate tests.

The second, on the other hand, used a Gigabyte B450 Aorus Pro WiFi motherboard alongside 16 GB of DDR4-3600 RAM to produce 1,314 points for single-core performance and a multi-core result of 11,140 points.

While comparing a CPU aimed at the consumer market and one at the high-end desktop space isn’t strictly useful, the results do mean the Ryzen 9 3950X outperforms the Ryzen Threadripper 2950X by a significant 14.3% for single-core tests and a less impressive 3.9% for multi-core workloads.

Although skepticism is recommended when viewing non-equal comparisons, especially leaked ones that can’t be verified, the Ryzen 9 3950X’s performance shows the power of AMD’s Zen 2 7nm tech. With AMD’s third-gen Threadripper CPUs touted for release soon, we’ll have to see if the Ryzen 9 3950X can keep the crown.

Outdoing a product from the same manufacturer is all well and good, but it’s even more impressive when the Ryzen 9 3950X beats competitor Intel’s flagship Cascade Lake-X HEDT i9-10980XE.

Interestingly, the i9-10980XE test has since been removed. Whether Intel had a hand in this or not remains to be seen, but a consumer chip beating a HEDT chip isn’t exactly the most flattering way to make headlines ahead of release.

It’s worth noting that the two machines have wildly different specifications, notably on the RAM and GPU front, which may have impacted performance, so a dose of skepticism is recommended. Additionally, we don’t know whether the version of the i9-10980XE used in the benchmark equates to the final shipped product or an early sample dished out ahead of a definitive version.

As with the Threadripper above, the i9-10980XE takes aim at a different market share to the Ryzen 9 3950X and has the features to match with 48 PCIe lanes and quad-channel memory. With this in mind, the results of the test bode well for the 3950X but need to be taken in context. The real test will be when the i9-10980XE is matched to AMD’s upcoming third-gen Threadriper, but we’ll have quite the wait on our hands before that one comes to light.

Everything that’s coming out around the next-gen Ryzen 9 3950X seems to put it at the top of the CPU game. How much of it is true is yet to be seen, but we definitely have high hopes for AMD’s next-gen chipset. What about you – do you think their new CPUs will live up to the hype?