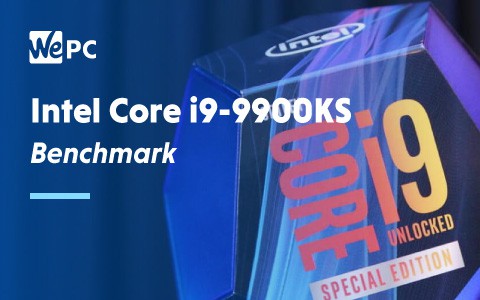 According to a Redditor who was lucky enough to secure an early model of Intel’s powerful Core i9-9900KS from a Czech online retailer for less than €600.00 last week, the chip can reach speeds up to 5.2 GHz using simply fans and without liquid cooling.

It’s a pretty impressive feat that lines up Intel’s upcoming high-end CPU for the coveted spot as the go-to chip for overclockers with ambitions of reaching breathtakingly fast clock speeds, notwithstanding being the fastest commercial CPU in the world.

As the 5.2 GHz speed has yet to be confirmed, and is the fruit of anecdote rather than firm evidence, we have to throw a hefty dose of salt into the mix and manage our expectations. This is despite the leaker producing what appears to be genuine Intel-branded packaging for the Core i9-9900KS, Cinebench screenshots, and convincing descriptions of the results.

Getting into the details, the Redditor used a Noctua NH D15 CPU Cooler with 2x NF-A15 PWM 140mm fans and a comparatively pedestrian 2666 MHz DDR4 RAM. By his own admission, the Redditor isn’t exactly well versed in the finicky art of overclocking. Nevertheless, he hit 5.2 GHz on all eight cores using a voltage of 1.36 V in the Cinebench R20 benchmark utility.

The Cinebench R20 stress test produced a point score of 5,356, which isn’t all that impressive given that a non-overclocked i9-9900K secures a marginally lower 4.984 before hitting 5,266 when overclocked to 5 GHz.

The CPU cooler was able to keep temperatures below 83 degrees celsius at all times while settling on an average of 75 degrees centigrade during a sustained 20-minute Prime95 small FFTs 16 thread test.

On the gaming side of things, the Redditor also ran a test using GTA Online, where the CPU hit 5.01 GHz with a load of 15% and a temperature of 57 degrees centigrade.

More interesting, is the notion that a relative novice was able to attain such a staggering speed, which opens up the possibility of even higher clock speeds when in the hands of a seasoned veteran with the knowledge to push the Intel Core i9-9900KS to its limits and armed with better complementary hardware, notably the RAM.

If the test is genuine and it does appear to be based on screenshots and results, then Intel’s claims of 5 GHz all on all cores rings true. We shouldn’t have too long to find out either as Intel is purported to release the Core i9-9900KS before the end of this month, so anytime in the next two weeks.

For those hoping to cash in on this early release, the listing on the Czech online store has unfortunately since been removed. Talk about being in the right place, at the right time.