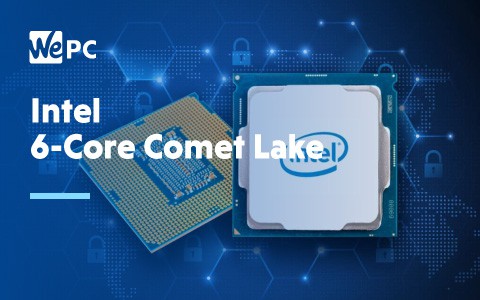 It’s looking like Intel has moved on to using the 10nm process nodes for it’s new Ice Lake processors. However, it does still look like the focus for desktop is on 14nm.

According to HotHardware, a recent leak has revealed what looks like a brand new Intel Core i5 CPU, with 6 cores and 12 threads – also using the new Comet Lake-S architecture.

The leak shows that an Intel CPU was tested on an H400-series motherboard, the same one that looks like it’ll be used for desktop Comet Lake-S processors.

What About The Low Clock Speed?

Besides the 6 cores and 12 threads, it’s interesting to note that there’s a base clock speed of 2.0GHz, along with 12MB of L3 cache and 3MB of L2 cache.

We’re curious about the 2.0GHz clock speed. However, it’s important to note that this information comes from a leak and may only be an engineering sample that’s not running at top speed.

What Does This Mean For 14nm?

While we know that Intel has already introduced 14nm Comet Lake CPUs and 10nm Ice Lake CPUs for mobile devices, we haven’t seen a desktop equivalent for either of these CPUs yet.

It’s great to see another 14nm chip for desktop and looks like Intel is doing all it can to up its game and provide heavy competition to AMD.

Meanwhile, AMD has been impressing consumers with Ryzen and the Ryzen 3000 series, which are packed with huge core counts and boast multi-threading to increase the performance of their chips. It’s meant that Intel has had its work cut out for them in the market. However, with the potential offering of a 6-core, 12 thread Intel Core i5, Intel might very well be onto something big.

This could prove to be a big threat to AMD’s chips, providing better overall performance than previous Core i5 processors due to their lack of hyper-threading.

We’ll have to wait and see what Intel announce in the future and whether they come out to confirm the information revealed in the leak. Either way, we’re always excited to see what Intel has in store. And we love watching the Intel vs. AMD battle continue to rage on.