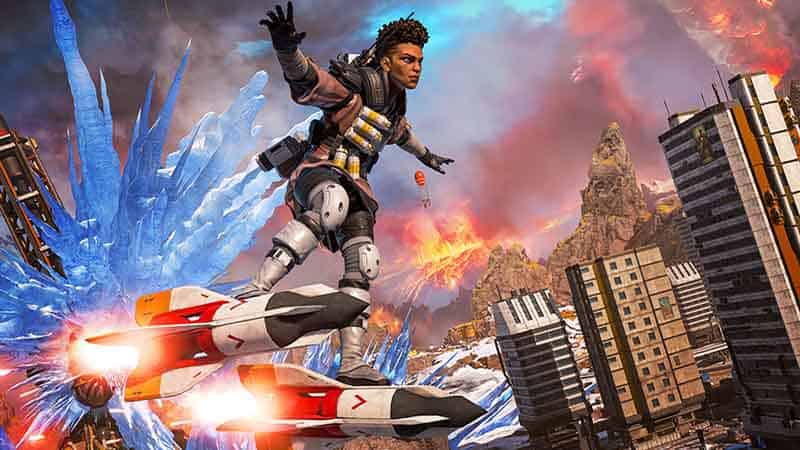 Apex Legends Developers, Respawn Entertainment has decided that the Apex Legends tap strafing mechanic is getting removed. The developers cite that Apex tap strafing is ‘inaccessible, lacks readability/counterplay, and is exacerbated by movement abilities.’

After much consideration and debate, we've decided to remove tap-strafing from @playapex in patch 10.1.

Our reasoning: It's inaccessible, lacks readability/counterplay, and is exacerbated by movement abilities.

The next patch notes will include a more detailed note about this.

What is tap strafing in Apex Legends?

The Apex Legends tap strafing mechanic is one of the PC’s most advanced mechanics. It allows PC players who know how to use it to rapidly turn their Legends around in new directions, making them harder to hit in terms of aiming and their hitbox. The higher the elo your climb, the more likely this mechanic was utilized by the PC player base.

The mechanic isn’t entirely too dissimilar to strafing, bunny hopping and sliding, as it uses the TitanFall movement mechanics that allowed for Apex’s fluid movement mechanics. If you’re wondering what tap strafing is in Apex Legends, simply put, it is rapidly accelerating movement. Many players were continuously tapping their forward movement key after exiting a slide jump and entering a strafe in any direction. Some players were event rebinding their movement key forward. Every time your press the forward key while in the strafe your Legends model will slightly pivot. You can then abuse this to rapidly change direction, running towards new foes, or min-maxing your pathing.

The Apex Legends development team has decided that Apex Legends tap strafing getting removed is the right play. The mechanic allowed those with heavy movement speed abilities to take advantage even more than other Legends in the game. The best examples of these are the rather meta picks of Octane, Valkyrie and Pathfinder, with Horzin even abusing it with her passive. The worst bit about it is this mechanic was not re-creatable on consoles.

With crossplay in the game, those players who play on console cannot contend against higher skill players they happen to meet up with in casual. Not to mention that Apoex Legends have gone to war with movement-based mechanics in the past, with the removal of bunny hoping healing years ago.

However, the Apex Legends tap strafing removed announcement was met with mixed feelings from the community. Some PC pros feel that Respawn removed one of the only accessible and skilful movement mechanics left in the game. The only skill movement skill left is the Pathfinder grappling hook momentum, which is disappointing for some and good for others.

Welp, what little fun movement outside of a pathfinder grapple we had left is gone. May as well just play tarkov, warzone or splitgate. Really didnt think you guys would do it especially after how much flak you got for removing bhop healing.

For many, the only good news from this announcement is that it is not quite out just yet. The Apex Legends tap strafing mechanic is not getting removed until 10.1, which drops sometime during Season 10 and not the 1.79 patch deployed recently.

What is your opinion on the Apex Legends tap strafing argument? Let us know in the comments below.