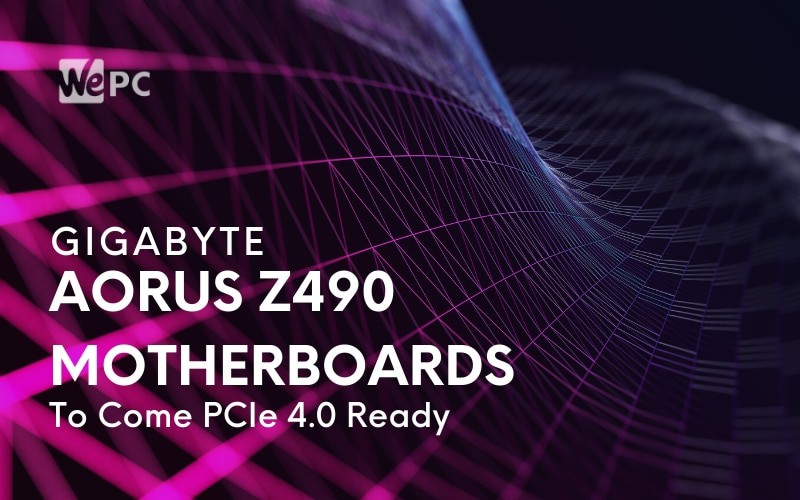 Gigabyte has recently confirmed that their new line of Z490 motherboards will be compatible with PCIe 4.0 devices. However, there will be some limitations in functionality – it’s just currently unclear what this limitation is.

It’s thought that the limitation is to do with Intel’s Rocket Lake-S series currently being kept under embargo. Rocket Lake-S is due to be launched after Comet Lake-S makes an appearance.

What we do know is that Rocket Lake-S will feature PCIe 4.0 support. This means that new motherboard manufacturers should ideally be gearing up to get ready for the new generation of Intel chips.

Since a few brands have launched their new Z490 motherboards recently, the addition of (or lack of) PCIe 4.0 support has been a source of great interest and debate.

So far it looks like AMD’s new Z490 motherboard will come with PCIe 4.0 support as will MSI’s Z490 GODLIKE motherboard, but it’s not clear whether other recently announced motherboards will include this.

It looks like ASUS’s ROG Maximus XII version will feature PCIe 3.0 instead of 4.0 which is interesting, although there is a rumor it will support Intel’s Rocket Lake-S series despite this.

What we know from Gigabyte is that this new motherboard design will feature the following:

Gigabyte has also announced that there will be a wide range of different Z490 models available to choose from. As well as the AORUS range, a new addition is the VISION range which is primarily designed for content creators.

This looks like a promising announcement from Gigabyte so far. When more details come out surrounding the full lineup, we will keep you updated.