In a shocking move that we didn’t see coming, but perhaps should have, Intel has just announced a shift in their planned timeline for releasing 7nm chips, meaning that they are now expecting these chips to make their way into the hands of end-users by “late 2022 or early 2023”. Quite the delay, especially for anyone who was anticipating the next generation of processors from Intel.

CEO Bob Swan said this in a statement to investors:

“Turning to our 7nm technology: We are seeing an approximate six-month shift in our 7nm-based CPU product timing relative to prior expectations. The primary driver is the yield of our 7nm process, which based on recent data, is now trending approximately twelve months behind our internal target. We have identified a defect mode in our 7nm process that resulted in yield degradation. We’ve root-caused the issue and believe there are no fundamental roadblocks, but we have also invested in contingency plans to hedge against further schedule uncertainty. We’re mitigating the impact of the process delay on our product schedules by leveraging improvements in design methodology such as die disaggregation and advanced packaging. We have learned from the challenges in our 10nm transition and have a milestone-driven approach to ensure our product competitiveness is not impacted by our process technology roadmap.”

So essentially, “The Dog Ate My Processor Manufacturing Process”.

Their upcoming Tiger Lake architecture will still be on a 10nm manufacturing process, but for future generations of processors, Intel had pegged their future on a 7nm process, which would offer more powerful chips whilst reducing power consumption.

What Does This Mean For Intel?

This comes at a rough time for Intel, where their closest rival AMD have been consistently putting out great performing and excellent value processors, and seem to have no problems with their Zen 3 7nm-based processors. Intel has also lost Apple as a major client going forward, with Apple dropping Intel chips in favor of custom Arm-based processor for their Macs and Macbooks. I’m sure that Intel hopes that their promises to improve things in the future would ease investors’ concerns, but it’s going to take more than words to resolve this situation.

One solution that Intel is considering going forward is a stark change from the companies decades-long approach of handling the entire manufacturing process themselves, instead working with third-party fabricators, who could manufacture chips according to Intel’s designs and specifications:

“We will be pragmatic and objective in deploying the process technology that delivers the most predictability and performance for our customers, whether that be our process, external foundry process or a combination of both.”

The suggestion, of course, is that by “pragmatic”, the most important element of whether it is pragmatic or not is if it helps save and make them money. We’ll have to wait and see if that’s a path they go down in the future.

All this is rather disappointing if we’re just looking it through the lens of being an enthusiast PC user and a gamer with demands for high performance. Progress will always happen, but we see the most innovation and best value when there are multiple competitors vying for customers’ attention, competing on price and performance. With Intel struggling to set up their strategy for the future of their processors, there’s plenty to be concerned about going forward.

This news doesn’t affect processors being sold today, but it could spell trouble for Intel’s product lineup in the future. 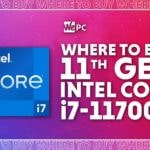 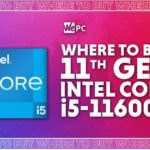 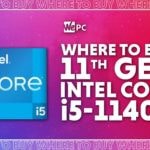 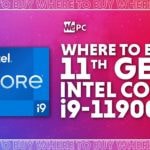