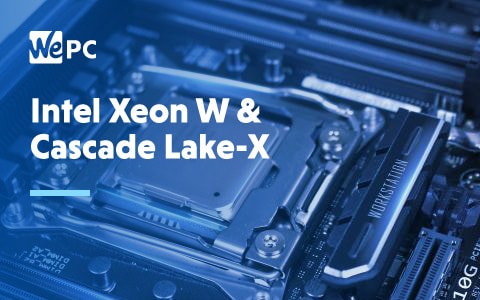 Despite knowing quite a bit about Intel’s upcoming Xeon W-2200 and Cascade Lake-X CPUs thanks to a leak earlier this month, the chip giant has released official details in what is expected to be a significant release for the CPU manufacturer.

Intel reaffirmed that the duo of CPUs are geared towards the High-End Desktop (HEDT) market and feature Intel Deep Learning Boost, which grants the chips an AI inference improvement of 2.2x in relation to the company’s existing HEDT CPUs. Alongside, Intel announced Turbo Boost Max Technology 3.0 will help demanding processes perform better by distributing the workloads to the fastest cores.

Price-wise, the Core i9-10900X will retail at $590, while the more powerful older brother, the Core i9-10980XE, will sell for $979. The pricing structure is significantly lower than the existing HEDT chips, where the Core i9-9980XE was priced at $1979. That’s close to half the price, which is sure to up Intel’s chances when taking on competitor AMD and its Ryzen 3000 and third-gen Threadripper CPUs.

The Cascade Lake-X CPU chips are expected to go on sale next month.

The Xeon W-2200 family consists of eight different CPUs. Each of the models has support for 72 PCIe lanes and memory support up to 1 TB alongside security measures like Intel vPro and ECC.

The range then continues with a ten-core, eight-core, and six-core variant as well as two four-core models to round things off. The entry-level Xeon W-2223 model can be yours for $294 and features a base clock speed of 3.6 GHz, 3.7 GHz all-core Turbo, and 120 W TDP.

The Xeon W family of CPU’s are also expected to hit retailer shelves from November onwards.

The performance boosts in themselves are worth writing home about, but it’s the uncharacteristically low prices that stand out. Intel appears to be shifting away from its historically high rates in favor of being competitive, which is welcome news for builders and consumers. The CPU pricing wars are heating up and you won’t see us complaining.