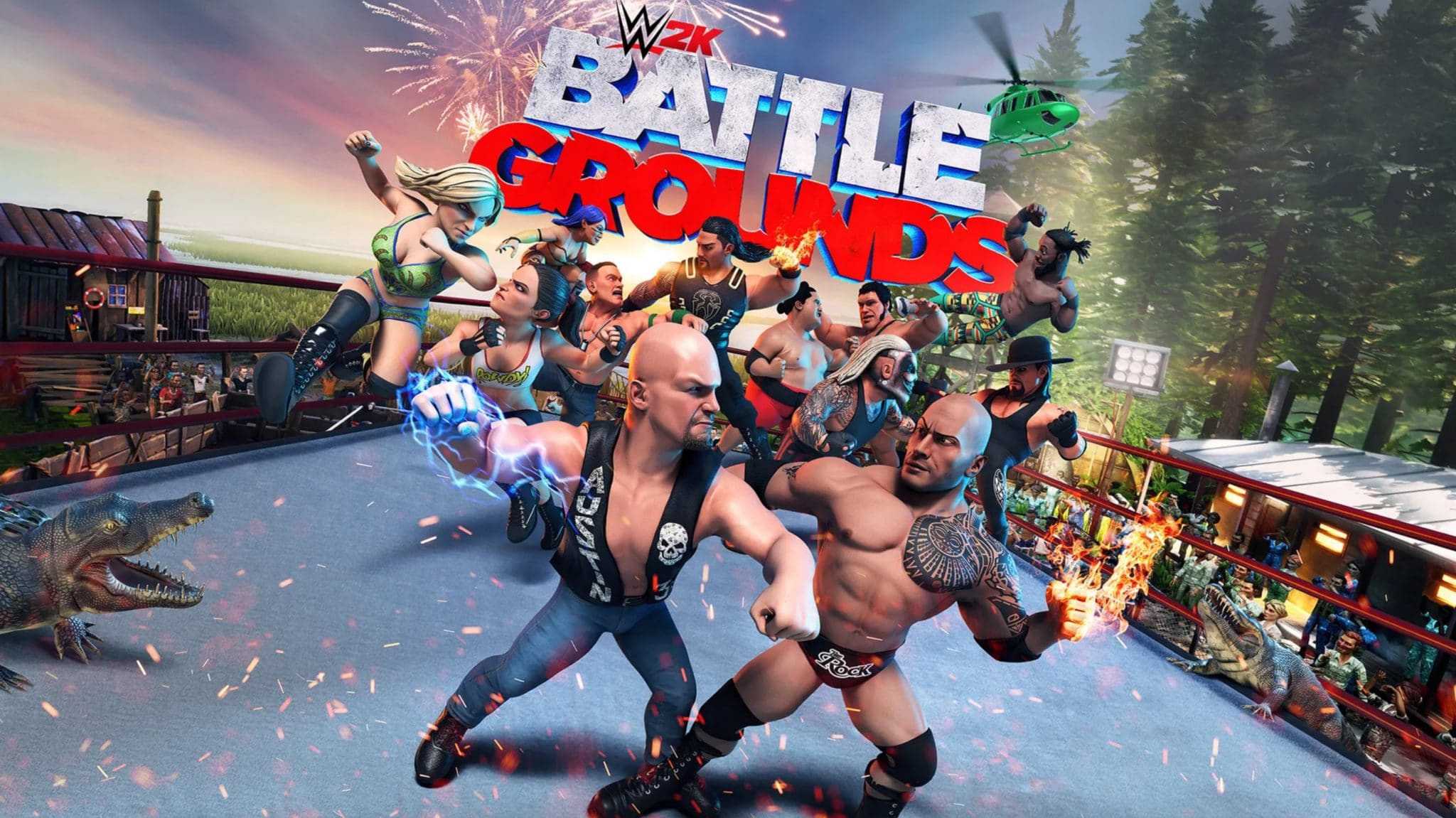 WWE 2K Battlegrounds is a light-hearted stopgap spin-off developed by 2K subsidiary Saber Interactive to fill the wrestling void left after the cancellation of WWE 2K21. WWE 2K20 fared poorly commercially and weathered criticism as a thinly-veiled bug-ridden reskin of the previous year’s WWE 2K19. Saber’s taking a year out to redeem itself in the eyes of franchise fans and doubling down on what will presumably be a mainline WWE 2K entry next year.

“Each Superstar comes to the ring with one of five class styles, each featuring its own combat moves, strengths and weaknesses. Pick from the Powerhouse, Technician, High-Flyer, Brawler or All-Rounder to brawl with authority. Then break all the rules with arcade-style powerups, such as Flaming Fist, Ice Breath and Earthquake to quickly change the course of a match.”

“Eight chaotic Battlegrounds environments are coming down the aisle, featuring interactive elements that add to the mayhem and a ton of outrageous ringside weapons you can grab to even the odds. Try diving off a military helicopter, or smash your buddies with cars in an auto shop, or toss your best friend into the jaws of a hungry alligator in the swamp. All the while, get your play-by-play commentary fix courtesy of WWE commentators Mauro Ranallo and Jerry “The King” Lawler. Make the Battlegrounds yours by customizing your own arenas to give each brawl a personal touch and then tag in the Superstar Creator to build your own, unique WWE Superstar with different body types and sizes, facial features, clothing, hair and fighting styles.”

There’s also a campaign mode that introduces seven fictional wrestlers vying for a coveted WWE contract. As one of these up and coming hopefuls, the player will be guided by none other than Stone Cold Steve Austin on their journey to the wrestling world’s upper echelons.

Pre-order are up and include two editions, both available in physical and digital editions. The $49.99 Deluxe Edition includes: