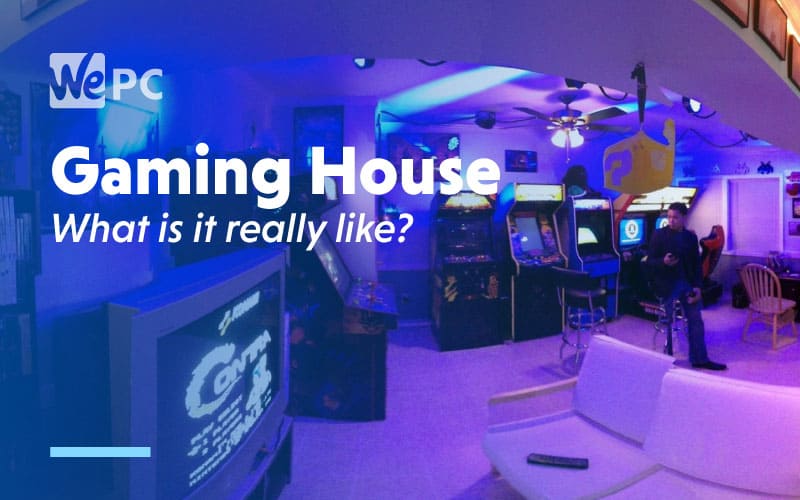 For many of us, the idea of living in a house with our friends, playing video games all day and not having to cook or go to work seems like the idea of Nirvana, a heaven on Earth. But, is life in a gaming house really all it’s cracked up to be?

What began two decades ago with the rise in popularity of Blizzard’s Starcraft game, the phenomenon of gaming houses has now become commonplace among the world’s elite esports teams. With everyone living under one roof, it’s much easier to fill their days with extra game practice, build team relationships, and make sure nobody is stepping out of line. But, it also makes it easier for the players themselves who have zero commuting time and get to spend all day doing exactly what they love – playing video games.

But, is it all as glamorous as it sounds? We take a look at what life in a gaming house is really like and try to separate fact from fiction.

The Rise of Gaming Houses

Gaming houses began in South Korea, the home of some of the world’s best esports players. Esports teams decided they would be able to encourage their players to practice more and get better quicker if they all lived together. The first gaming houses were not so glamorous, though. Players would be sharing rooms with each other, mattresses on the floor and very little furniture. For many esports players, this is their first time living away from their parents, which doesn’t usually lend itself it a clean and tidy house.

Now, though, as the esports landscape has changed, so have the gaming houses. Decked out with the best PC builds around, personal chefs, gyms, and prize checks on the walls are just some of the things you’ll see. But, even as these gaming houses seem to have just taken off, some teams are already moving away from them. Worried that they are actually counterproductive to the team’s success, some brands have instead begun to create team practice spaces in separate locations – still with all the latest perks. Allowing their players to live offsite, but travel to the same practice location every day.

Take a look at some of the best gaming houses around in our Best Gaming Houses piece.

Life in a gaming house, or even just a gaming practice facility, is very different from the kind of daily life you or I might experience. While many of us struggle to fit in even a few hours of gaming time each day (or each week for some of us), these guys are practicing all day, every day.

(This infographic first appeared in our report: Pro Gamers and the Importance of Sleep)

There won’t be many early mornings though. Most of the players in gaming houses don’t start their days until 10 or 11 am when they sit down at their personalized gaming stations. What follows is an intense regime of team practices followed by war room debriefs until the day concludes, usually around 7 pm.

This practice time is split up with group meals and the odd coffee or Red Bull breaks to make sure the team is performing at their best, but it’s still a pretty full-on schedule. And, with esports becoming more popular and heading towards being more recognized as a sport, managers are now spending more time thinking about how to make sure their teams are happy and healthy, as well as making sure they perform at a top-level.

How Healthy Are Gaming Houses?

More and more professional gaming teams are starting to put their player’s health at the forefront of their strategies. And that’s a really good thing. Esports can be dangerous for players if there isn’t a solid support structure in place to help them. Injuries are common, and the risk of addiction among players is a real issue.

What gaming houses set out to do was to help these players bond as a team, and have an easy point of contact when it came to welfare. Usually, the team manager would live with the players, of course, they would have the best room in the house, but they were mainly there to look after the team. As many players are so young, without this authoritative position there watching over them, the houses would have quickly fallen into chaos.

But, for all their good intentions, how healthy are gaming houses for the gamers themselves?

As these gaming houses grew in popularity, team managers became acutely aware of just how little physical activity many players would be getting on a day to day basis. Between the many hours of focused practice, team meetings, and after-hours streaming to make up the money, a lot of these gamers were sat down for the majority of their day.

A lack of physical activity is bad for anyone. But, when you need your brain to be working overtime thinking through tactics, team dynamics, and quick reactions, it becomes even more paramount. And so, many of these houses installed gyms, or organized football teams, or ran daily workout classes to try and get these young players moving. While all the behind-the-scenes footage and candid interviews show the team making use of these facilities, how much exercise they really get may not be so clean cut.

I think we can all agree that salads and lean protein are not necessarily what we imagine a group of teenage boys preparing for their meals each day, away from their parent’s prying eyes. While it can be great to give these young players the kind of freedom and responsibility that comes with living away from home, we can’t expect miracles.

This simple fact wasn’t lost on the gaming teams though. A large proportion of gaming houses owned by the top teams have in-house chefs that can whip up delicious, yet healthy meals for the whole team on a daily basis. Although we still see copious amounts of coffee and energy drinks, and definitely one or two Cheetos lying around, it seems that diet is not one of the forgotten areas for these players.

Sleep, Or Lack Of

Living with a group of your friends like this is just like frat houses or college dorms, and from what I can remember, there isn’t a lot of sleep involved when you live in these places. These guys are all gamers through and through, so when the workday is over, they usually want to hop onto their favorite games for more relaxed playthroughs. And, when you’re surrounded with people to play with, these games can end up running away from you.

Some gaming houses started imposing curfews to try and curb the lack of sleep. They would turn the wi-fi off to make sure the players had no access to the internet, almost forcing them to sleep. But, after so many hours behind a screen, some of them find it difficult to switch off.

Sure, living in such tight quarters can really help the players bond as a team. But, is the sacrifice of personal space and freedom worth it? When it comes to personal space, the amount granted to these players varies wildly from country to country. For any of us, buying a house in America compared to South Korea would be a very different experience.

In America, houses tend to have a larger floor space than other countries. This means that gaming houses in the US usually have private bedrooms for each player. In South Korea though, houses are much smaller, with living space severely limited. In some South Korean gaming houses, you could find up to ten players sharing the same bedroom. Two very different levels of privacy and personal space.

There’s also a lack of separation between work life and home life. For most of us, it’s a nice feeling of respite when we arrive home after another long day in the office. For these teens, for whom this is usually their first job, there’s no such separation. You roll out of bed in the morning, and you’re already at work. You finish your designated hours for the day, and you can’t leave the office. It’s not a healthy relationship for them to develop with working life.

As well-loved as gaming houses were when they first hit the scene, as the focus begins to shift from simply “winning” and more onto the players themselves, it seems the short-lived houses may be in decline. There are many teams that still use, and love, the traditional gaming house model, but more and more are shifting over to a more open design.

Gaming offices have become a popular option for many teams now. These offices allow the players to have some separation between work and home life, make it easier for them to forge other relationships (partners, friends, family), but still manage to foster the feeling of team spirit and togetherness.

The offices replicate much of what was found in the gaming houses; top-of-the-line gaming equipment, in-house chefs, on-site gyms, and war rooms. What they don’t have is bedrooms. Nobody lives on these sites – even though the odd team manager may have spent more than a couple of nights there after a long day. Players live off-site instead and travel in each day just like us regular folks and our office jobs.

It seems as though gaming houses will still be around for years to come, even if they may end up unrecognizable from how they are now. As long as the management teams behind these facilities recognize the changes that need to be made to allow the players to stay as healthy as possible, I’m pretty confident this could be a good thing for these teams.