Ever since its boom a couple of years ago, one of the biggest problems to plague the Android gaming scene has been the awkwardness of on-screen controls. Trying to play fast-paced games on a smartphone just isn’t as optimized as we’d like it to be. Well, fear not folks, that could all be about to change. Razer has finally released a gaming accessory that could rectify all of our problems.

The accessory I’m talking about is the Razer Kishi. The Kishi is a universal gaming controller that transforms awkward smartphone gaming into something much more functional and enjoyable. It’s the latest arrival from Razer in a short line of Android-related products and holds real promise for smartphone gamers.

Today, we’ll be putting the Razer Kishi through its paces, seeing how it stacks up in build quality, design, functionality, and gaming performance. So, with that in mind, let’s jump straight into it. 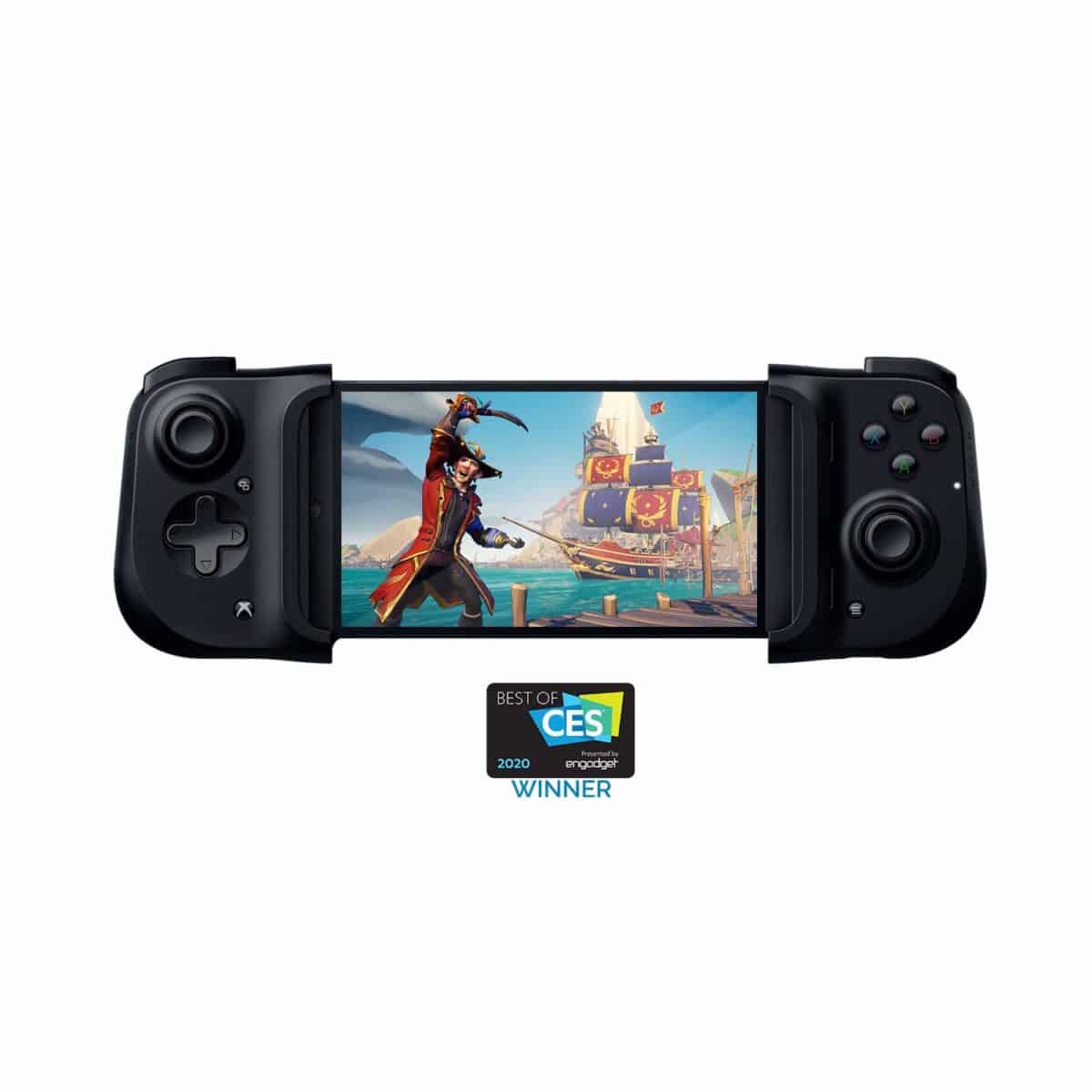 Like all Razer products, the Kishi comes in a stylish box that utilizes the black-on-green color theme. The Kishi is displayed on the front, with specifications of the Kishi wrapping around the outside. The controller sits inside the box quite firmly with almost no movement when rattled.

Inside the box, we find the following items:

From a design standpoint, there’s plenty to like about the Razer Kishi gaming controller. Whilst it comes equipped with a stylish design that is predominantly black in color (classic Razer) it doesn’t come with half as much flamboyance as you might expect. That being said, there are nice splashes of color found throughout the controller that do add character and aesthetic appeal to this product. Razer’s branding is extremely subtle on the Kishi, only visible in small print on either side of the controller and at the rear. 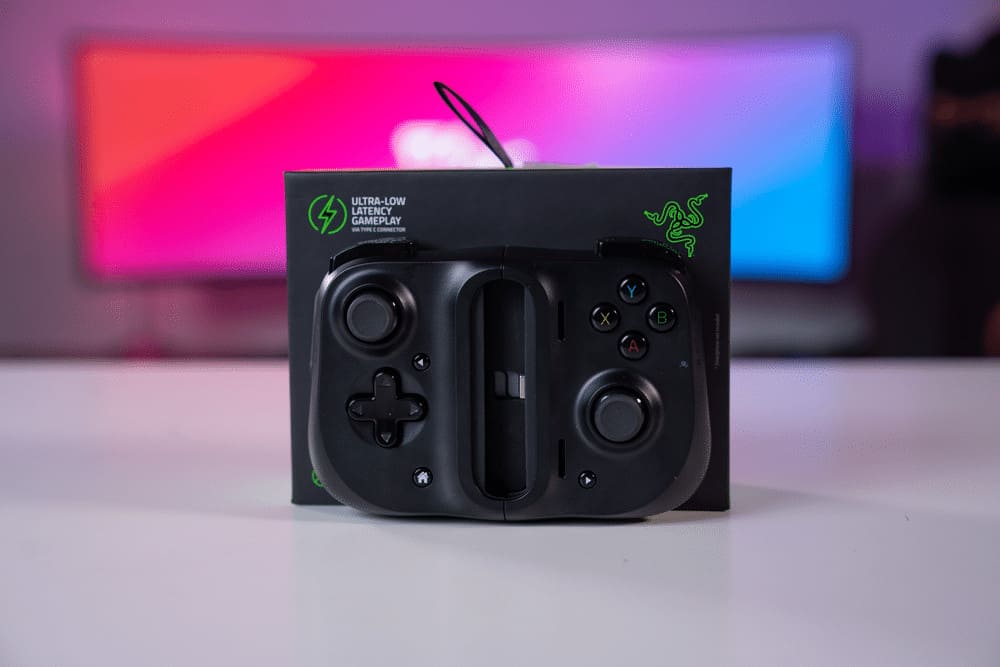 Looks aside, unlike other alternatives in this niche, the Razer Kishi offers up a versatile design that can be folded up, making storage a whole lot easier. A well-designed clip-like mechanism can be found at the rear of the controller that keeps the Kishi nice and compact whilst not in use.

When it comes time to actually use the Kishi, simply unclip the clasp at the rear and unfold the controller. As you’ll see, the Kishi comes with a strapping system that utilizes springs to help support the phone whilst in use. This is one of the reasons why the Razer Kishi is so functional and versatile. The expanding function not only opens this phone up (metaphorically and literally) to a whole variety of phone sizes and shapes but also acts as extra support – hugging the phone for added rigidity.

As most of today’s Android phones already come with Android controller support, setting this thing up was an absolute doddle. Simply plug your phone into the USB-C port at the bottom and the controller can be used immediately.

Build quality is always an area of concern when it comes to peripherals and accessories, even more so when it comes to Razer products – no disrespect Razer. That said, the build quality was probably the least of my concerns when testing the Kishi. It genuinely felt pretty darn good.

Let’s start with the buttons. Whilst they aren’t the best in the world, they’re by no means the worst either. The joysticks are probably the stand out of the buttons, providing tactile feedback that is more characteristic of premium console controllers. Unfortunately, the other buttons on the controller aren’t as appealing to the senses, with the D-pad and trigger buttons having a much more mushier feel. 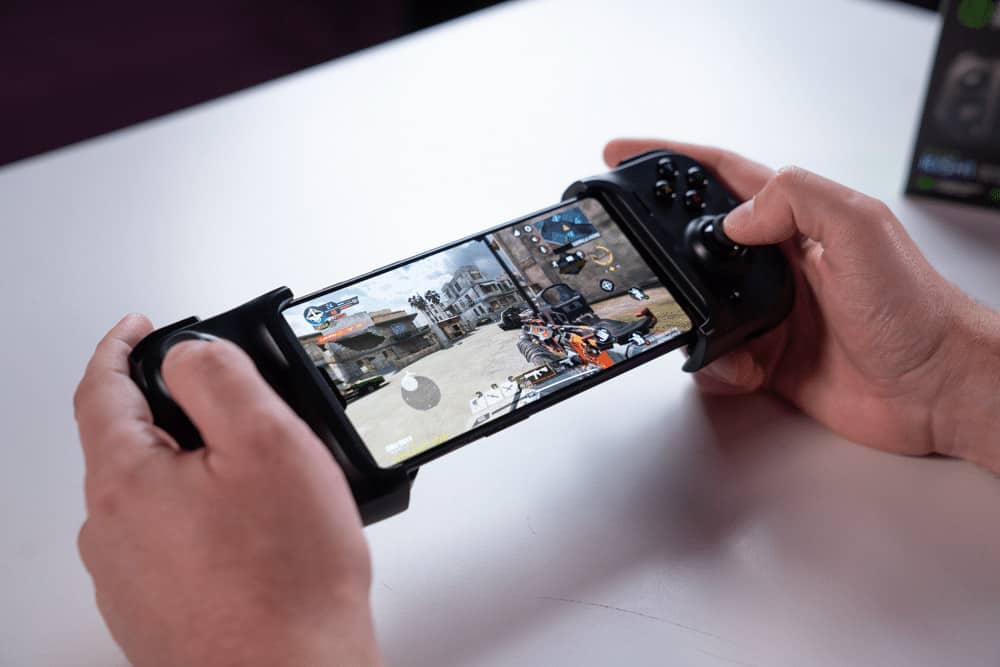 As you probably guessed, the Kishi is almost exclusively plastic. Don’t let that fool you though, this thing doesn’t feel flimsy at all. In fact, when installed on the phone, it felt much more solid than I’d imagined. The spring-loaded mechanism paired alongside nicely-designed rubber grooved inlays makes the Razer Kishi feel rock solid during use.

Ultimately, I’ve got to give credit where credit is due – the Razer Kishi really does feel up to the task. 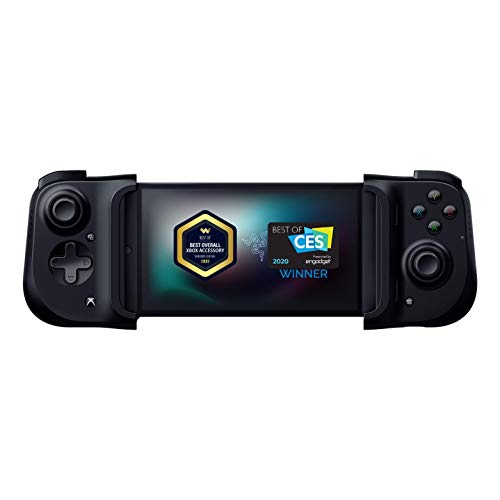 So, now we’ve had a brief look at the build quality and some of the design features, it’s time to put this thing through a few games and review what everyone’s come to hear about – the gaming performance.

For the most part, the gaming experience was extremely good and actually felt – dare I say it – Nintendo Switch-esque. The thumbsticks were particularly good, offering up a nice tactile feel that responded well and with very little input lag. As stated above, the thumbsticks were probably the standout of the Kishi’s buttons, with others not feeling anywhere near as premium or tactile. The D-pad left a little too be desired, providing a mushy feel that was a little disappointing. The same can be said for the face buttons too. 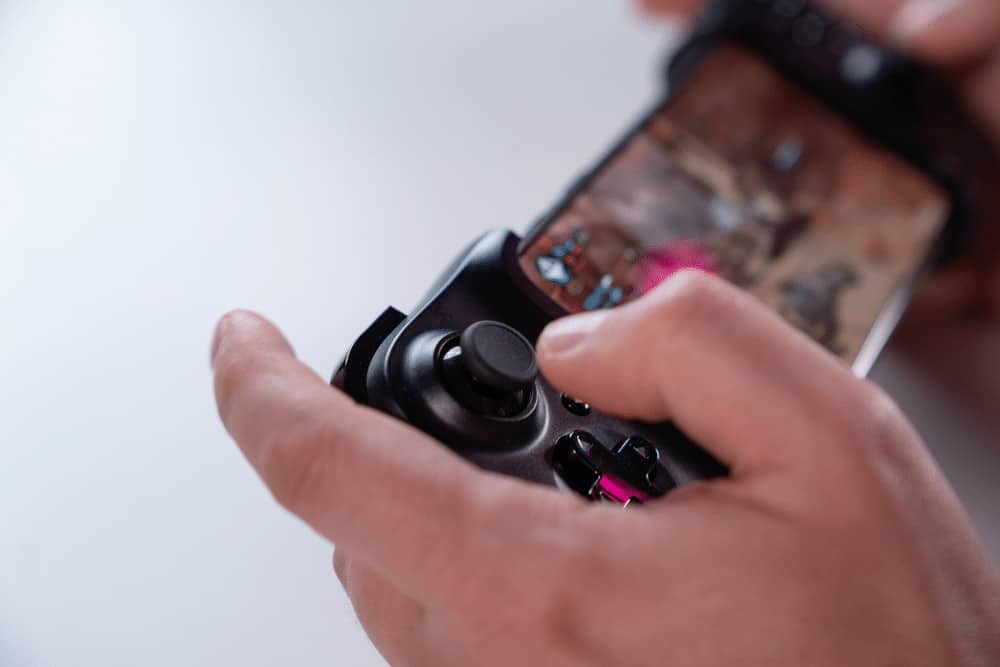 Buttons aside, I was very impressed with the quality of the Razer Kishi. My personal phone (Samsung s10) fit nicely within the Razer Kishi’s housing, feeling secure at all times. We did try a number of different phones with the controller and, to be honest, most felt pretty snug and functional. Some smaller phones (Samsung S9) weren’t as secure. The controller felt like it was bending backwards slightly and just felt on the awkward side. That being said, the Samsung S9 was a bit of an anomaly.

Actual gameplay, however, was very enjoyable, to say the least. Using the Kishi to play fast-paced first-person shooters like Fortnite and PUBG Mobile definitely helped with movements and aiming. My gameplay automatically felt more console-like and I could sense I had a definite edge over my competition. The integrated controls synced nicely with the Razer Kishi, allowing me to jump straight into the game without having to tamper around with settings for too long.

Car games were also much easier using the Razer Kishi too. I played Asphalt 9 and it was like night and day when comparing onscreen controls to the physical alternative. My steering felt much more reactive and general control of the car was more in sync with my movements – if that makes sense?

Ultimately, from a gaming point of view, I was very impressed with the performance that this gaming controller provided. Whilst it does come with its flaws, it was definitely a step in the right direction to making Android gaming a much bigger thing in the future.

That leads us nicely into the features section of the Razer Kishi. To be honest, there aren’t a great deal of features to discuss. I mean, it’s an Andriod controller. That being said, there are a couple of benefits that we feel are worthy of mention:

As a manufacturer, one of the main features you need to include when designing an Android gaming controller has to be multi-phone compatibility. Without it, I can’t really see the controller being a success. That being said, thankfully, Razer has equipped the Kishi with this very feature.

As we mentioned earlier, the Kishi uses a single USB Type-C port to connect with your phone. The connector is positioned in the center of the device, meaning any smartphone that accommodates a central lying USB port should be able to function with this controller.

The size of your phone shouldn’t be too problematic either. The Kishi’s expandable design can house a ton of different phone sizes. It’s this sort of ingenuity that makes the Kishi a real positive for the smartphone gaming community.

The Razer Kishi is also fully compatible with the cloud gaming platform, meaning you can theoretically turn your device into a AAA gaming reality. You’ll be able to play the latest games in almost any location – a feature that is highly regarded in the WePC ranks.

Unlike other phone accessories that, let’s be honest, can be rather battery-draining on your device, the Razer Kishi has a handy pass-through charging feature that allows you to game without taking the controller off your phone. This means you’ll be able to battle on regardless of how low your battery gets.

So, there you have it guys, our comprehensive breakdown of the Razer Kishi gaming controller for Android. The only thing left to do is discuss whether we feel it’s worth your time and consideration.

Well, I suppose one of the biggest factors in that decision is the price. It currently retails for around $79.99 (at the time of writing this article) which, when you look at it, can be considered an expensive piece of kit. However, if you’re big into your smartphone gaming, I feel this is a very good investment that will not only improve your gameplay but will make it more enjoyable as well.

As mentioned above, whilst the Razer Kishi isn’t perfect, I feel it’s definitely the best attempt at a Nintendo Switch style controller experience available right now.

A nicely designed accessory that turns smartphone gaming into a much more enjoyable and functional experience.