We’ve all been there at some point - after the third day in a row spent gaming without really leaving the couch or your almost too comfortable gaming chair, you start to think about maybe getting some exercise in. But, between coronavirus, unpredictable weather, and just generally not wanting to go outside, we somehow never really seem to round to it.

But, there is a solution that I think we can all agree is much better than risking another sweaty run round the block passing a multitude of people who seem to have forgotten that social distancing is even a thing: video games.

How Video Games Have Kept Us Fit

Video games helping us stay active and get fit isn’t a new idea though. How many of us spent hour after hour stomping on our very own dance mat while playing DDR on the PS1, or braving it and busting a move in front of your friends down at the arcade? But, as we all grew up into vaguely responsible adults, we soon started to have less time to dedicate to our burgeoning dance careers.

Games became our escape from the everyday boredom of adult life, and we started to lean more towards FPS and RPG games that required little physical effort on our part. But, that doesn’t mean active games stopped existing; or being made. I’m sure we all remember the incredibly popular launch of Pokemon Go a few years ago, which got many of us up and about trying to catch ‘em all. Consoles have also been front-runners in this genre with the likes of the Wii U, Xbox Kinnect, and PS Move all being launched to encourage movement-based gaming,

But, for PC gamers, it seems that we are destined to sit at our desks if we want to enjoy the latest games, right? Well, yes, mostly. But, there is one easy way to move more and feel fit without giving up PC gaming - VR.

When virtual reality gaming first became “a thing” people were more than a little excited. It was going to be just like in the movies like we had all dreamed of - the true future was here!

Of course, this wasn’t exactly true, and we’ve yet to reach the heights of Ready Player One, but VR has made some big steps since it’s inception. Headsets are still out of many of our price ranges but are becoming more and more affordable as the years go by. And, with a wider range of headsets than ever before, the market is finally beginning to become more competitive - which is always good for us, the consumer.

If you’ve got a bit of cash to spend and want to make use of your sweet VR-ready PC build, using the then the Steam VR store is a great option. The Steam library is overflowing with great VR games (Half-Life: Alyx for example) so you’re going to have much more variety than you would with the Oculus Quest, for example.

For the best experience possible, we recommend the mightily powerful HTC Vive headset to really make the most of these titles. Or, the Oculus Rift is another great option for VR gaming.

One of the most popular VR games of the last few years has definitely been Beat Saber. If you haven’t heard of it before, it’s pretty much the grown-up, cooler, VR version of DDR and Guitar Hero all rolled into one. You get to use lightsabers to hit colored blocks as they fly towards you - but it’s all about rhythm.

Trust me when I say, this game is great fun and can really make you work up a sweat without even really realizing it. You’ll soon find yourself claiming “Just one more go...” as you try to master your favorite sequence. They have some great bops in the catalog to play along with, so it’s easy to lose yourself in the music. It feels like a mixture of cheerleading and raving, and I am all for that.

For something that feels slightly less like a workout, but still gets your heart pumping, I recommend Pistol Whip. This disco shooting dream of a game has you riding through different levels shooting at enemies as you go, all while accompanied by an awesome soundtrack. You get extra points if you shoot people on the beat, which is a super fun feature that helps make you feel like you’re in some kind of ultra-surreal violent musical.

Get your Rocky on and get fit this summer with Box VR. This veers slightly more towards a workout app rather than a game but still has enough fun elements in it to warrant a look. In this game, you have to box out set combos to a thumping bass line. You set the length of your workouts and the intensity, and thanks to the variety of movements, you can definitely get a good workout in.

It’s time to take a trip down memory lane for this next game and indulge in some Fruit Ninja VR. I remember the hours spent swiping my fingers slicing fruit in this on my now ancient iPhone 3GS. Well, now we can do the same but on a much larger scale. You can build up your blade collection and use them to create arcing slashes as you slice and dice your way through watermelons, oranges, and whatever else they throw at you.

Of course, there isn’t a lot of depth to this game, but it’s a great way to kill some time while still getting yourself moving. Perfect for those who don’t have a lot of time to spare.

I am the furthest thing from a fitness professional, but I do know that the easiest way to get and keep fit is to find something you get excited about doing. For me, video games like these are the easiest way to get some activity into my daily routine. They’re fun, they don’t feel like standard workouts, and they have killer soundtracks.

What are your favorite games that get you moving? Do you use VR to get some activity into your day? Let us know in the comments below! 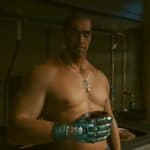 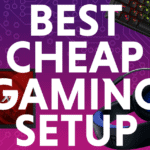 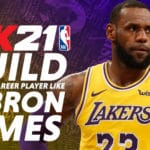