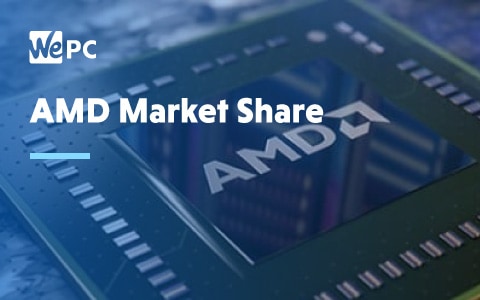 AMD’s rise is attributable to the massive success of its Zen architecture-based CPUs which launched back in 2017, namely the Ryzen, Ryzen Pro, Ryzen Threadripper, and EPYC products. AMD has witnessed an approximate growth of 70% thanks in part to these flagship CPUs.

CPUBenchmark data also paints a genuine picture of the market thanks to the fact its figures are based on CPUs being actively used rather than pure sales. But, sales are equally impressive as it is has become increasingly difficult to find retailers across Europe and the US that still stock AMD third-generation CPUs from the Ryzen 7 and Ryzen 9 series due to the sheer scale of demand from consumers. German retailer, Ingebor, estimates that AMD products currently account for 81% of CPU sales against Intel’s much lower 19%.

What Will Happen Next?

With the recent launch of both the Ryzen 9 3900 and Ryzen 3500X alongside the expected release of the Ryzen 3950X next month, AMD is on a course to command even more market share from Intel for the foreseeable future.

Intel is unlikely to do nothing while AMD encroaches on its erstwhile domain and is expected to engage in similar price-cutting strategies to maintain its dominant position. It’s all good news for builders who should see a marked drop in CPU prices across the board as a consequence.