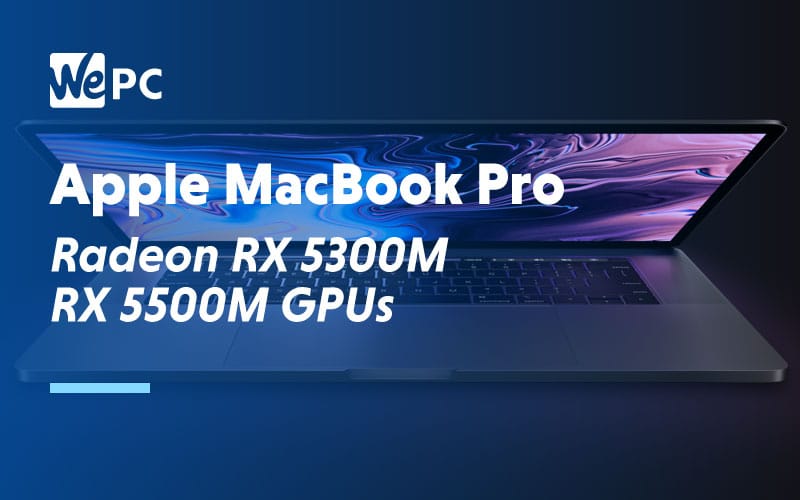 Courtesy of an anonymous leaker, it appears Apple’s next flagship 16-inch MacBook Pro will potentially feature either a Navi AMD Radeon RX 5300M or 5500M GPU.

The news comes from MacRumors. The publication was also able to mine a mention of the Radeon cards in the code for Apple’s latest macOS Catalina 10.15.1 update giving the rumor added legitimacy.

As always, a healthy smattering of skepticism is encouraged, as Apple hasn’t confirmed any of this. Still, AMD’s Navi-based mobile GPU would be a good fit for the upcoming MacBook Pro, primarily since Apple has used AMD products in all its laptops for the better part of the past five years. We can’t discount a shift back to NVIDIA mobile GPUs entirely, though, and a change may be precisely what the once acclaimed line of laptops desperately needs.

In terms of performance, the AMD Radeon RX 5300M and RX 5500M fall behind Intel’s equivalent GeForce GTX 1660 Ti Max-Q, so this isn’t necessarily welcome news for those hoping to use the upcoming MacBook Pro for power-intensive tasks. Apple’s software optimization work may mitigate this somewhat, but we’ll have to wait and see how this translates to hands-on performance.

As for the 16-inch MacBook Pro as a whole, a leaked image claims to show what the new laptop will look like in the flesh. It ostensibly comes once again from the macOS Catalina 10.15.1 code, as reported by MacRumors. Unlike the existing model, it features a physical Esc key, slimmer display bezels, low-profile scissor-switch keyboard mechanism, and a standalone touch ID sensor, but the controversial Touch Bar remains.

With a few tumultuous years under its belt, Apple is eager to use the 16-Inch to once again raise the MacBook Pro to the heights of the past when it was synonymous with effortless functionality, productivity, and power as the go-to high-end laptop.