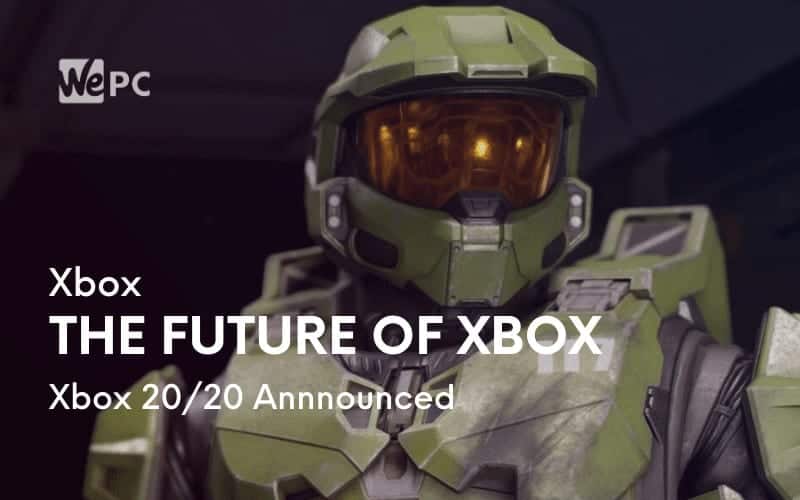 It looks like Xbox fans could be in with a lot to look forward to over the next few months, as they have just announced what lies in store for the next-generation Xbox Series X announcements in 2020.

The Xbox team confirmed today that whilst COVID-19 had put some unexpected challenges in the road for team Xbox, it wasn’t going to stop them from working towards the next generation of gaming.

Right off the bat, the statement from Xbox made it clear that the team is still working towards their goal of not only launching the Xbox Series X, but also the newest Halo title, Halo Infinite in time for the 2020 holiday season.

This will come as welcome news to the hordes of console fans who have been looking forward to getting their hands on the Xbox Series X this year, and to all the Halo fans who were worried about the newest release being delayed by the Coronavirus.

Xbox also wanted to make it clear that they are still committed to bringing all of their new first-party Xbox games titles to PC as well as onto the Xbox Series X at launch, with a statement clarifying that Halo Infinite, Microsoft Flight Simulator, Minecraft Dungeons and Wasteland 3 will all be available to play on PC as well as on console on the launch date.

Project xCloud was also mentioned, with the Xbox team making it clear that the xCloud and the Game Pass service will be combined, giving players, even more, opportunity and flexibility when it comes to enjoying Xbox games – and they made the announcement that xCloud will be coming to even more countries and devices, opening up the service to new players.

Of course, all of these announcements were topped off with the blanket statement that some of the best dev teams from around the globe are currently working hard to make their games playable on the Xbox Series X at launch – which is very exciting.

Starting on May the 7th (on that day’s episode of Inside Xbox), team Xbox will be kicking off what they are calling ‘Xbox 20/20’

Xbox 20/20 is going to be a monthly way for the official Xbox channels to give monthly updates on what is next in the world of Xbox and will be regularly broadcast throughout the rest of the year as a way to engage more deeply with their audience and share their latest news on the development and future of the Xbox.

Every month will apparently bring something different to the viewers, with topics like the Xbox Series X, Xbox Game Studios, Xbox Game Pass, and Project xCloud all being discussed during these Xbox 20/20 updates.

Kicking off on May 7th, the first Xbox 20/20 will be giving the very first look into a number of trailers, sneak peeks and next-generation gameplay from a number of third party developers – including a more in-depth look at the recently announced Assassins Creed Valhalla, as well as a talk with the creators of the game to learn more about how they are utilizing the next generation of console for their games.

All of the games that the Xbox team are going to be showcasing will Xbox Series X optimized – meaning that they have been built to take advantage of Xbox Series X features like ‘4k Resolution at up to 120 frames per second, DirectStorage, hardware-accelerated DirectX raytracing, super-fast load times and much more’. Very exciting stuff, especially as Xbox will also be confirming a number of different games that utilize the Xbox Series X Smart Delivery feature, which actively ensures that you are always playing the best version of whatever game you own across all the generations of Xbox.

Of course, with the cancellation of E3, many are expecting a larger show from Xbox when it comes to game announcements and reveals of their new first-party titles, and it seems that is exactly what players are going to get in July when Xbox will be dedicating ‘some time to focus on the incredible games coming from Xbox Game Studios.

All in all, it looks to be a very exciting year from Xbox, and gamers can expect the next few months to be full of gameplay reveal trailers, exclusive sneak peeks, and much more into the future of Xbox itself.

IF you are looking to tune into the very first Xbox 20/20, then you can watch on the following links at 8 am ODT on May 7th

Excited about what’s in store for the next generation of console gaming? Or, can you not way to enjoy some of your favorite franchises that were previously locked to consoles on the PC? Let us know in the comments below.