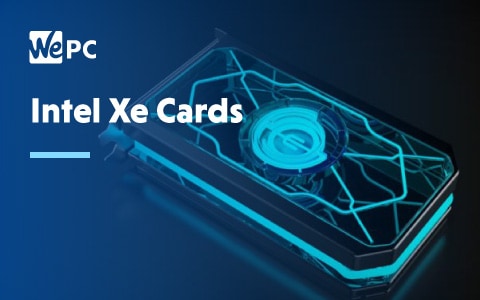 We’re finally getting some news about Intel’s much-rumored Xe graphics card and its release date. However, things are still a little vague.

According to Taiwanese industry sources, who will be supporting Intel’s Computex 2020 launch event timeline, the Xe graphics card will be arriving mid-2020.

While it’s still not a firm date in mind, it gives us an idea of what to expect.

A 2020 deadline means we can expect Intel to host a Xe graphics even in the run-up to Computex 2020 – however, we’ve heard no word so far if and when that is likely to happen.

There have been plenty of rumors circulating around Intel’s Xe architecture for their discrete graphics cards range.

New discrete Intel Xe graphics cards are to be built with the 10nm process, according to industry sources.

Intel has stated their intention is to use the Xe design across multiple markets, to use in everything from integrated graphics to discrete mid-range graphics all the way up to graphics cards for enthusiasts and even AI-focused graphics cards.

The Xe project is reportedly an effort by Intel to claw back market share from rival Nvidia on things like AI, machine learning and autonomous driving. Whether Intel will be able to finesse its GPU design for gamers is left to be discovered.

DigiTimes said on the rumours: “Instead of purely targeting the gaming market, Intel is set to combine the new GPUs with its CPUs to create a competitive platform in a bid to pursue business opportunities from data center, AI and machine learning applications and such a move is expected to directly affect Nvidia, which has been pushing its AI GPU platform in the data center market, the sources noted”.

At a recent developer event in Tokyo, an Intel executive seemingly made a suggestion that Xe GPUs would have ray tracing support. However, Intel has since come forward to clear this up and says that the suggestion was merely down to a mistranslation from Japanese to English.

Intel clarified that Kenichiro Yasu never actually mentioned the subject and the rumors were down to an error. However, they then went on to say that Intel will be offering ray tracing acceleration with its professional rendering platform on Xe. This will be aimed at content creators who use 3D rendering. It’s fair to say this has led to quite a bit of confusion.

While things are a little uncertain still regarding Intel’s future lineup, we hope this has cleared up a couple of questions.