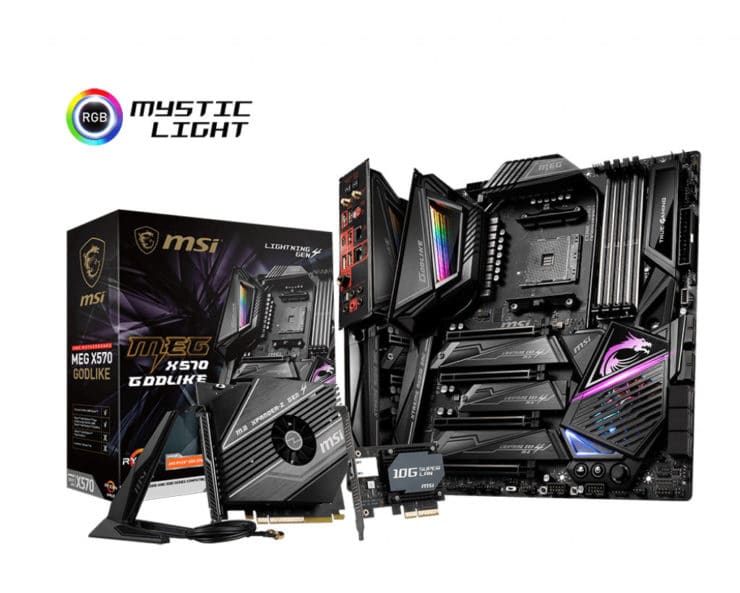 In line with AMD’s Ryzen 3000 CPU announcement at Computex 2019, MSI has launched a new cluster of X570 chipset compatible motherboards in both its MEG and MPG series destined for the enthusiast gamer who doesn’t want to skimp on performance or features.

MSI is also shipping a beefed-up MEG X570 Godlike edition with all the features of the ACE as well as 14+4+1 IR digital VRM, a dynamic status dashboard, Xtreme Audio DAC encoder, built-in Killer xTend network switch, 10G Super LAN, Mystic Light Infinity 2, and a flashier overall design. The Godlike is through and through a board for the overclocker and one we expect it to push AMD’s new Zen 2 architecture to the maximum. 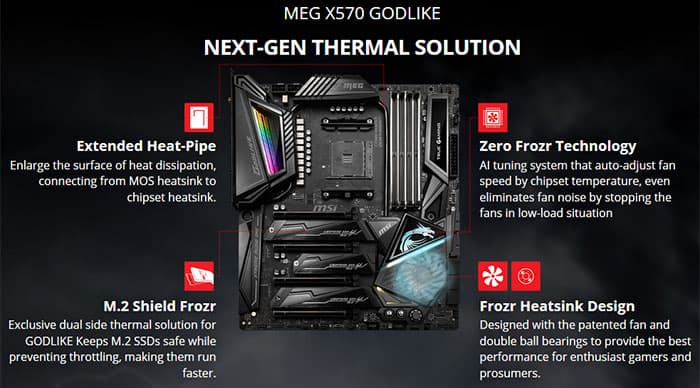 Beyond being able to make the most of AMD’s Ryzen 3000 series CPUs, they allow a degree of overclocking thanks in part to borrowing the FROZR heatsink tech from the MEG version on the Edge and Pro Carbon versions. The number of DDR4 DIMM is also matched on all three as is PCIe 4.0 support with two x16 slots and two PCIe 4.0 M.2 slots.

The difference between them comes down to cooling tech variations, with the MPG X570 Gaming Plus being the most stripped-down version aimed squarely at consumers who want a reliable motherboard free of all the bells and whistles.

No word on pricing, release date, or an exact spec sheet, but logic dictates MSI should put them on sale shortly before or in tandem with the release of AMD’s Ryzen 3000 CPUs on July 7th.