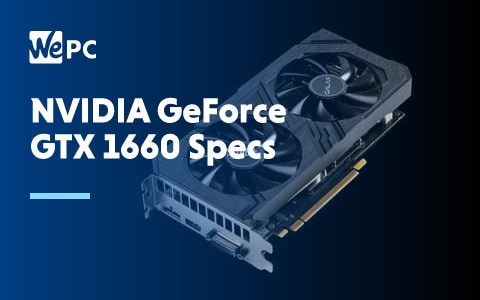 It’s been a long wait, but it seems we finally have confirmation of the specifications for NVIDIA’s upcoming GeForce GTX 1660 Super graphics card. The news comes courtesy of a familiar source in the form of serial leaker momomo_us, who uncovered a listing on Chinese PC component retailer JD.com.

JD.com says the base clock speed will be 1,530 MHz, jumping to a boost clock speed of 1,785 MHz with a TDP rating of 120 W alongside a power connector using the single 8-pin PCIe standard. In terms of outbound connectivity, the NVIDIA GeForce GTX 1660 Super features HDMI, DVI, and DisplayPort support.

Where the specifications trail off from the existing GeForce GTX 1660 model is the VRAM. The NVIDIA GeForce GTX 1660 Super ups the GB count to 6 GB running at a total of 14,000 MHz thanks to a new memory configuration, or 1,750 MHz per GB. In comparison, this equates to a memory bandwidth of 336 GB/s or a bump of 75% over the base model using a 192-bit memory interface.

The listing also marks the dimensions as 246 mm x 117 mm x 47 mm, although this is unique to this specific model, dubbed the MAXSUN GTX GeForce 1660 Super Series Terminator 6GAPEX. The card also has RGB lighting thrown in and boasts a 3D Mark FSE benchmark score of 6578 points.

JD.com is selling the card for 1,899 yuan, which is about $250 representing a price bump of around a quarter over the existing base GeForce GTX 1660 on the site. Prices may differ over in the West, with predictions placing it around the $230 mark.