The rumored remake of the cult survival horror classic Resident Evil 3 was officially announced by Capcom today during PlayStation's State of Play broadcast.

Murmurings of a remake surfaced earlier this month after a few choice screenshots appeared on the PlayStation Network unexpectedly, and now we have official confirmation. Given the phenomenal success of the Resident Evil 2 Remake, it makes sense for Capcom to apply the same treatment to the third title in the series.

Beyond the confirmation of Resident Evil 3 Remake's existence, State of Play also produced the first trailer and our first look at the game. Capcom also revealed the game would hit stores on April 3rd, 2020, for PlayStation 4, PC, and Xbox One.

Nothing beats a four-month announcement-to-release cycle in our books and a strategy other publishers would do well to adopt, in our humble opinion.

The trailer offers the usual expository cinematic take on the game as well as some gameplay, which is strongly reminiscent of the Resident Evil 2 Remake, alongside a look at the modernized versions of the game's cast of characters, including Jill, Carlos, and Nemesis.

Additionally, we learned that the asymmetrical 4v1 Resident Evil online multiplayer spin-off, Project Resistance, will no longer be a standalone title and has, instead, been merged into Resident Evil 3 Remake as a separate online mode from the main game. Four survivors must free themselves from the clutches of a nutty mastermind conducting a Saw-like experiment with human guinea pigs.

Pre-orders are open as of today. Pre-purchasing the Standard or Collector's Edition gets you a classic costume pack with skins from the original game. 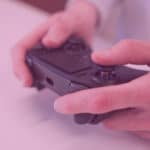 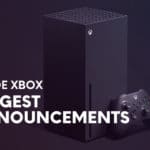 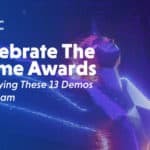 Celebrate The Game Awards By Playing These 13 Demos On Steam