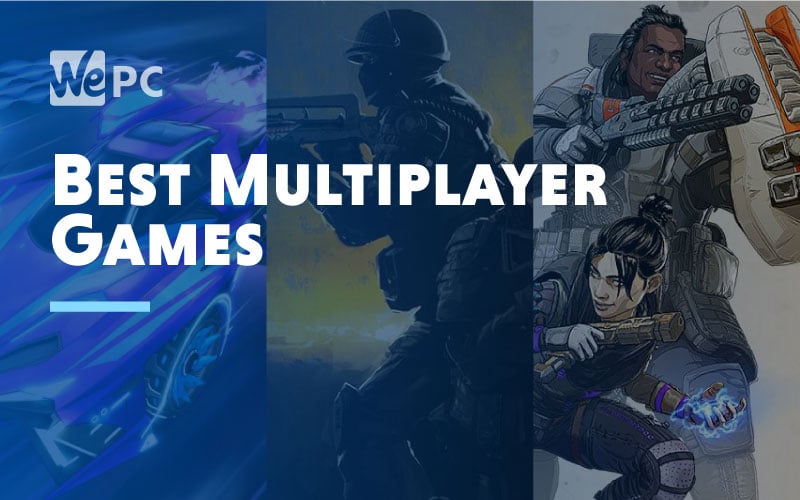 If you’re looking for the perfect title to enjoy with a group of friends, don’t worry, our list of the best multiplayer games in 2020 has you covered.

There’s nothing better than spending an afternoon gaming with a group of friends. Working together toward a common objective is always more fun than going it alone. Even if you decide to queue up for these games solo, the friends you’ll make while matchmaking can stick with you for life.

We’ve picked a few of our favorites from the last few years that we’ve found have been great fun with friends. We’ve covered a couple of genres in this list, so if one of these games isn’t for you, keep scrolling!

Now, this is a game we bet you never saw coming, football with cars… and rocket cars nonetheless! In what is a fundamentally simple game at its core, Rocket League is incredibly satisfying to play, especially when played with friends.

Players take to the pitch in small teams pitted against their opponents. You’ll have to use your driving skills, rocket boosting, and acrobatics in order to score a goal against the opposition.

You can even enjoy Rocket League in local multiplayer if you want to. This can lead to some incredibly competitive matches, especially with your opponent sitting right beside you. We can’t think of a better way to spend a night than hosting a local Rocket League tournament with friends, all from the comfort of your living room.

If you’ve been looking for a competitive shooter to steal away your free time, why not go back to one of the classics, Counter-Strike: Global Offensive. Always up there in the list of most played games on Steam, you’ll never struggle to find a match when playing this game.

As with most competitive shooters though, Global Offensive is best enjoyed with friends. You’ll have to develop a deep understanding of tactics, hold points, and routes to take on each different map.

The unique and responsive gun-play makes Counter-Strike: Global Offensive one of the most rewarding shooters to play. There is also a constant stream of updates, weapon skins, and game modes available to keep the gameplay fresh.

The second shooter game we have included on our list is Apex Legends. This title merges the recent popularity of battle royale games with the competitive nature of first-person shooters.

With a large roster of characters to choose from, ranging from combat medics to interdimensional skirmishers, Apex Legends doesn’t lack variety! Each of these characters has a different playstyle and ability pool. A big part of the fun is making a team with friends that fills in the weaknesses.

In a continuously updated state, it’s hard to know what the future holds for Apex Legends, but for now, jumping into a match with friends is a great way to pass the hours.

League of Legends is one of those games that is easy to pick up but difficult to master. Fans of the Heroes of the Storm or DOTA franchise will feel at home here as the core mechanics are similar for all three games.

Best enjoyed with friends, League of Legends allows you to engage in competitive matches against your opponents where teamwork and strategy are essential for victory. There’s always room for improvement in your playstyle and with an impressive esports scene, League of Legends is exciting to watch as well as play.

There is a wide range of characters for you to master while making your way down the lanes past the towers towards the opponent’s nexus. Every game has a nice amount of challenge mixed with frustration (especially if you opt to matchmake), but in the end, it’s great fun.

In a world that blends gameplay from both the first-person shooter genre and the MOBA genre, Overwatch has seen massive amounts of success since its initial release back in 2016. A wide range of characters to choose from helps complement the intricate planning that comes into play when you are pushing the objective.

If you are also looking for a competitive game to enjoy with friends then Overwatch is perfect. Each hero feels unique to play and takes a lot to master. You’ll have to work as a team in Overwatch if you wish to succeed, working with a group of friends to find the perfect team composition for the map can be both a very tricky and rewarding experience.

While this isn’t an exhaustive list of all the multiplayer games out there, it does cover some key fan-favorites. From sports games to online shooters, there’s a genre out there for everybody. If any of these trailers pique your interest, don’t hesitate to give them a shot! You never know, your friends might be masters in these titles already.

If there’s anything you think should have made the cut, let us know in the comments section down below. We love hearing your thoughts, especially when it comes to your favorite titles.