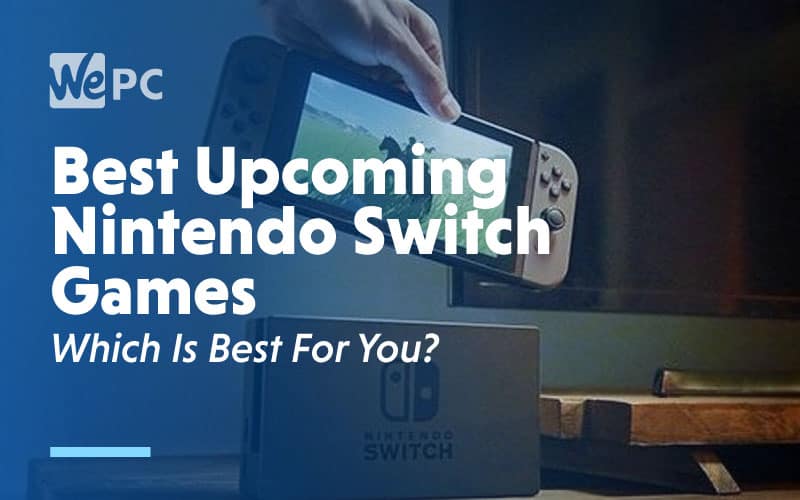 As we fall deeper into summer, there are plenty of new releases to play while you enjoy the sun outside, or hide from the heat indoors.

Everyone loves a good horror game, and that’s exactly what this is. With this updated game, you have the option of playing either a counselor or Jason Voorhees himself as try and survive against the clock. There are online multiplayer options which allow you to team up with other players to try and take Jason down, or find an escape route before he finds you. Or, you can play as the famous fictional killer himself, stalking your prey through the map and causing absolute terror and mayhem while you go.

For horror game lovers, this will be a nice addition to your collection. And, the added option of playing as the killer gives a nice level of variety to the gameplay. Jason will feed off the fear of his victims, and become stronger as the night goes on – making this a unique survival game.

This indie game lets you play as a teenager in a post-apocalyptic world, running around fighting anything you can find. What makes this game unique is how your character changes throughout the game. As you face off against different enemies, you will begin tot ake on your own individual mutations, giving you cool and hilarious new abilities.

Based around 80’s culture, this game is achingly cool while still retaining silliness that makes it endlessly entertaining. The gameplay trailer shown at E3 shows off some of the strange mutations you can enjoy, as well as giving us a glimpse of the beautifully colorful world the game is played in.

This classic style JRPG follows the story of Kagachi, a “Watcher”  who is responsible for herding lost spirits into their place in the cycle of reincarnation. Kagachi begins the game a dedicated Watcher, willing to take lives to preserve the natural order of death and life. All this begins to change when he meets a young girl with no memories called “Linne” who will forever change his outlook on life.

This is a game filled with intriguing characters, special abilities, and an engaging storyline that echoes the golden age of JRPGs. The trailer gives us a glimpse into the beautiful gameplay, and how you can switch between the living world and the ethereal to find and release the spirits you are charged with helping.

Play as one of the last remaining humans in a wonderfully diverse land known as Albamare. This is a world where all living things have their own goals and missions to complete, and the fights against different creatures are shaping the landscape. The open-world exploration gives you the freedom to write your own story and is filled with puzzles and encounters that keep you on your toes.

The combat system learns and adapts from your use, making this a game that feels in tune with you as the player. Thanks to the open-world design, you’re free to take whatever path you choose. But, the world won’t wait for you, and changes to the hierarchy and environment will continue to take place without your input.

As fall approaches, we’re greeted with some of the studio’s most hotly anticipated game releases.

The moon has split apart, leaving the sky red and throwing life into turmoil. You have the chance to play to survive this apocalyptic new world as a mercenary, piloting mechanized tech to help you defeat your enemies.

The combat is exciting and filled with explosions and cool customization options for your arsenal. And, with the multiplayer options available, you and your team can cut through the ever-present threats than could destroy the world once and for all.

The latest game in The Legend of Zelda saga, Link washes up on the shores of the strange Koholint Island while on his way back to Hyrule. As this island only exists in the mind of the Wind Fish, you must find a way to awaken the fish and find your escape. There are colorful locals to meet, dungeons to explore, and musical instruments to find.

As you would expect from such a beloved series, this game brings a great balance between story, fun, and exploration. The latest chapter in Link’s saga is sure to be another huge hit when it releases, and we can’t wait to get our hands on it.

With an extended storyline, new features, and the RPG awesomeness that we’ve come to know and love, the updated version of Dragon Quest XI comes to the Switch this September. This new definitive version brings with it a whole host of new features, including the ability to explore maps from previous Dragon Quest games, and the choice of enjoying HD or retro graphics while you play.

The standard turn-based combat is still there, and you have the ability to customize your characters as you gain strength and items along your journey. This is a welcome update to a classic JRPG adventure.

There’s only one big game release people will be talking about in October, and it’s a fun-filled Nintendo classic.

A fun and frivolous adventure, Luigi’s Mansion sees you playing at the mustachioed plumber himself as you explore a haunted mansion. Equipped with your trusty “Poltergust G-00”, you must find and defeat as many of the lurking ghosts and spirits as you can. The weaponry has definitely been upgraded from previous versions with a whole range of new action options to try out. Our favorite of these has to be the addition of “Gooigi”, a goo version of yourself that can pass through locked gates, avoid damage from spikes, and help you on your missions. Don’t let him near any open drains though.

Their multiplayer options look interesting too. Team up with a partner to allow Luigi and Gooigi to travel around together. Or, grab a larger group and see how you fare in the ScareScraper challenges.

The night’s get longer, and we have more reason than ever to stay warm inside with our beloved new releases.

For the puzzle solvers among us, the Layton’s series of games have been a popular choice for many years. In this latest installment, you get the chance to solve over 40 new puzzles including some updated versions of classic Nintendo DS puzzles as the game is transformed for the Switch.

This time, you’re playing as a brand new heroine, Katrielle Layton. You’re on a mission to find your missing father. Laced with intricate puzzles that all weave together to form a new story, it’s a fun and fascinating puzzle game for all the family to enjoy.

We’ve been waiting for what seems like an eternity, but the latest Pokemon game will be gracing our Nintendo’s by mid-November. The new land of Galar is a different kind of map, based on the UK and comes packed to the brim with quaint villages, sprawling cities, and impressive stadiums. There’s a whole generation of new pokemon to catch, and a whole new way of playing, as the player can freely control the camera for the first time ever.

The added battle options like the Dynamax battles that bring us supersized pokemon help to really make this game stand out from its predecessors. And, we have two new legendary pokemon to discover – Zacian and Zamazenta.

And now for the games that don’t have specific release dates yet, but that we know will soon make their way to the Nintendo Switch.

Prepare to scream, because one of my favorite horror survival games is making its way to the Switch this fall. Dead by Daylight lets you play as either a survivor or as one of your most loved bad guys from a multitude of horror franchises. Try and find a way to escape the killer’s evil clutches, or hunt down your prey until no-one’s left – the choice is yours

This is an online multiplayer game with a sky-high replayability factor. There are a range of maps you could be placed in, different characters to play as, and different ways to escape. The sound effects on this are second to none, so make sure you’ve got your headset plugged in and the volume off. Now, turn off the lights, and let’s get spooky.

After finding success on PC, PS4, and Xbox, Nintendo players are finally able to get their hands on this free-to-play MMO. You play as a Slayer, destined to keep the world safe from a crazy selection of monsters. Team up with friends or strangers to take on these Behemoths and customize your character by forging weapons and crafting armor.

Nintendo unveiled their gameplay trailer at E3 earlier this year and it looks like it stays pretty true to the other versions we know and love.

Sometimes, all you want is to head back to the good old days when pixels were your friends and you could spend hours trying to beat puzzle levels of video games. Well, that’s exactly what you’re getting with Inmost. This spooky story-driven platform game pulls you into a dark interconnecting story as you try and escape an abandoned castle.

There are three playable characters to choose from, each of which has their own part to play in the game’s narrative, and the retro, pixelated style feels just nostalgic enough to keep you coming back for more.

It’s been a long time coming, but finally, Animal Crossing will be making its way to the Switch in Spring 2020. And it’s bringing with it a whole new world to explore, and new neighbors to meet. This time around, you’re on a deserted island, working hard to make it a lovely place to live. You can fish, craft, farm, and interact with pretty much everything around you – just as you’d expect from the franchise.

Sure, it might not have the flashy graphics or adrenaline-pumping action of some of the other games on this list, but it’s classic Nintendo. It’s warm and fuzzy and relaxing, and I for one cannot wait to get back to work for everyone’s favorite tanuki, Tom Nook.

What are you most looking forward to from our list of the best upcoming Nintendo Switch games? Let us know in the comments below!