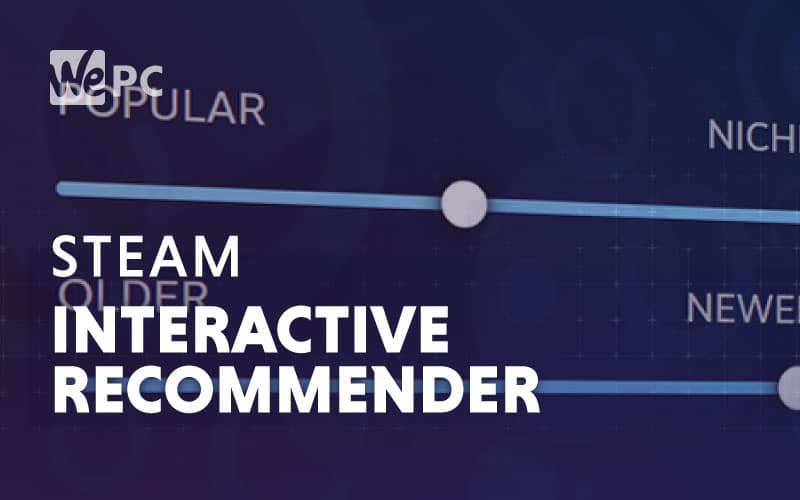 At the time of release, Valve decided to keep it separate from the existing recommendation model which is based on Steam’s tag system. This was to help further refine the system and squish any bugs that cropped up.

However, they recently announced that the system has gone fully live on Steam and will be built into the Steam Store. To take a look at it, all you need to do is click “Your Store” on the Steam front page and you should see a link for “Interactive Recommender” near the top of the dropdown.

What’s Changed With The New Release?

This newly released version of the tool has been tweaked somewhat. Recommendations can still be filtered by age and popularity but tag filters and exclusions are also now searchable. There’s even the option to exclude wishlisted games and any recommendation settings can also be saved for next time.

Valve said in their announcement: “The Interactive Recommender isn’t a replacement for our existing content discovery systems, but rather an addition to the variety of ways Steam recommends games to players. Although it’s a powerful tool, there are some things it can’t do. For example, it can’t recommend new releases that nobody has played yet, while the Discovery Queue is designed to do just that.”

What Other Tools Has Valve Got Up Its Sleeve?

Valve also mentioned that they would be using the technology behind the Interactive Recommender to build other tools on Steam such as a “Play Next” feature which recommends games already in your library which you haven’t tried out yet.

“That said, we are starting to use the technology underlying the Interactive Recommender to power other features on Steam such as Steam Labs Experiment 008: Play Next, which recommends games you’ve already purchased but for whatever reason have not yet played. The result is a Steam experience that is more effective at connecting customers to games they’ll love across a variety of scenarios,” Valve added in their statement.

This new Play Next feature was first announced in February and works in a similar way as the Interactive Recommender. However, it uses games already in your library to make new suggestions. This will be great if you’re stuck looking for something to do and don’t have the cash to spend on buying a brand new game.

We’re all guilty of leaving a few games gathering dust in our libraries that we’ve forgotten about – Play Next will be a useful reminder.

Nvidia Delivers On Its DLSS Promise With A New Update