What We Learned From The PlayStation 5 Livestream 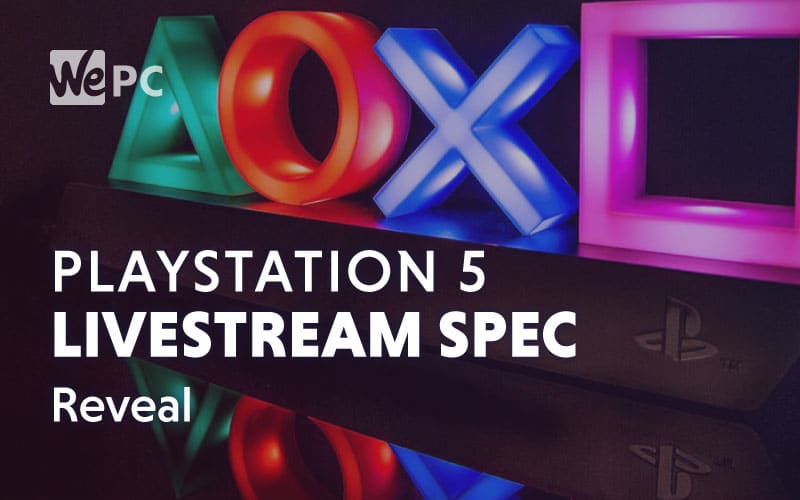 With months of speculation and the odd detail announced here and there over the past few months, we finally got some solid idea of the hardware specifications for the new PlayStation 5. This next-generation console will be released during the holiday season and will be going up against the new Xbox Series X model at the same time.

Details of the new console were announced during a live stream on March 18th and we’ll give you a quick rundown of the key details we learned during this presentation.

The first thing to know about the new PlayStation 5 is that it will feature a custom eight-core AMD Zen 2 CPU which will clock in at 3.5 GHz.

Equally impressive, the GPU will also feature a custom build from AMD which uses RDNA 2 architecture that produces 10.28 teraflops and 36 compute units clocked at 2.23 GHz.

The CPU and GPU will interestingly make use of variable frequency which will put it on par with how PCs operate. This means that the clock speed will depend on both temperature and demand. In some cases, unused CPU power could be shifted to the GPU which would enable the console to reach maximum speeds.

However, many are calling this a risky move as it will definitely depend on how well the console ages and whether it will be able to maintain cool temperatures after dust gets into it. This means that the 3.5 GHz power and 2.23 GHz power of the CPU and GPU respectively might not be always achievable which could prove to be a serious problem later down the line.

The SSD is Taking Centre Stage

Talk about the new SSD built into the new generation of PlayStation consoles made up a big section of the announcement today. This will serve to drastically increase load times when compared to its predecessor, the PlayStation 4.

The example, given by Mark Cerny, hardware lead of the PlayStation 5, showed that where the PS4 took around 20 seconds to load one gigabyte of data, the capability of the PS5’s  SSD can achieve five gigabytes of data in a single second.

This is an impressive improvement as the console will still require games to be stored on the SSD in order to be played and this will drastically reduce load times.

Another big talking point of the presentation was a look at how Sony will utilize 3D audio in their next system. This technology aims to make games more immersive and improve the sound quality on offer.

Mark Cerny names this improvement as the Tempest 3D Audio Tech and goes on to say “The first goal was to create audio for everyone, not just VR users or soundbar owners or headphone users. That meant audio had to be part of the console, it couldn’t be a peripheral. The second goal was to support hundreds of sound sources. We didn’t want developers to have to pick and choose which sounds would get 3D effects and which wouldn’t. We wanted every sound in the game to have dimensionality.”

This will allow players to feel like they’re actually part of the game rather than just having sound blasted straight towards them. Examples such as ambient rain noise that has droplets landing all around you give us an idea of what this could entail.

If done well, this will also help put gamers on the same level as those who use headsets. One of the main benefits of using a headset is being able to tell which direction a sound is coming from – something that gives a massive edge in competitive shooter games. If this 3D Audio works as intended, the same level of immersion will be possible headset-free.

How Does It Compare To The Xbox Series X?

With this new announcement, we can now give you a side-by-side comparison of the specifications for these two consoles.

While the numbers aren’t everything, they do give us a general idea of how these two consoles will perform, especially when it comes to internal storage. Although Sony spent a lot of time talking about their new SSD, on paper, the Xbox Series X version also looks promising.

Where the PlayStation will soar ahead though lies in the IO Throughput. Being able to push 5.5 GB/s of data through while the Xbox only manages 2.4 GB/s is impressive.

The specifications look very promising so far and we can’t wait to see how games run on this new console. We’ll have to wait until both consoles release to get an idea of how they stack up to each other though.

The great thing about this announcement is that backward compatibility will be something to look forward to if you’re worried about what games will be able to run on this brand new console. With nearly all of the top PlayStation 4 games being backward compatible at the launch of the PS5, we’re hoping it won’t be long until all of the games are available.

Did you watch the PlayStation announcement? What do you think of the hardware specifications that have now been revealed? We’d love to hear your thoughts on it all.