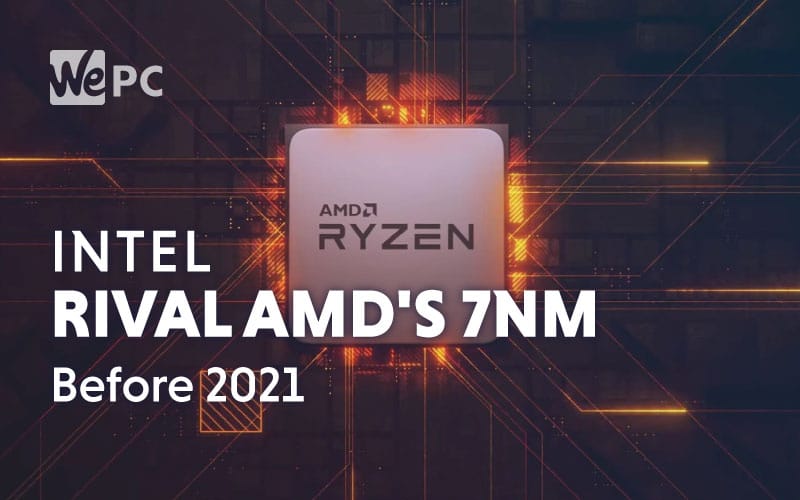 In a situation that would have been unheard of a decade back, Intel is struggling to keep up with AMD’s latest advancement. More specifically, within the realm of 7nm developments.

According to Intel’s chief financial operator, George Davis, Intel won’t be rivaling AMD anytime soon in that particular area. During a presentation at the recent Morgan Stanley conference, Davis revealed that Intel didn’t expect to manufacture its own 7nm node until at least the latter half of 2021.

It’s no secret that Intel has hit roadblocks sizing down its process, but Davis highlighted just how far behind the company is. He says that he doesn’t expect Intel to overtake AMD before it introduced a 5nm manufacturing process in what, right now, seems like the distant future.

Intel is widely expected to double down on its existing 14nm process with its upcoming Comet Lake-S CPUs. Although this might lead many to question Intel’s ability to rival AMD in the current year, Davis explained that Intel’s 10nm process requires a sizable downgrade of clock speeds, which is why manufacturers crutch on Comet Lake CPUs instead to ensure decent speeds.

The next few years will be interesting for Intel and highlight whether it can continue to dominate the high-end gaming sector with ever-higher clock speeds while it works away to produce a response to AMD’s 7nm process.

In the meantime, fine-tuning the 10nm process is likely to lead to higher clock speeds in next-gen CPUs, allowing the company to more or less stay afloat as AMD pushes out the Ryzen 4000 later this year.

To try and mitigate the consequences of Intel lagging behind AMD, Davis explained that the CPU giant would turn an eye to both AI and software in an attempt to limit the impact of AMD pushing ahead. Whether this will bear fruit in the ongoing battle with AMD remains to be seen.