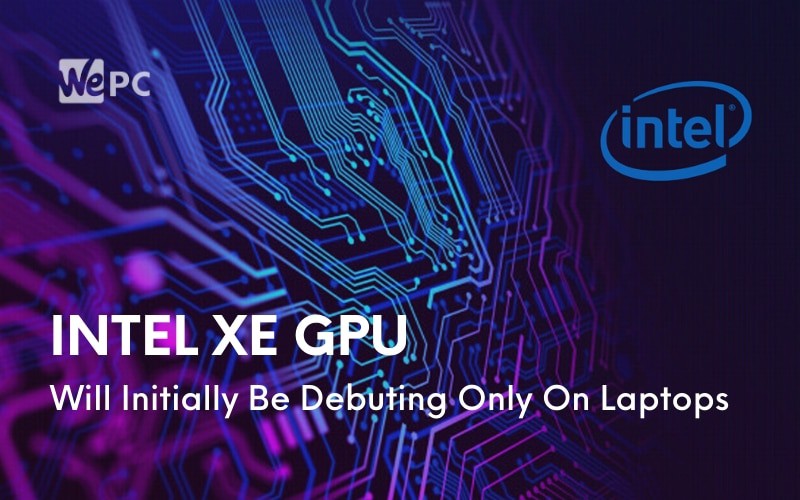 With more and more details emerging about Intel’s upcoming Xe GPU, we’re starting to get a clearer picture of what we may see. Many of us were no doubt excited by the thought of a full-size graphics card offering to rival the likes of AMD and Nvidia, however, a recent leak shows that this GPU will initially debut on laptops only.

As with most leaks these days, it was Twitter user Komachi who broke the news that the Intel DG1 GPU will be a low-power discrete graphics module, This can be integrated onto a laptop motherboard rather than a traditional GPU that consumers can buy separately.

This is great news for the mobile market as this will allow for greater levels of performance on laptops. The slide that gave this information originated from the Argonne National Laboratory and states that the PCIe form-factor of the DG1 is “only for the SDV and not a product”. This likely means that this is a test unit for optimizing software and gathering data and won’t be turned into an actual product.

This will come as a bit of a disappointment for those who were looking forward to another competitor to choose from in the graphics card market. While this still may happen in the future, there isn’t any indication that it will happen any time soon.

While it’s a shame that we won’t be able to get our hands on these products any time soon, it’s great to know that Intel is committed to a future in the graphics card market.

We’ll probably see some Intel Tiger Lake and DG1 laptops in the near future but these probably won’t be something you’ll be looking to game on. When it comes to GPUs on the higher end of the scale, the Intel Xe-HP and Xe-HPC are set to tackle deep learning and data crunching in the data-center market.

This is confirmed by the fact that the Argonne Leadership Computing Facility has plans to power Aurora, its next supercomputer by Intel Pone Vecchio GPUs. Again, this is definitely something we won’t ever see in our own builds, but it won’t be long until the technology starts to trickle down to cards we can purchase.

If we hear any more news on Intel’s graphics card outings we’ll be sure to let you know. For now, be sure to keep checking back here at WePC where we’ll bring you all the latest news.