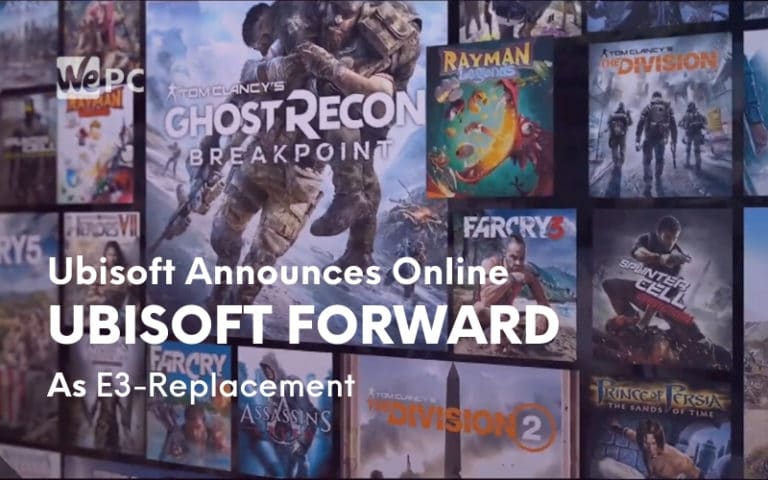 With many developers and publishers left short of a platform to promote their latest and upcoming games in the wake of the cancelation this summer’s E3, many are hosting their own events to fill the void. Ubisoft has announced that it is hosting its own E3-style press conference, dubbed Ubisoft Forward.

Ubisoft confirmed Ubisoft Forward is scheduled to take place roughly a month later than the usual E3 slot on July 12 at 12 pm PDT/9 pm CEST and will be broadcast on official channels on YouTube, Twitch, and similar platforms.

In terms of what fans should expect from the presentation, Ubisoft explains it will offer a spread of reveals and news in a fashion similar to its usual E3 presence. An official news wire on the Ubisoft website explains, ‘with physical gaming shows around the world postponed due to the COVID-19 pandemic, Ubisoft will be hosting its first digital conference, called Ubisoft Forward, on July 12 at 12 pm PDT/9 pm CEST. Get ready for an E3-style showcase with plenty of exclusive game news, exciting reveals, and much more.’

As for what games Ubisoft will showcase, Assassin’s Creed Valhalla is all but guaranteed given the marketing gears churned to life but a few short weeks ago, and we’ve yet to see proper gameplay.

Alongside, Ubisoft has quite a few games percolating, including delayed titles such as Watch Dogs Legion, Rainbow Six Quarantine, and Gods and Monsters. We are also due some news about long-in-development titles like Beyond Good & Evil 2 as well as pirate adventure Skull & Bones.

Back in October, Ubisoft said that it planned to release five AAA titles by the end of the next fiscal year, or in other words, by the end of March 2021. We’ve seen Assassin’s Creed Valhalla, Gods and Monsters, Watch Dogs Legion, and Rainbow Six Quarantine, which leaves one unannounced title that is widely expected to be a new entry in the Far Cry franchise. We also can’t discount the odd few surprises.