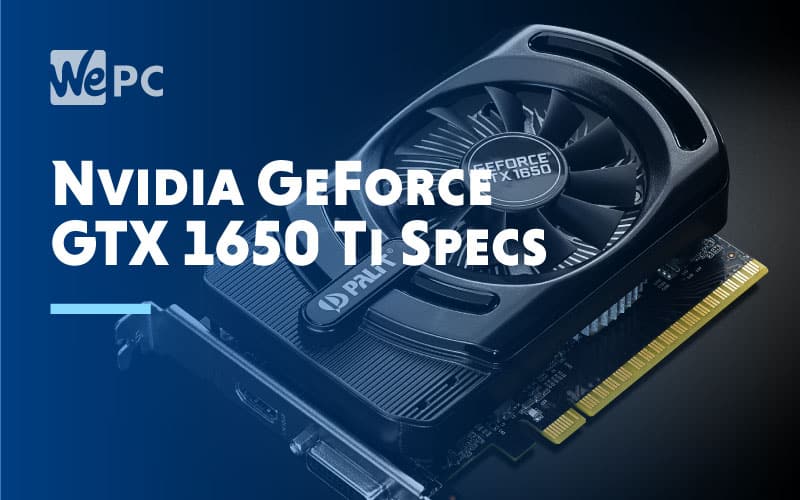 We already know that Nvidia is getting ready to release their GTX 1650 Ti at some point this year. However, recent benchmarks have been released of the GPU, brought to light by Geekbench.

We have seen leaks of the mobile version of the 1650 GPU which confirms that it will be released for both desktop and mobile users at some point this year.

What Do The Leaked Specs Say?

It looks like the GTX 1650 Ti will have 4 GB of GDDR6 memory and will run across a 128-bit bus interface. In terms of clock speed, the mobile version looks to be clocked at 1.49 GHz. We expect that the desktop version will have a higher clock speed of course.

Another interesting feature in the leak is that the 1650 Ti will have 16 streaming Multiprocessors instead of 14 which the previous GTX version had.

Where Will The GTX 1650 Ti Model Sit In The Market?

The GTX 1650 Ti scores 44246 points in the Geekbench 5 benchmark, meaning that it will be one of the fastest models across Nvidia’s Turing series of notebook GPUs.

When Will The GeForce GTX 1650 Ti Be Available?

We don’t yet have a firm release date on this GPU. However, the timing of this leak gives us some hints about when we can expect to see the GTX 1650 Ti hit the market.

Given that it was leaked alongside Intel’s new 10th Generation core i7-H CPU, we think the GTX will be made available by the end of March this year which is when Intel intends to drop their offering.

As always with leaks, we should be careful to take the information with a pinch of salt. Of course, the moment we know more concrete information about when Nvidia intends to release the 1650 Ti model, we will keep you posted.