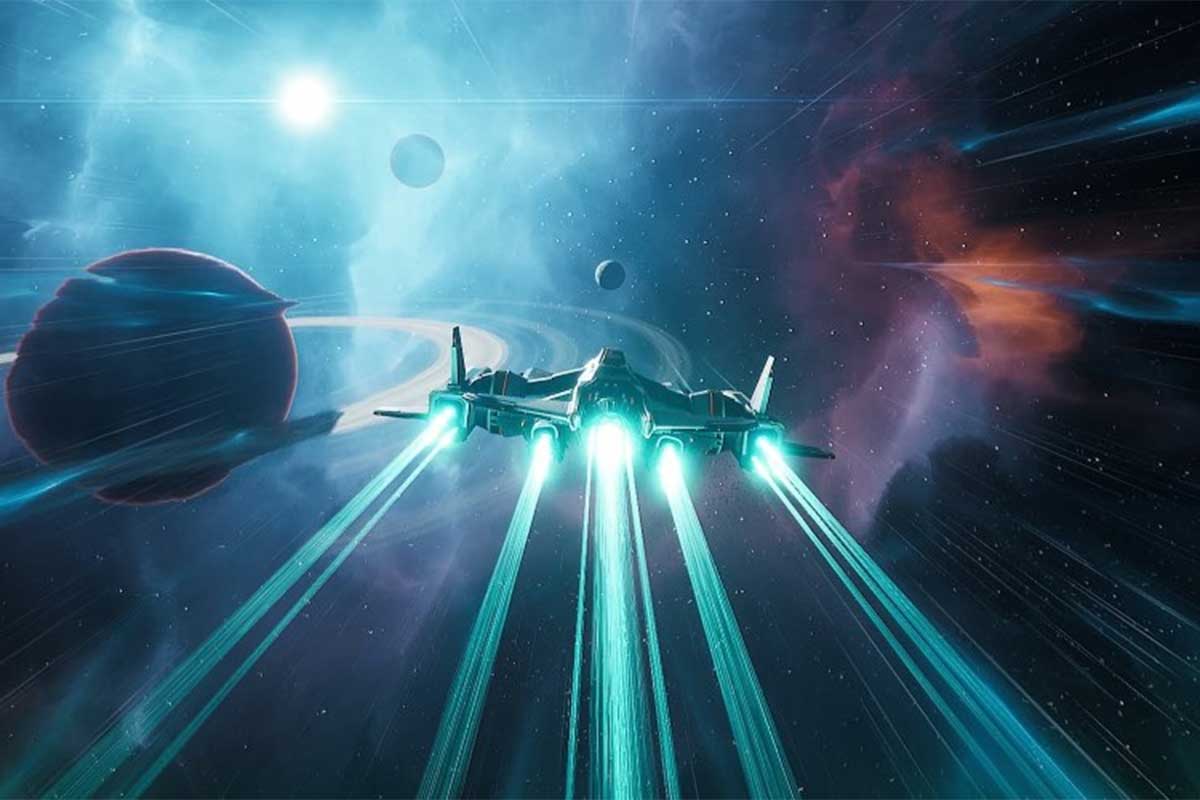 E3 may be canceled, but in its place are a whole host of smaller digital-focused events, showcasing dozens of upcoming and freshly announced games. We’ve watched through IGN’s Summer Of Games, The Guerrilla Collective stream, The PC Gaming Show, and The Future Games Show, and whilst each of the shows varied in themes, vibes, and presentation styles, they all brought a selection of interesting-looking game trailers.

If you missed some or all of these live streaming events, you might be missing out on some of the more interesting upcoming game announcements. This time of year is when a lot of cool games news comes out, but sometimes games can fall between the cracks of the bigger announcements.

We’ve picked out the 15 game trailers that we think are most worth your attention, and got us excited to play the games when they eventually release. These trailers were all released over the weekend at one of the different gaming events, but you can catch up on exciting game announcements by just checking out the trailer here. These games will all be coming to our almighty grey box, with each of them being confirmed for PC, although some will also be coming to other platforms.

As shown during The PC Gaming Show, this is a beautiful looking wilderness survival game, about surviving against the elements, exploring remote woodlands, building out your cabin, and being one with nature. It’s got a gorgeous color palette and an inviting visual style. It’s available right now in early access, via the Epic Game Store.

As featured in The Guerrilla Collective stream, “Eldest Souls” has a nice ring to it. It’s a pixelation boss rush game, with punishing difficulty and precise action. As you take out each of the bosses, you gain an ability based on their attributes. It’s got an interesting combination of RPG systems and action gameplay, and there are some really creative enemy designs. It’s currently scheduled for a release on Steam later this year, but with no precise release date yet.

Shown at The PC Gaming Show, this is the sequel to 2016’s Everspace. It’s a vast and expansive space shooter, with huge scope for interplanetary exploration. It’s also got deep and robust ship customization options, and dogfighting in space with dozens of different enemy crafts. The sequel looks to have a nice jump up in polish and graphical fidelity compared to the original game. It’s due for an early access release on Steam by the end of the year, with the final version currently scheduled for release sometime in 2021.

We’ve already had a few glimpses at Ghostunner, but the new trailer shown during IGN’s Summer of Gaming stream has got us even more excited. It’s a hyper-violent neon-soaked freerunning murder simulator, and it looks and feels fantastic to play. You’re a highly lethal and highly mobile killer, running and jumping through an industrialized future full of hostiles. You’re dead in one hit, so you have to keep moving. You can dodge incoming enemy fire in midair, you can dash right up close to an enemy to dice them into little pieces, and if you’re fast enough you can dispatch your enemies before they’ve even seen you. We played the prior demo of this and loved it. We can’t wait to get our hands on the final version of the game when it releases on Steam later this year.

One of the highlights of The PC Gaming Show, Gloomwood is a retro-styled first-person action game, with a low polygon minimalist art style, which evokes the likes of Thief or Quake, and feels like it could be straight out of the 90s. It features lots of sneaking around to try and get the jump on enemies, as you creep around waiting for a chance to stab them in the back. It’s not completely focused on stealth, as you’ve got a shotgun and other guns for moments when you do find yourself cornered. It’s got a few immersive sim elements, where you’re peeking through cracks in doors to spot what’s lurking ahead, different surfaces will produce different volumes of sounds from your footsteps, and you can pick up and throw items to distract enemies. It’s an appealing concept, paired with a really well-executed visual style, with a free demo available right now on Steam, but no concrete release date for the full game yet.

Continuing the low poly retro theme is Hotshot Racing, unveiled at The Future Games Show, a bright and colorful retro racing game, clearly inspired by arcade racers like Daytona USA and Virtua Racer. Here you’ll be tearing around the track as you drift around bends, outrunning the cops in a cat and mouse chase, and charging up your boost to get ahead of the pack. It’s got some really bold use of color and lots of clean lines and solid untextured tracks and cars. Most racing games these days take themselves quite seriously, so this is a nice breath of fresh air. There’s no specific release date yet, but this will be out on Steam sometime this Summer.

Well, this is somewhat a change of pace. Lake was just announced at The Guerrilla Collective stream, and it’s an extremely wholesome premise. You play as a delivery driver, taking letters, parcels, and packages to different people around the community of a lakeside town in 1986 Illinois. It’s an open-world driving game, with low stakes and relaxed vibes. This is more about immersing yourself in a game world than it is about overcoming any particularly demanding challenges. You’ll get to meet different characters along the way, and there is a branching story to follow, but this is first and foremost a gentle slice of life. Lake is due for release on Steam before the end of the year.

I ain’t afraid of no ghost, and if you aren’t either, you might have what it takes to handle Midnight Ghost Hunt. This new trailer was shown during IGN’s Summer Of Games gives us a closer look at some of the different apparitions and evil spirits that will be lurking in this online game. This is a multiplayer survival hide-and-seek game, where you get to take control of either a team of ghost hunters or turn the tables and play as the ghosts. There are all sorts of fun ghost hunting equipment to play with, and lots of different types of objects for ghosts to hide inside and possess. It’s coming to Steam when it’s ready, but there’s no release date so far.

Taking clear inspirations from the various different Souls games by From Software, Mortal Shell is an action RPG with punishing difficulty, elaborate boss fights, and an oppressive tone. Your movements and attacks are all slow and deliberate, and you’re encouraged to time your attacks just right, instead of rushing in without discipline. We’ll have to wait and see if it is able to measure up to the games that inspired it when Mortal Shell comes out later this year, exclusively on the Epic Game Store.

At The PC Gaming Show, we saw Per Aspera, a game about terraforming Mars. You’ll be gradually converting the planet to support human life by raising the water levels, cooling the temperature, and maintaining breathable air. It’s heavily researched, pulling in martian geographical data from NASA, and will see you developing a series of interconnected habitable structures, as you experiment with managing the complex overlapping resource requirements of a human colony on an alien world. This is perhaps a game for those who like experimenting with intricately modeled simulations, or who dreams of leaving behind this floating rock we call earth. Per Aspera is due for release on Steam later this year.

During The PC Gaming Show, we got shown a new trailer for Prodeus, another retro-inspired first-person shooter. This is blending a classic aesthetic style with modern visual effects, where enemies burst into fountains of blood as you riddle them with bullets, there are impressive looking lighting effects from your laser weapon, and explosions convincingly illuminate the areas around them. The game includes an in-game level browser, for trying out custom-built player-made levels, and it’s scored by an appropriately metal soundtrack. Prodeus is due out on Steam at some point later this year.

Shown at The PC Gaming Show, this is a relaxing game about sailing across a vast and expansive desert, aboard a ship that’s powered forward by the titular red sail. There’s a serene ambient score, and big open stretches of desert to explore, littered with pockets of civilizations. These vibes are evocative of the sailing aspects of games like Wind Waker, and the world design is somewhat reminiscent of Journey. One to keep an eye out for, when it releases on Steam at some point in the future.

Show as part of the Guerrilla Collective stream, Roki is a cinematic side-scrolling adventure, where you’ll take on an unforgiven frozen wilderness, meeting a host of different “monsters that shouldn’t exist”. Roki is drawing on Scandinavian folklore for inspiration, with locations and characters drawing on classic fairy tales. Roki is scheduled to release on Steam on July 23rd.

This remaster had been known about for a while, but The PC Gaming Show was our first look at it in action. This is a game that was pretty ambitious for its time and dealt with occult themes and ritualistic murders. This remaster is particularly noteworthy because it’s been handled by Nightdive Studios, who have done a fantastic job with their previous remasters of 90s titles like System Shock 2, Doom 64, Turok: Dinosaur Hunter and more. Their remasters are typically extremely faithful to the original source material, but use today’s far more powerful systems to enhance visuals and performance, and iron out any bugs or other shortcomings from the original release. Shadow Man Remastered will support resolutions up to 4K, is going to restore some content that was originally cut from the game, and they’re going to be subtly tweaking some of the enemy AI to behave itself a bit better. We’re excited to revisit this horror action game when it releases some time next year.

I saw a few early gifs of this one on Twitter, and it immediately grabbed my attention. The full trailer, delivered as part of the IGN Summer Of Games, suggests that this is going to be quite an interesting game. Skate Story takes the classic skateboarding action of games like Tony Hawk or EA’s Skate but blends it with a psychedelic out there presentation. Instead of skating around empty warehouses and inner-city parks, you’re exploring a striking world of abstract architecture and mysterious lights. The skating itself seems realistic, but the locales you traverse seem anything but. It’s perhaps going to be more about soaking in this particular mood more than racking up mad combos, but we’re certainly curious to find out more. There’s no release date for Skate Story yet, the developer simply says it’s “Coming soon”.

These are our top pick of trailers for games that were shown at these various different gaming live events over the weekend, but let us know in the comments if you’ve spotted any other noteworthy game announcements. There’s been quite a large upheaval for different developers and publishers, and the cancellation of essentially all major in-person games industry events has forced lots of different industry players to think on their feet for how to react to this shifting landscape. Digital events like these will probably be part of the landscape going forward, but it’s still to be seen if they can completely replace the need for boots on the ground at big industry events sometime in the future.