I think it’s safe to say that nobody got their 2020 predictions about anything correct. When we all answered the “Where do see yourself in five years?” question back in 2015, I would be very surprised if anyone said, “In the middle of a global pandemic that’s seen us in lockdown for months and widespread protests featuring crowds of thousands” (and if you did, then hit me up because I want you to pick my lottery numbers). And so, this summer has been somewhat atypical for the gaming industry.

Nevertheless, we still have a whole host of exciting new game releases to look forward to in these dark times. With some titles getting their release dates pushed back like The Last of Us Part 2 and Cyberpunk 2077, the lineup is looking better than ever.

So, let’s dive right in and take a look at this summer’s hottest game releases across PC, PS4, Xbox One, and Nintendo Switch.

While a mixture between an FPS and an RTS might not sound like the most well-conceived match, Disintegration looks set to be an instant hit. Add to that the fact that players can communicate with other pilots using emojis and you’ve got a very unique game release on the horizon.

Disintegration releases on June 16th on PS4, Xbox One, and Windows PC.

The Last Of Us Part 2

The Last of Us Part II - PlayStation 4
Buy on Amazon

Possibly one of the most anticipated games of 2020 is finally coming to our consoles this summer. Despite some spoilsports leaking footage of the game before it’s release, this is still pegged to be one of the biggest games of the year.

Continuing the story from The Last Of  Us, Part 2 has you play as a more grown-up Ellie still living in a post-apocalyptic zombie-filled world. Ellie’s skill set is different from Joel’s (she can swing on ropes you guys) so we’ll get to see a different kind of approach to combat encounters in this game.

Let’s not lie, at some point in our lives we’ve all imagined flying around in a mech suit being a superhero while also being a “genius, billionaire, playboy, philanthropist”, right? Well, now we can. Sort of. Yes, we’re talking about the upcoming Marvel’s Iron Man VR game that’s making it’s way to PSVR this July.

So, break out your dated, obnoxious sunglasses and get to work on that goatee. It’s time to suit up!

If, like me, you have nothing but fond memories of the classic series of Honey, I Shrunk The Kids movies, then Grounded is a game you won’t want to miss out on this summer. Following on from the incredibly successful (and amazingly queer) The Outer Worlds, Obsidian’s follow up looks set to be another smash hit.

Playing as tiny humans, shrunk down to the size of ants, you get to explore your backyard. You’ll need to scavenge for resources, build up your base, and fight your way through the hostile environment. Be warned: bugs are BIG in this game.

Wasteland 3 - Xbox One
Buy on Amazon

We might have been expecting this game to drop back in May but thanks to the Coronavirus outbreak, we’ve had to hold out a little longer. But, the wait is almost over and the next installment in the popular series is nearly in our hands. This game will be set in a different post-apocalyptic part of America than its predecessor and has already been called “prettier and more polished” in reviews. We know we can’t wait.

Wasteland 3 releases on August 28th for PS4, Xbox One, and PC.

History buffs rejoice! A Total War Saga: Troy is taking the franchise further back in time than ever before as it sets itself around Homer’s The Illiad. One wooden horse does not a campaign make though, the game expands beyond the most famous moment from this period. Filled with Gods, monsters, and glorious heroes this has got many fans of the series very excited.

We might not be getting any new Marvel movies this summer like we were hoping for, but a double dose of Marvel video games does help to soothe the pain a little.  Despite a rocky reception thanks to the, frankly off-putting, character design this game still has a lot of excited followers.

With a star-studded voice cast (Laura Bailey, Travis Willingham, and Troy Baker to name a few) and a storyline set in everyone’s favorite movie franchise, we can’t wait to see what this game has in store for us.

Anyone who’s a fan of racing games will be looking forward to this upcoming release from the Fast and Furious franchise. Another game with a delayed release date, Crossroads was originally supposed to be hitting shelves in May but has since been pushed back to it’s new August date.

While we don’t have any solid details on a storyline just yet, what we do know definitely aligns with what you would imagine. You’ll be completing high-speed heists and taking down enemy vehicles.

Fast & Furious Crossroads releases on August 7th on PS4, Xbox One, and PC.

After seven whole years playing through Crusader Kings 2, we are finally being graced with the third iteration of the game.  From what we’ve seen so far, it looks very familiar - in the best way possible- but Paradox says this game will place more focus on characters and storylines.

For Crusader Kings 3, you play as a character in control of your own nation, rather than playing as a faceless country, helping to lean more into the RPG side of this RPG Strategy game.

We only just got the announcement that this game was a thing, and we’re already closing in on the release date! That’s a time frame we love to see. With a tracklist reminiscent of the original Tony Hawk games, this is sure to be a high-definition trip down memory lane.

A mixture between a remaster and a remake, fans are pumped to see this classic title brought up to 2020 graphics standards.

If you don’t already know what Cyberpunk 2077 is then where have you been hiding? Just, trust me, it’s going to be amazing.

Which game are you most looking forward to from our list? Let us know in the comments below!

The Future Of Xbox 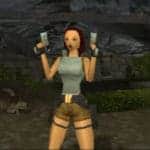 Your Favorite Childhood Games To Rediscover This Summer 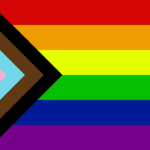