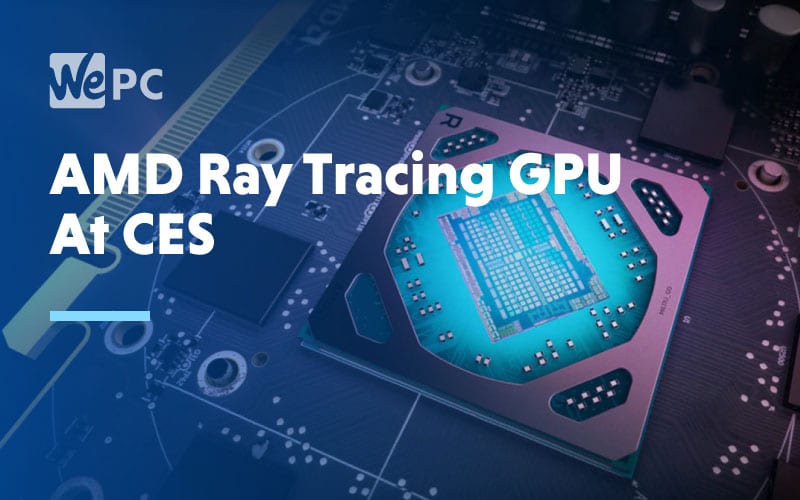 While it doesn’t look like this will happen in time for Black Friday, we’re expecting some sort of announcement during CES in January 2020. Due to recent rumors surfacing, this is looking likely.

What Do The Rumors Suggest?

According to Chiphell forum member Wjm47196, AMD will be unveiling a second-generation Radeon DNA Navi GPU architecture at CES in Las Vegas.

While rumors should always be taken with a pinch of salt, the track record of Wjm47196 is not to be underestimated. This Chiphell user has previously posted a lot of information about AMD’s first-generation Navi architecture before it launched which all turned out to be true.

Another thing worth considering is that we already know AMD will offer ray tracing support in future Navi GPU architecture. PlayStation 5 and Xbox’s Project Scarlett will be featuring this, although based on a custom silicon. It means we can expect this development from AMD soon, but the question is when.

When Could AMD’s New GPU Be Released?

Betting on a CES announcement doesn’t mean the GPU would be released soon after, however. Whenever AMD has made announcements for new products or roadmaps in January, they haven’t been released until June or July.

If this announcement is made in January next year, we might not see any release for another 6 months or more, which would be in line with what AMD has done in the past with previous GPUs.

What Will AMD’s Navi 20 Feature?

The next version of AMD’s high-end Navi 20 will be based on a 7nm manufacturing process (7nm+).  With this in mind, we can expect these cards to have faster clocks, better power efficiency, more GPU cores and presumably ray tracing too.

This is assuming that nothing in AMD’s roadmap has changed. Besides these assumptions, we don’t really know a lot in terms of official information. We’re still unsure whether the Navi 20 will be going up against NVIDIA’s top graphics cards or indeed what NVIDIA’s graphics cards will look like at the time of Navi 20’s release.

Whatever happens in the graphics card market in the next few months, it looks like we’ve got a few exciting announcements and launches to keep an eye out for.