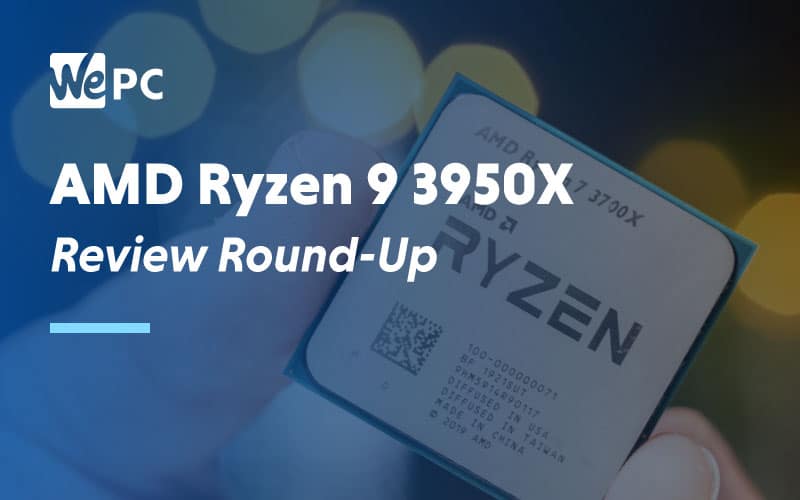 The review embargo for AMD highly-anticipated Ryzen 9 3950X has now officially listed, and the reviews are pouring in from the tech press.

The early consensus is that AMD has produced an excellent CPU that brings high core counts to the mainstream with the performance to match.

It’s deemed across the board the most powerful and efficient CPU within its price range. Both gamers and prosumers needing multi-thread performance will find that the Ryzen 9 3950X has a lot to offer.

Get it for yourself with our AMD Ryzen 9 3950X Where To Buy guide.

Here’s what the reviews are saying.

The Ryzen 9 3950X brings the most threaded horsepower you can cram into an affordable motherboard, creating a new class all its own in the process. The copious helping of 16 cores and 32 threads redefines the possible for the mainstream, and the comparatively affordable price-per-core is a great value.

Overall the Ryzen 9 3950X is as stunning as it is disruptive in terms of performance. It’s forced Intel to drop its prices in a big way, offers incredible multi-threaded performance for the money and is compatible with older AM4 motherboards too. You won’t see big gains over other 3rd Gen Ryzen CPUs in games and most lightly-threaded tasks, but if you mix content creation with gaming and don’t want to step up to a high-end desktop platform, it’s currently the best CPU by far and the most impressive yet from the Zen 2 architecture. Great job AMD.

The Ryzen 9 3950X represents the pinnacle of AMD’s single-threaded and multi-threaded performance. It offers both of those things in the same CPU rather than asking users to choose between one or the other. It demonstrates sustained, multi-year double-digit performance improvements, even considering the constraints of bringing a 16-core part into a dual-channel memory configuration — constraints that do not seem to bind third-generation Ryzen as much as some, including myself, were concerned they might.

With the Ryzen 9 3950X, AMD has delivered a high-performance 16-core processor to the cost-effective, mainstream AM4 platform. And in doing so, AMD positions itself well to compete against Intel’s current and upcoming HEDT lines.

The Ryzen 9 3950X is the most impressive CPU we have seen from AMD, not only when it comes to beating Intel, but also when it comes to taking full advantage of the new 7nm process and microarchitecture.